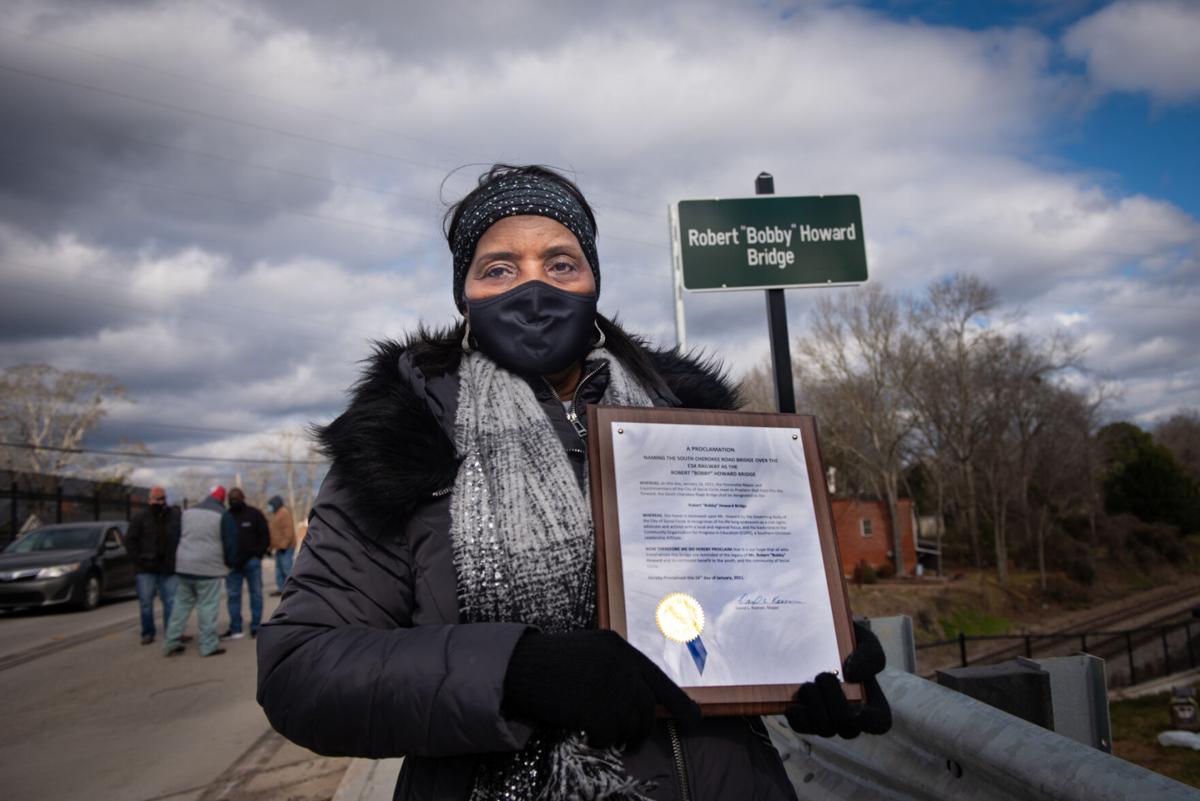 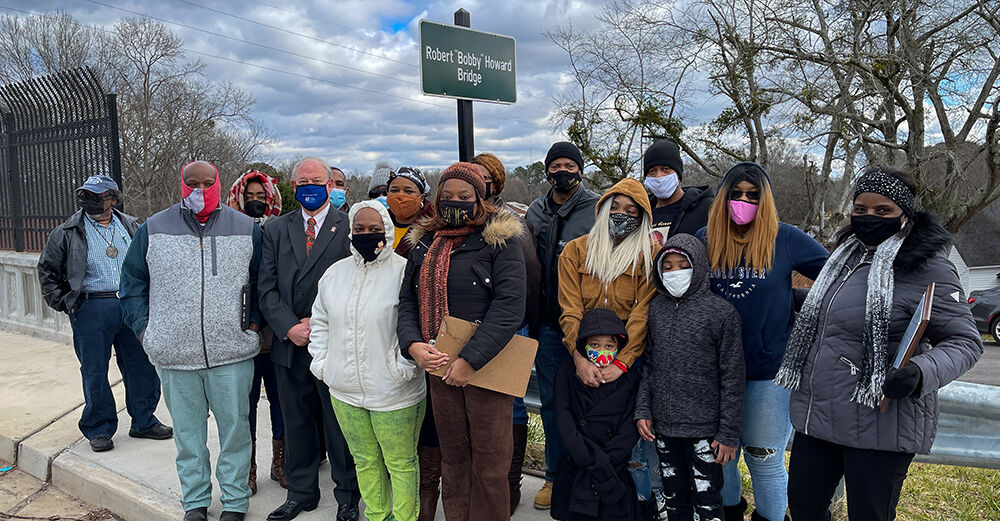 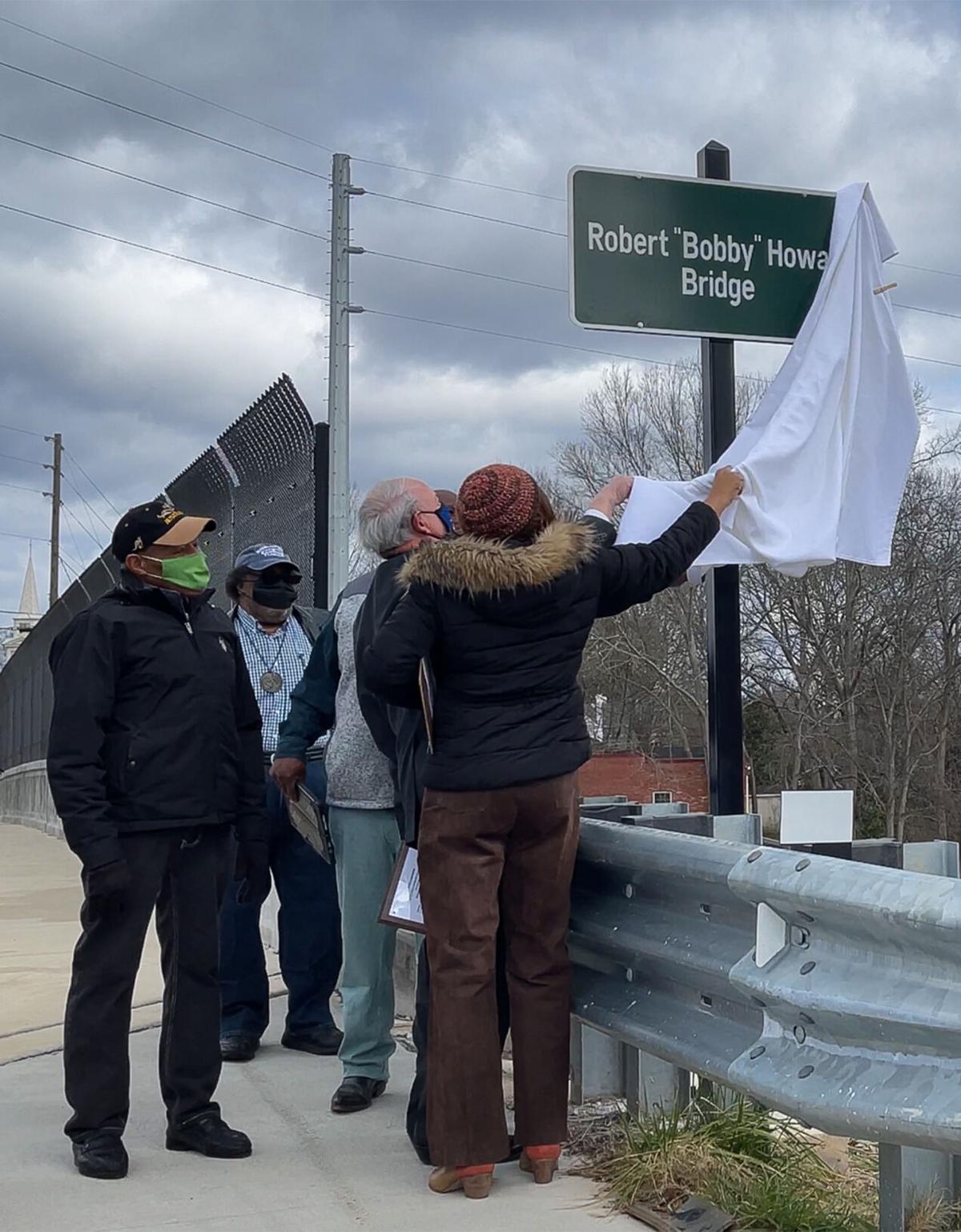 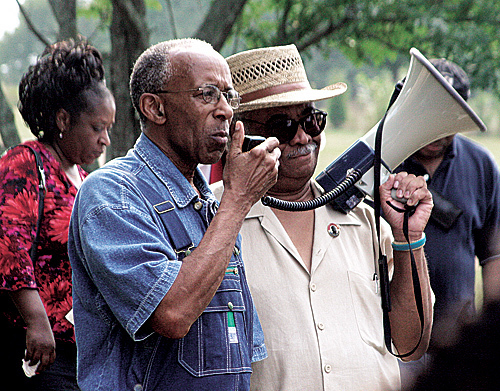 From left, Bobby Howard of the Moore's Ford Memorial Committee speaks to a crowd as state Rep. Tyrone Brooks looks on July 25, 2006.

It took a long time to get there, but the city of Social Circle honored local civil rights activist Robert Howard on Saturday as it unveiled his name on the new bridge on South Cherokee Road.

The Robert “Bobby” Howard Bridge, which spans the CSX railroad tracks just outside downtown Social Circle along the old Highway 11, was dedicated over the weekend in the name of Howard, who fought alongside civil rights legends and pushed for greater representation for Black voices in the local arena over the decades.

“We come to honor a man who spent his life in Walton County to do good for people,” Bishop William Davenport, pastor of Corinth Missionary Baptist Church, said in his dedicatory prayer at the beginning of the ceremony.

Mayor David Keener read the proclamation naming the bridge, which was rebuilt in 2019, after Howard, who was a longtime advocate of civil rights matters in the area. He met Dr. Martin Luther King Jr. in 1967 and was inspired to continue his work in the local arena, where Howard fought for matters such as integrating local schools and the city pool, as well as the continued search for justice in the unsolved Moore’s Ford lynching.

From left, Bobby Howard of the Moore's Ford Memorial Committee speaks to a crowd as state Rep. Tyrone Brooks looks on July 25, 2006.

Howard, who has Alzheimer’s and was unable to attend the ceremony Saturday, was nonetheless lionized by many, including members of the Social Circle City Council.

Price was one of two council members who fought early for the honor after Howard’s wife, Rachel, visited the council last summer to ask the city to name the bridge after her husband.

Price and Tyson Jackson supported the action, but were initially stymied by former Councilman Charlie Akin and Councilman Steve Shelton, who wanted to delay action to find another avenue to honor Howard.

At the time, Keener tabled the matter, but it was revived later last year with no opposition and the bridge named after Howard on a unanimous vote.

Jackson said it was long overdue.

“He continued to fight for justice and equal rights for all,” Jackson said. “He was a foot soldier, fighting for the same rights as MLK. It’s humbling for me. Without Mr. Howard’s labor, I probably be standing here in my position today.”

Rachel Howard, after receiving a framed copy of the proclamation naming the bridge after her husband, also spoke, saying it was appropriate the bridge bore his name.

“He used to cross the old bridge here every day to take a lunch to his father down at the mill,” she said. “And then he later crossed it every day to go work at the mill himself.”

The bridge also symbolizes what he constantly fought for, Rachel Howard said.

“I want to thank you all who supported naming this bridge after Robert ‘Bobby’ Howard,” she said. “It is befitting we name this bridge after Bobby. A bridge is about connecting two points and Bobby fought every day to forge connections for greater equality. He wanted an end to injustice. We are deeply appreciative.”