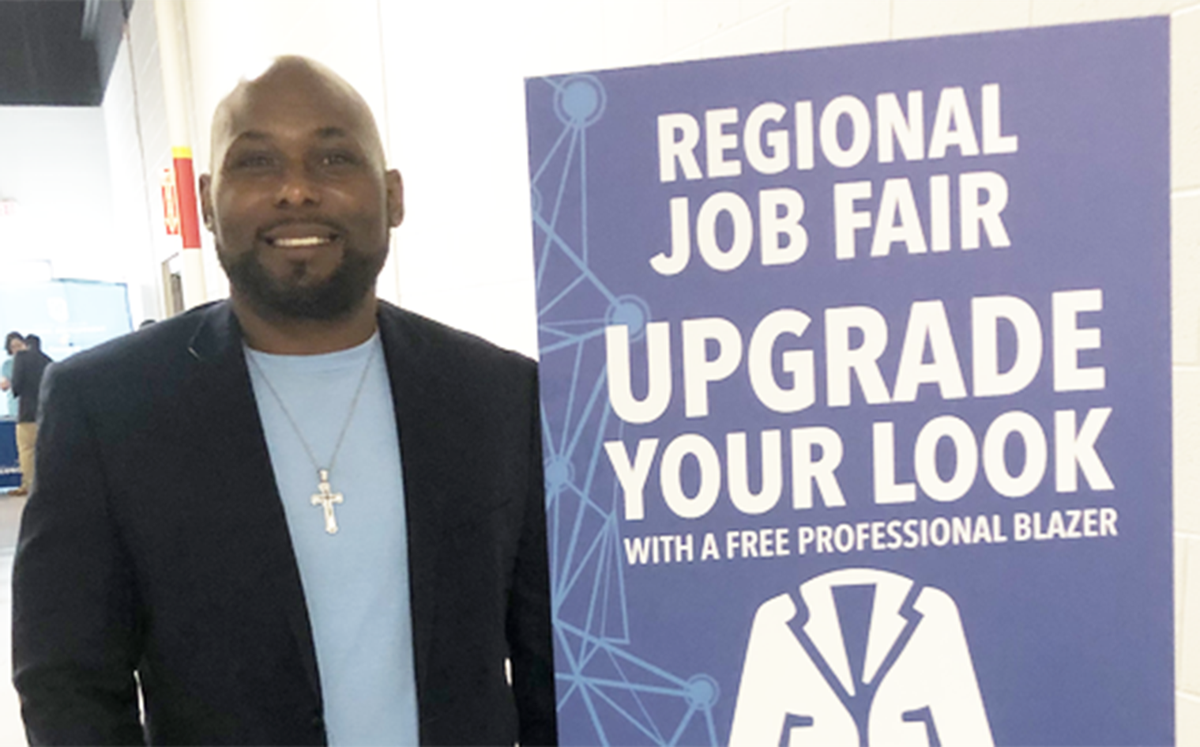 A job-seeker at the 2019 Regional Job Fair at Georgia Piedmont Technical College shows off a jacket he received from Goodwill of North Georgia. 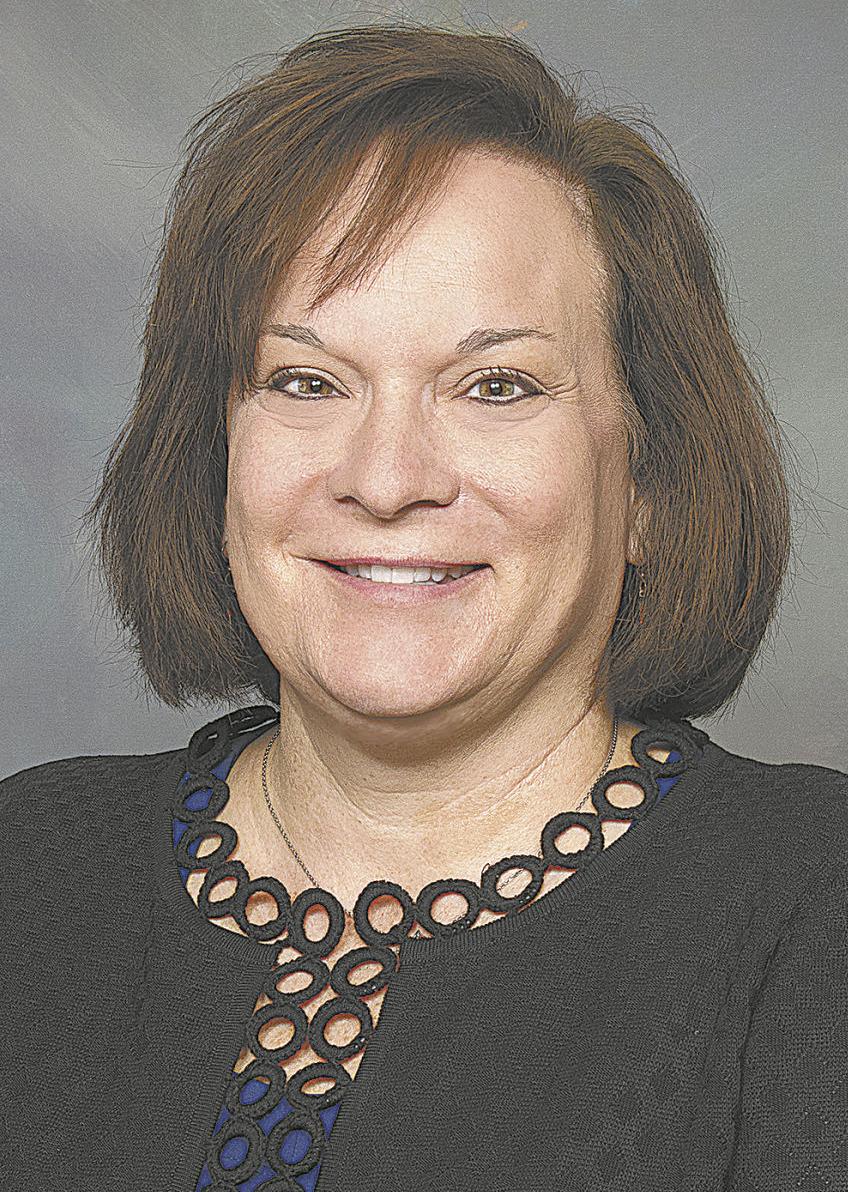 Dessa Morris joined the Development Authority of Walton County in 2017.

COVINGTON, Ga. — Elaine Armstrong remembers seeing job-seekers’ faces light up and their confidence immediately appear to increase in 2019 simply because they donned an article of clothing.

Armstrong, who is vice president of marketing for Goodwill of North Georgia, said she helped fit job-seekers with jackets and blazers the nonprofit donated during the 2019 Regional Job Fair at Georgia Piedmont Technical College’s Newton campus in Covington.

“You can definitely tell the experience of putting something on and looking in the mirror and a smile come across your face,” Armstrong said.

“That was exciting for me, to see the transformation as those job-seekers were putting on those jackets and blazers, and we’re looking forward to providing that again,” Armstrong said.

The 2021 Regional Job Fair will feature dozens of local and regional employers from a variety of industries Thursday at Georgia Piedmont Technical College’s Newton D Conference Center at 8100 Bobby Williams Parkway in Covington.

It is set to feature about 60 local employers from Newton and Walton counties in the fields of manufacturing, film, entertainment, public safety, local government, education, biopharmaceutical, high-technology and distribution who are planned to attend the Job Fair.

Goodwill of North Georgia plans to donate about 100 suit jackets to those needing them for interviews at this year’s Job Fair, Armstrong said.

The nonprofit also donated the same number of jackets to job-seekers in 2019 — which was the last year the Regional Job Fair operated as an in-person event in Covington, she said.

She said GPTC officials “reached out and asked if we would like to participate” in this year’s event.

“(GPTC) partners with us on several of our job training programs,” she said.

“We definitely said ‘yes’ to the opportunity,” Armstrong said. “It’s our pleasure to participate and provide these things so that we can continue to help fulfill our mission of connecting people to jobs and putting them to work.”

Many employment experts recommend applicants give themselves an edge and “dress for success” by wearing business attire of some kind to a job interview.

Armstrong admitted Goodwill did not receive the $1,000 to $1,500 in sales of the jackets but its mission is to connect “good people with good jobs, better jobs or careers.”

“It’s in our wheelhouse — it’s what we do all day at Goodwill,” Armstrong said.

“We know that sometimes it may be difficult for those who don’t have a job already, or who are not working,” she said. “They may not have the work attire to meet with an employer, particularly (since) some of those employers at the job fair are hiring on the spot.”

Armstrong said the effect on job-seekers in 2019 was noticeable when they received their jackets.

“You stand up a little straighter and you walk out that door — where we had the jackets — and to the Job Fair with a little more confidence,” she said.

Dessa Morris joined the Development Authority of Walton County in 2017.

Dessa Morris, workforce development director for the Development Authority of Walton County, also participated in the 2019 event and said the donation effort had a ripple effect.

It allowed organizers to teach some of the younger job hopefuls about less tangible skills they needed to show potential employers during interviews, she said.

"They received a blazer and a pep talk," Morris said, laughing.

Goodwill of North Georgia was established in 1925 and is a member of Goodwill Industries International, which includes about 150 Goodwill agencies in North America.

It uses the profits from those centers to fund its series of 13 career centers and to support job training and placement programs free to a range of people seeking work.

They allowed Goodwill to connect more than 24,000 area residents with jobs in 2020, including many from groups who traditionally have difficulty finding employment such as people with disabilities, single parents, and people with criminal backgrounds, according to information from the nonprofit.

It also operates a facilities management business that employs more than 200 people with severe disabilities. They are among Goodwill employees who maintain more than 3 million square feet of office space at nine federal government and commercial contract locations, according to the nonprofit.

The job training centers and programs are open to all — not only Goodwill employees, Armstrong said.