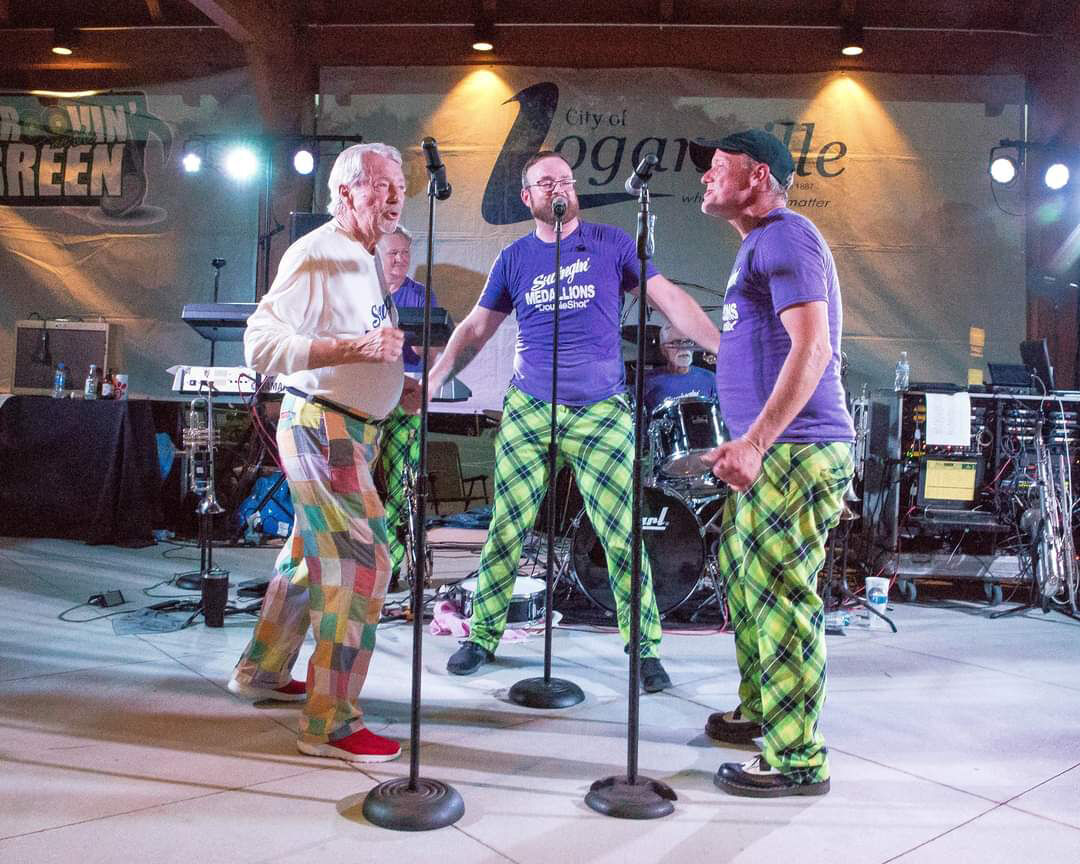 The Swingin' Medallions perform during the Groovin' on the Green concert series Friday night, July 16, 2021, in downtown Loganville, Ga. 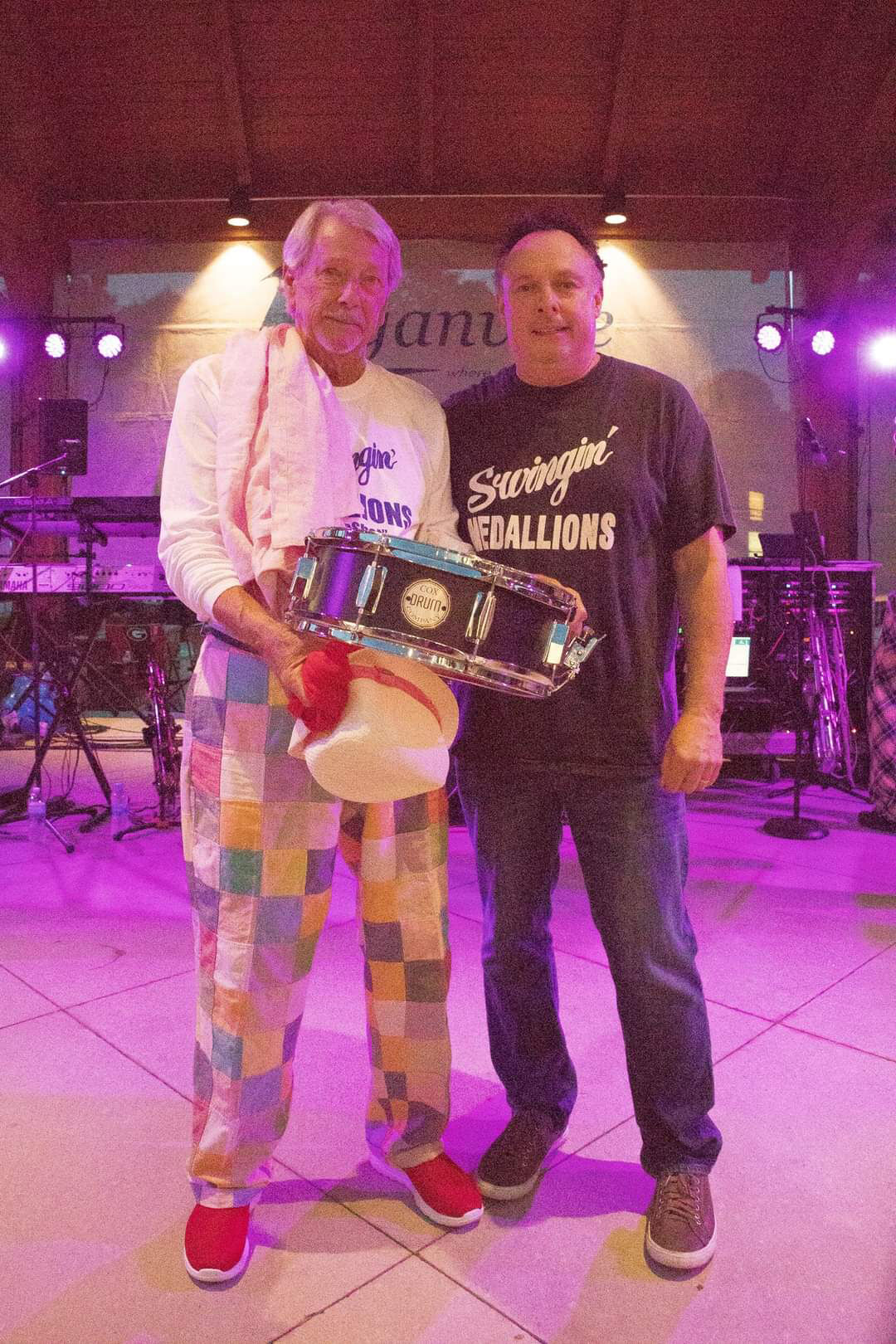 Swingin' Medallions drummer Joe Morris received a snare drum, similar to the one played on "Double Shot," during a surprise presentation at the Groovin' on the Green concert series Friday night, July 16, 2021, in downtown Loganville, Ga.

The Swingin' Medallions perform during the Groovin' on the Green concert series Friday night, July 16, 2021, in downtown Loganville, Ga.

Swingin' Medallions drummer Joe Morris received a snare drum, similar to the one played on "Double Shot," during a surprise presentation at the Groovin' on the Green concert series Friday night, July 16, 2021, in downtown Loganville, Ga.

The Swingin’ Medallions made their annual pilgrimage to Walton County last weekend to perform at Loganville’s monthly summer concert series, where longtime drummer Joe Morris received a gift from one of his fellow percussionists, Robby Cox.

With the band touring once more after a long COVID-mandated hiatus, Cox wanted to do something special for his predecessor/successor through his new pandemic venture.

“During COVID, when we were in the process of canceling and rescheduling tons of shows, I decided to put some effort into starting a drum company,” Cox said. “I wanted to produce high end, custom snare drums.”

His Nashville-based company, Cox Drum Co., was the result, and with operations up and running, he knew what he had to do next.

“I immediately knew I wanted to do a special drum for Joe,” Cox said. “I also knew that I wanted to do a drum for Eddie Bailey, who we lost a few years back — he played for the Kinfolk Band, the Medallions, and the Fabulous Expressions. These guys are my heroes and I wanted to do something special for them, as well as incorporating a charitable aspect to it.”

Cox unveiled the new drums Friday night, the Double Shot, based on Morris’ original drum and named after the band’s best-known hit song, and the Eddie Bailey Signature Snare Drum, in Bailey’s memory.

With the sale of each of either drum, Cox donates $25 of the sale price in the drummer’s name to the Cancer Center at Self Regional Healthcare in Greenwood, South Carolina.

Cox presented the drum to Morris personally on stage at the Loganville concert and Morris said he was thrilled with the Double Shot.

“This was the highlight of my achievements in the music business,” Morris said. “To have my guys give me that drum was such an honor. They all knew about it and they all kept it from me, and I just want them to know how much I appreciate them. They have well-earned the title of being the hardest working band in the southeast.”

Morris added Loganville itself has come a long way from the sleepy, one-stoplight town they used to drive through back in the 1960s when they had a show on Friday night in Athens and then Saturday made their way to Atlanta for another show.

Cox was also pleased with how his new creation was received and hopes to continue producing custom drums with his company, even as he maintains his position as manager of the Medallions.

“It has been something I always wanted to do, but really never had the time to pursue, until COVID hit,” Cox said.

The drums can be purchased online at coxdrumcompany.com.