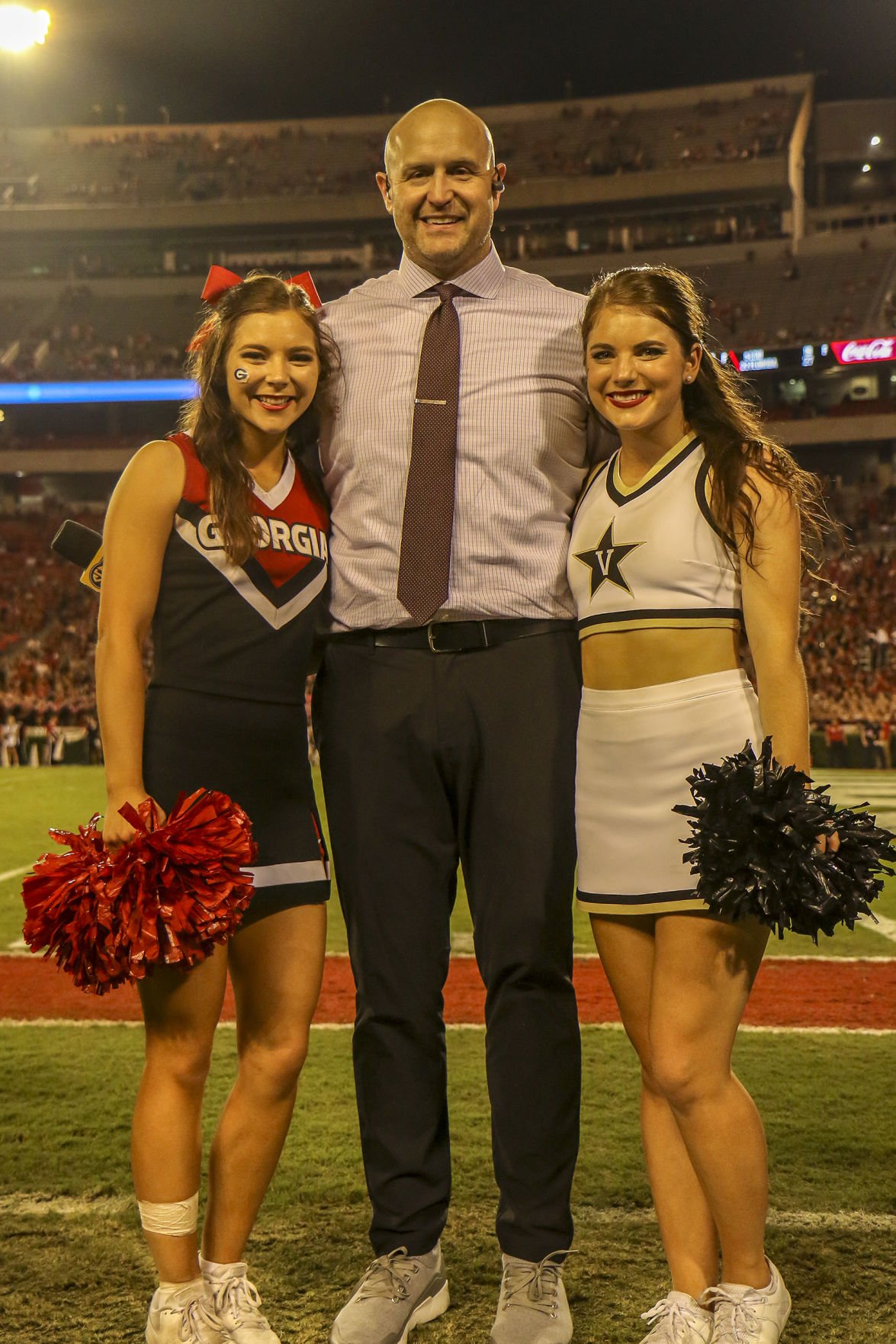 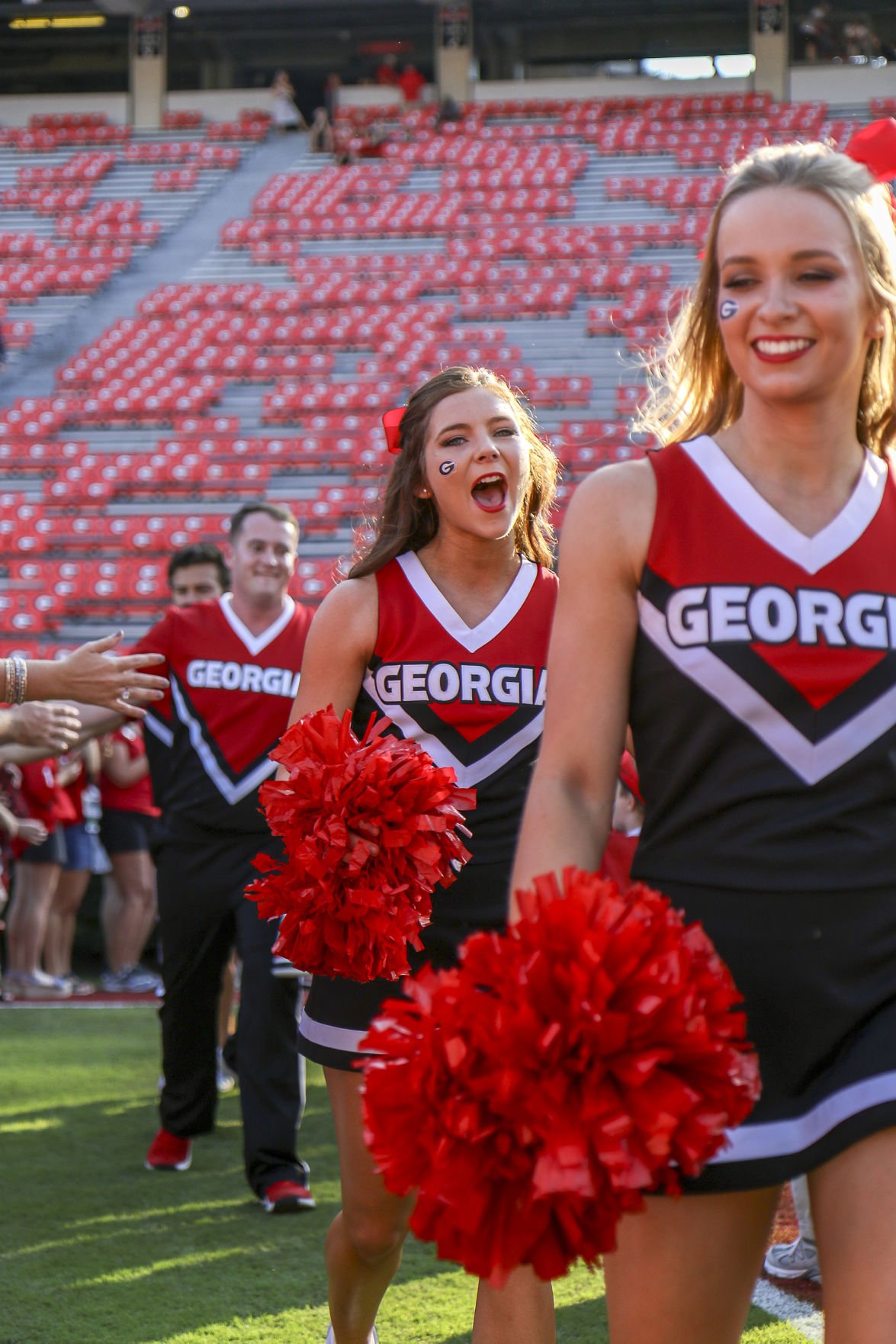 Mary Kate McLean is a sophomore cheerleader at the University of Georgia. 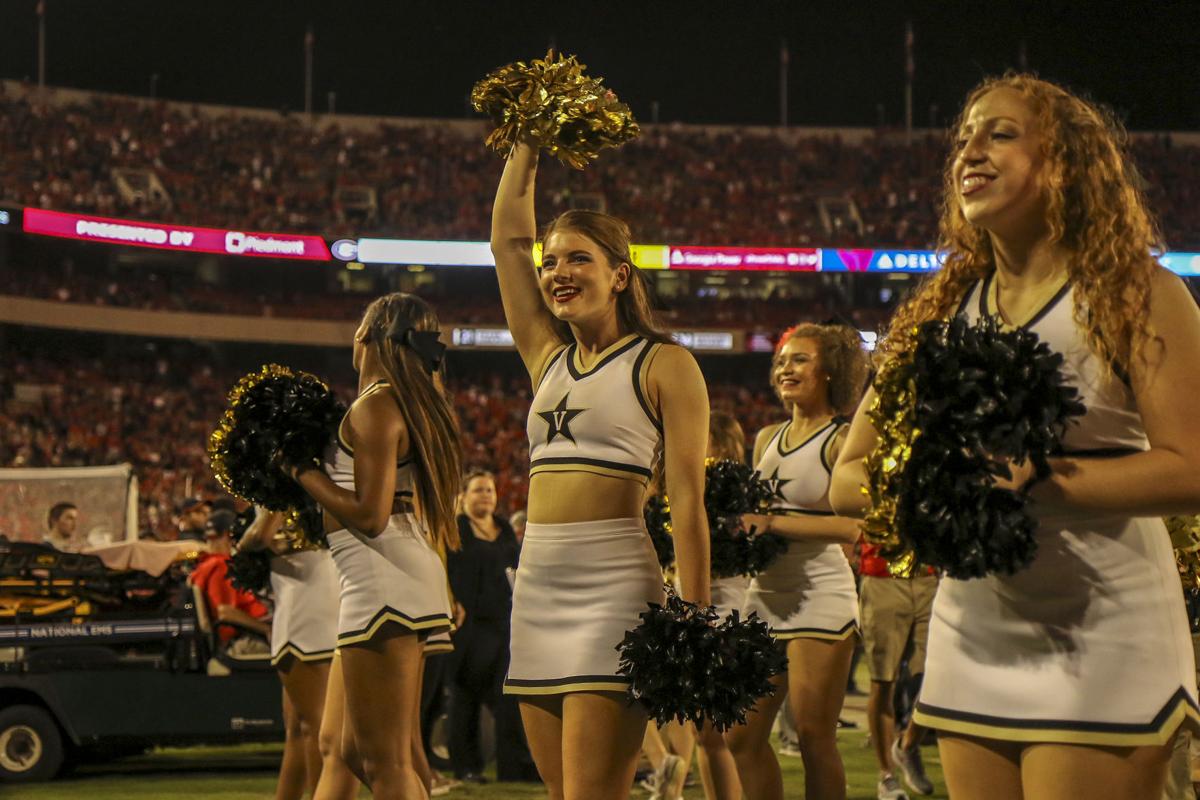 Anna Lee McLean is a senior cheerleader at Vanderbilt. 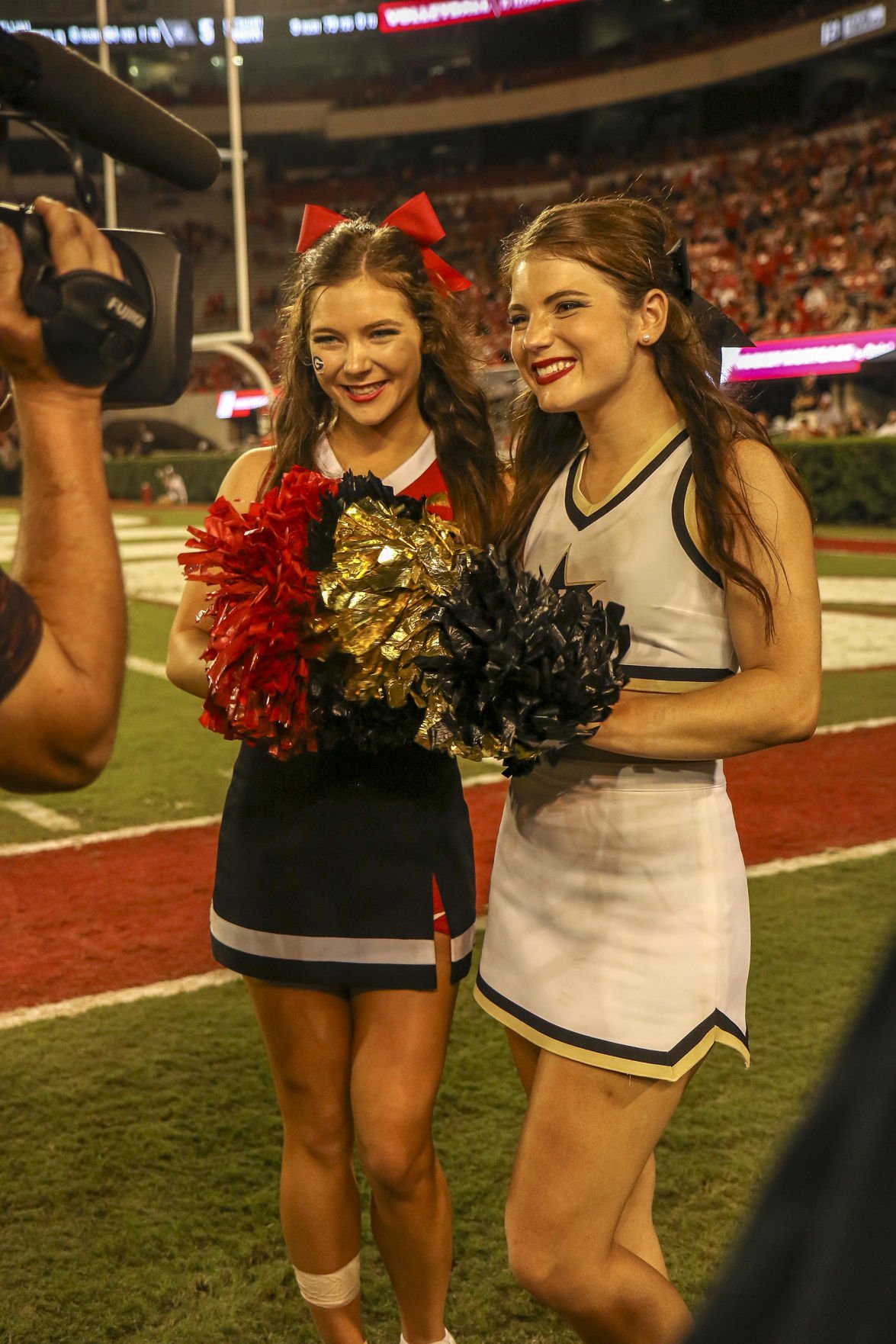 Sisters Mary Kate (left) and Anna Lee McLean (right) were intervied by the SEC nextwork Saturday night during the Georgia vs. Vanderbilt game.

Mary Kate McLean is a sophomore cheerleader at the University of Georgia.

Anna Lee McLean is a senior cheerleader at Vanderbilt.

Sisters Mary Kate (left) and Anna Lee McLean (right) were intervied by the SEC nextwork Saturday night during the Georgia vs. Vanderbilt game.

When Georgia and Vanderbilt faced off against each other on the field during Saturday’s matchup in Athens, there was another competition going on between sisters on each side of the rivalry.

“It’s been exciting,” mother Suzanne McLean said before last year’s game between the two teams in Nashville. “We’ve been traveling around every weekend. We’re either in Athens or Nashville.”

The sisters were interviewed by SEC Network’s Cole Cubelic during the fourth quarter of Saturday’s game and talked about what it’s like cheering for schools on opposite sides of a rivalry.

“We’re really supportive of each other and have tried to cheer each other on even though we’re far away from each other,” Mary Kate said.

The two are both stellar students as well with Mary Kate boasting a 4.0 GPA while Ana Lee has a 3.8.

“Every once in a while she will rub it in,” Anna Lee jokingly said of her sister having a higher GPA.

Ironically, the two girls didn’t grow up cheering for either of the teams they represent. Both Suzanne and her husband Michael graduated from Auburn and raised their two daughters to wear orange and navy and yell War Eagle.

“We would have loved it had they gone to Auburn, but they spread their own wings and chose their own schools,” Suzanne said. “Anna Lee actually did tour Auburn, but Vanderbilt was her number one choice. May-May looked at Florida State and Georgia and picked Georgia, but they were both raised as Auburn fans.

“I think they were just excited to be on the field together and we of course were excited to get a family photo together.”

As for where Suzanne and Michael sat, they wound up on the Georgia side a few rows up from Mary Kate, but the two proud parents wore white to be neutral for the game.

After Saturday night’s game, Mary Kate took to Facebook to reflect on the special night for her and her sister.

“Many years ago I decided to follow in your footsteps and be a cheerleader. Back then, I never could of even imagined a day like this,” she wrote for Anna Lee. “And although we may never be cheering in the same place again, I am grateful to have a sister that is always ‘cheering’ me on! What a way to end the journey of cheering ‘with’ you.”