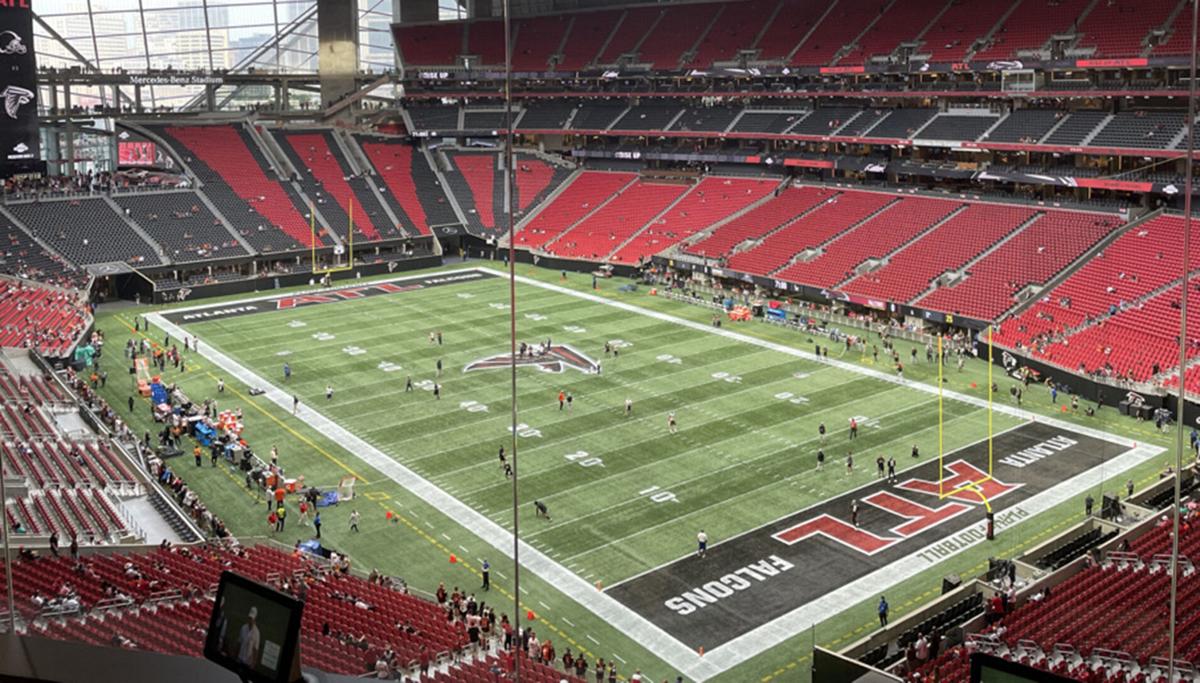 Mercedes-Benz Stadium is shown from the press box before the Atlanta Falcons played host to the Cleveland Browns in a preseason game Aug. 29, 2021, in Atlanta. 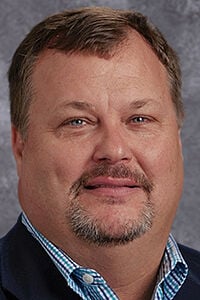 Chip Underwood is the assistant superintendent of facilities, maintenance and operations of the Walton County School District. 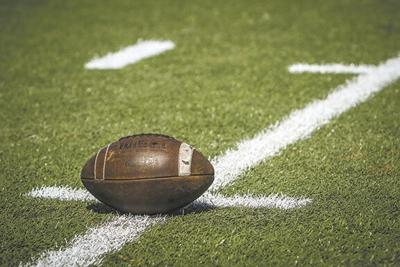 Recently the Walton County School District approved a plan to replace the natural grass playing surfaces at its three high school fields with artificial turf, resurface the tracks and install LED lighting, along with other smaller improvements.

The Board of Education this month approved a budget of just over $5.68 million for the project with the bulk of the budget (nearly $4.48 million) covering construction costs for the artificial turf and tracks.

The money for the project comes from the most recent Education Local Option Sales Tax. The 1% sales tax, which provides funding for school buildings, construction, equipment and other material needs for the public schools within Walton County, has been approved in five-year intervals five previous times up to the current ELOST V.

The Tribune spoke with Chip Underwood, assistant superintendent of facilities, maintenance and operations of the Walton County School District, to get a breakdown of the reasoning for the making the move now after years of talking about the possibility of such a project.

“A lot of our construction projects these days come through ELOST,” Underwood said. “It allows us to do so much. It’s a sales tax, so people driving through Walton County stop and buy stuff, pay sales tax to help fund these types of projects.”

The biggest cost of the project is the purchase and installation of the artificial turf. According to a cost analysis on Field Turf’s website, the initial cost of installing an 80,000-square-foot field is $720,000 up front. That doesn’t include the cost of replacing the track that is torn up in order to install the field.

Underwood said the total cost of tracks and artificial turf is about $1.5 million per field.

However, the biggest difference comes in the number of hours the field can be used during its life. Natural grass can be torn up easily, especially in inclement weather conditions, and can take a long time to recover. With artificial turf, many events can still take place on the field without it being destroyed. Field Turf estimates a natural grass field can handle 6,250 hours of use over 10 years while the artificial turf can handle almost five times the amount of use over the same 10-year span.

“You see turf fields going in at high schools all over the state and the reason is simply usage,” Underwood said.

“With more and more events going on every day, the ability to use that field for not only games, but practice as well is big. You think about, you’ve got football and soccer playing on the same field, natural turf just can’t handle that and typically has to be replaced every so often because it just gets worn out.”

In the fall, there can be up to four football games in a week on the same field between middle school, junior varsity and varsity as well as flag football.

All three district fields will be outfitted with Field Turf’s Vertex Prime system with Cool Play infill. One of the safer and cooler options for teams, especially in the Georgia heat.

Vertex Prime is the same system installed at the University of Utah’s football stadium in 2020.

“It’s one of their better systems and the main reason we’re going with it is safety,” Underwood said of the type of turf system. “They all are pretty safe these days, but this is the type they put the Falcons on. Teams like that spend millions of dollars to make sure players don’t get hurt.

“That was our primary concern was to get something that was durable, but would also be safe.”

The other cost-intensive part of the project is replacing the tracks around the football field. The tracks will have to be torn up in order to install the turf fields, but even with out that, all three tracks were in need of repairs.

“We needed to replace the tracks,” Underwood said. “The tracks have been getting older and older. We’ve done some repairs to keep them safe and in working order, but tracks were definitely in need.”

The lifespan of a track varies from 5-10 years. Walnut Grove’s track just hit the 10-year mark while Monroe Area and Loganville were repaired in recent years in an effort to bide time until they could be fully replaced.

“We’re putting in a track that’s better for your knees than the old style track,” Underwood said. “We’re going with a company called Beynon and it will last long, but also have a little more cushion. There are nicer tracks that we could go with, but you’re talking millions extra added to the budget. For our price range this will be a whole lot nicer than what we currently have.”

Another big improvement will be to the lighting in each of the stadiums. Each will be outfitted with LED lights similar to what was installed at Oconee County and North Oconee high schools in 2018.

“Lights are the big heavy cost outside tracks and turf,” Underwood said. “There’s everything under the sun out right now when it comes to LED lights, but we’ve kind of priced out middle- to upper-grade LEDs and will bid that part of the project out separately from the turf and tracks because it’s a separate company that does that.”

The addition of LED will help the county cut costs on electrical usage as well as the replacement of bulbs since LED lamps can last upwards of 50,000 hours before needing to be replaced.

The budget accounts for various other improvements at each of the local stadiums including sound system upgrades, cleaning/repairing stadium seats, camera upgrades, and painting the press boxes.

The biggest question now is when will the instillation take place. Underwood said there were two options the county had: immediately after football season before soccer season or after soccer season over the summer.

“You’ve got two basic breaks where you could complete the project,” Underwood said. “You can get it done during basketball season before soccer starts or you can get it done after graduation before the first football games start.

“We’re still looking at a timeline for when we can start.”

Underwood said it’s likely the project will be completed during the summer due to backups in the supply chain.

“We haven’t finalized that yet, but the project has been approved so we’re going to get it done as we can.”