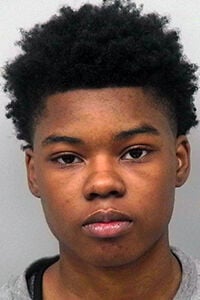 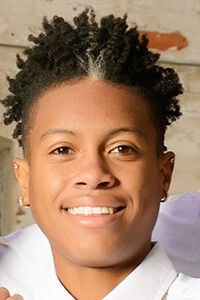 A Snellville woman suspected of murder surrendered at the Gwinnett County Jail.

Damia Jesse Mitchell, 17, of 4227 Wood Cove Drive, was booked shortly after 7:30 p.m. Tuesday. She’s accused of one count of felony murder, three counts of aggravated assault, one count of possession of a firearm during a felony and possession of a pistol or revolver by a person under 18 (first offense).

Mitchell is accused in the shooting death of 20-year-old Faith Ann Marie Burns of Loganville on Uniwattee Trail, in the Harbins of unincorporated Dacula on Sunday afternoon.

Police were called at about 1:30 p.m. to a call of a person shot in the roadway and arrived to find Burns. She died after transport to a hospital.

Within a day, investigators identified Mitchell as a suspect and said the shooting was related to a domestic incident.

Burns was a native of Queens, New York, and graduate of Grayson High School, where she played soccer.

Funeral services for Burns will begin at 2 p.m. Sunday at Wages & Sons Gwinnett Chapel in Lawrenceville with burial following at Eternal Hills Memory Gardens in Snellville.