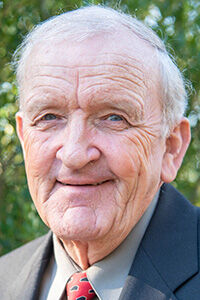 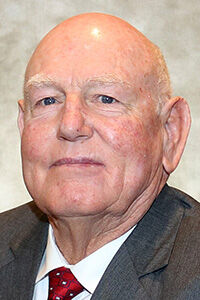 Bernard Sims has served on the board of directors of the Georgia Farm Bureau, representing the North Georgia Region. He was elected president of the Catoosa County Farm Bureau in 1979.

He succeeds Gerald Long, who retires after serving as the GFB president since 2016.

He joined the state House of Representatives in 1995 and resigned his seat effective Tuesday. He served for 15 years as the chairman of the House Agriculture and Consumer Affairs Committee.

Sims has served as the Catoosa County Farm Bureau president since 1979. He was a dairy farmer for 40 years until he sold his milking herd in 2004, and his family now grows turf grass, small grains and hay, and raises beef cattle and strawberries.

Daniel Johnson of Pierce County was designated again as the first vice president of the GFB.

Marvin Ruark of Morgan County will begin the second year of a two-year term as a GFB director, representing the 4th District. He and his family also have farming operations in Walton County.