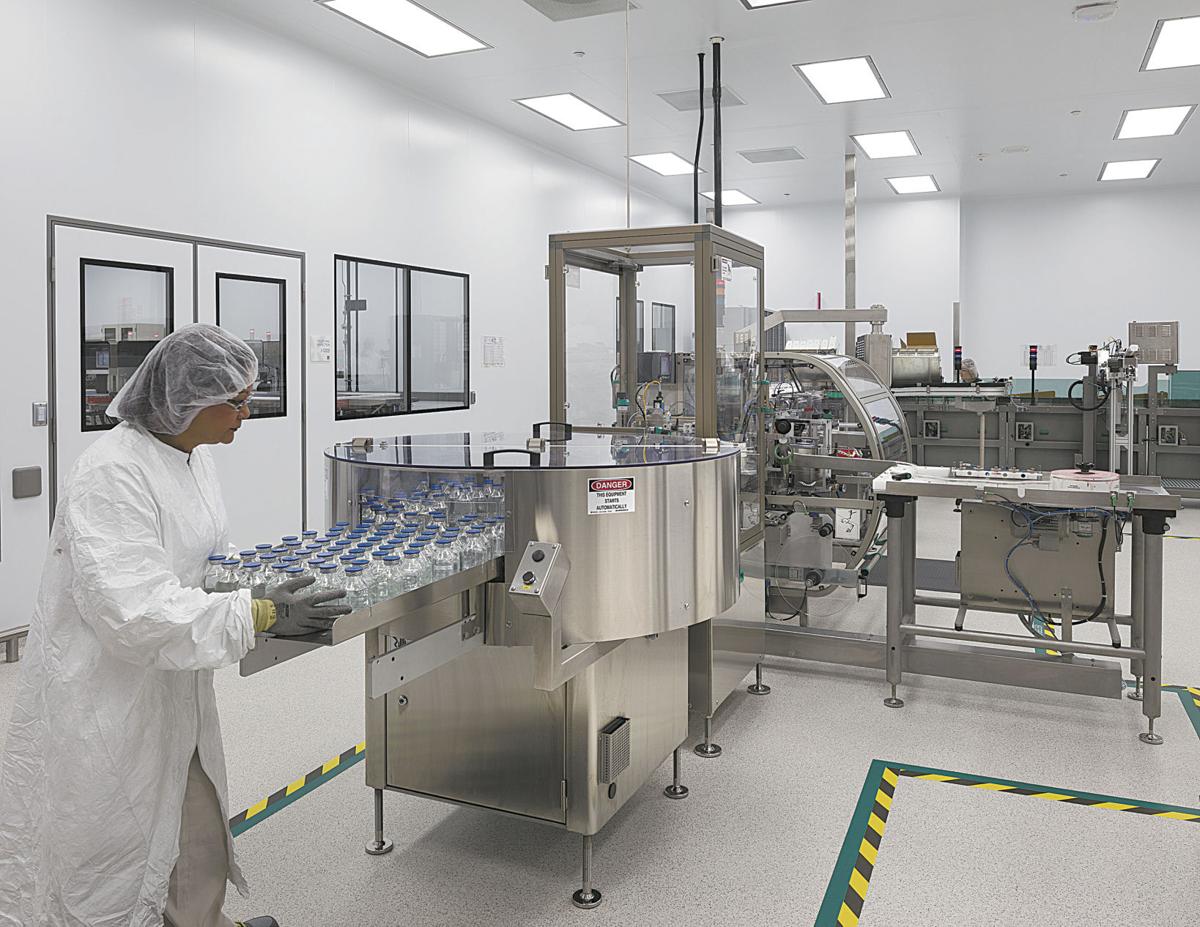 Technicians work at Takeda’s state-of-the-art pharmaceutical plant in Stanton Springs Industrial Park, which opened in 2012 under the name Baxter International. Facebook started building a data center in the park in 2018. 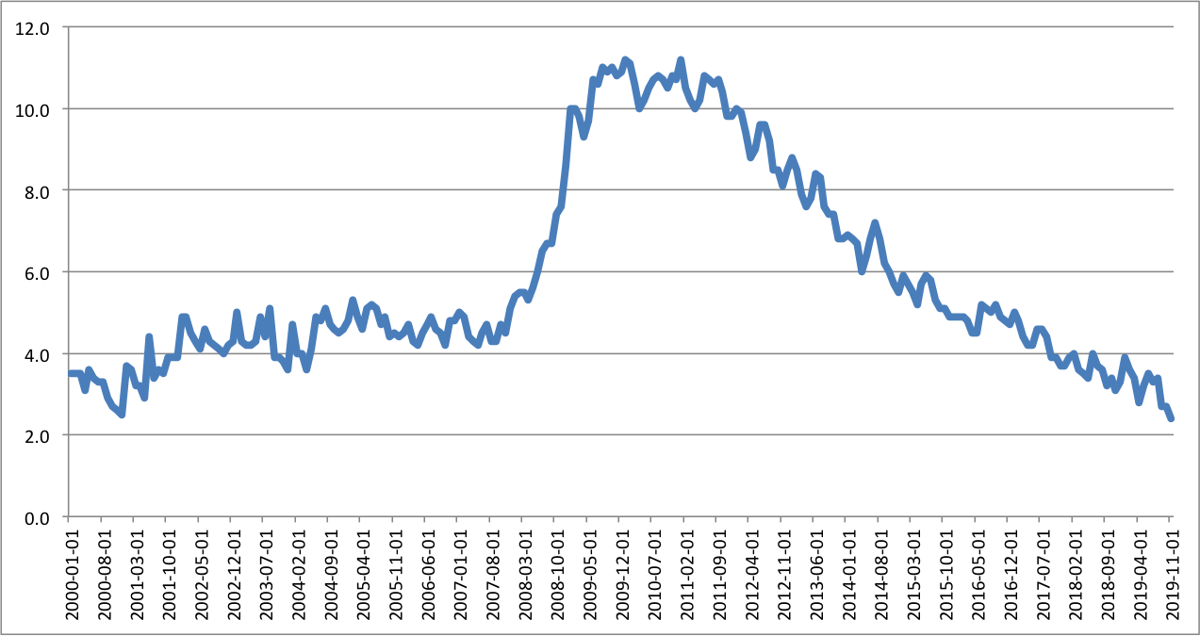 Unemployment peaked in Walton County at the start of last decade, and hit a record low in November 2019.

Technicians work at Takeda’s state-of-the-art pharmaceutical plant in Stanton Springs Industrial Park, which opened in 2012 under the name Baxter International. Facebook started building a data center in the park in 2018.

Unemployment peaked in Walton County at the start of last decade, and hit a record low in November 2019.

In July of 2009, Georgia Labor Commissioner Michael Thurmond spoke to a gathering of about 100 people in Walton County about Georgia’s, and America’s, struggling economy.

“I come here with a sense of hope and optimism,” Thurmond said. “Tomorrow will be better than today.”

Between 2009 and 2010, the county’s population dropped, the only time it’s ever done so since at least 1970, when these numbers began to be measured.

New home construction slowed to only a trickle, with only 45 single-family homes permitted in 2010 through the entire year, which dropped to 38 the next year.

The venerable Blue Willow in Social Circle barely scraped by. The Community Bank of Loganville didn’t, having folded in 2008. The foreclosures section of this newspaper was stuffed.

But Thurmond was right in the long run. Things did get better.

Today, 10 years later, unemployment is at 2.4% in Walton County, the lowest ever.

That comeback, which played out all over the country, but especially in Walton County, was the biggest story of the decade in this area.

Another way to look at how Walton’s economy has grown in the decade is through the growth of industry in the area in the past decade.

In 2010, Stanton Springs was just a patch of woods with a road running through it that cost Walton County taxpayers $200,000 a year.

“I’d say in the next year or two Stanton Springs will land its first prospect,” County Commission Chairman Kevin Little said in 2009.

“And when you get one, the others will come.”

Like Thurmond, Little was wrong in the short term. But he was right in long term.

In August 2012, pharmaceutical giant Baxter International announced it would open a state-of-the-art, 1 million square foot, $1 billion plant that would eventually employ 1,500 people. It was a massive win for the area.

In the years since, the name has changed several times, and it the company is now called Takeda. In 2018, the company won approval from the Federal Drug Administration for production of one of its plasma-related products, leading to more hiring.

And as Little predicted, others did come. Facebook announced in early 2018 that it would build a data center just across the road. It’s still under construction today, but will provide 200 jobs and plenty of tax revenue when it opens.

Elsewhere in the county, Hitachi Automotive Systems expanded twice in the last decade, in 2013 and in 2019, adding 250 and then 100 additional jobs to the Monroe plant.

Even the in the midst of the downturn, things weren’t all bad on the industrial front. General Mills opened a 1.5 million-square-foot distribution center in 2010. The resulting job fair drew hundreds.

Today, Development Authority of Walton County Director Shane Short will often lament that the one of the biggest constraints on industry in the area is the lack of willing workers.

In the grand scheme of things, however, that’s not a bad problem to have.

Yet another way to look at the comeback the economy has made in the county over the past 10 years is in the downtowns of Walton’s cities.

Before 2010, the 20 acres at West Spring Street behind the power station in Monroe was a wall of kudzu.

But starting that year, residents, local foundations, and the city teamed up to develop Childers Park, which now features a dog park, paved pathways, benches, play equipment, stumps with faces and flowers carved into them.

All of it has been developed piece by piece over the decade, alongside the town’s central business district just a few blocks away.

Today, downtown Monroe has no vacancies, and new businesses and restaurants have joined the scene in recent years.

"We're as prosperous and vibrant as we've ever been," David Dickinson, a local lawyer, city councilman and restaurant owner, said last year.

Other downtowns have developed over the last decade too.

In 2012, Loganville officials approved plans to build a town green and pavilion in the middle of downtown.  But many Loganvillians have felt like they needed more of a downtown than they had. Throughout the last decade, the city bought up property in downtown, including the old Loganville Elementary School in 2016, with the plan of redeveloping the area in the future.

Towards the end of last year, the city announced a partnership with a developer to invest $180 million in the downtown area, building 90,000 square feet of retail space and over 800 living units.

It's faced serious pushback so far, but the process of redevelopment is still in early days.

The biggest win for Social Circle's downtown in the last decade was the completion of the Social Circle bypass, which keeps most of the trucks coming from General Mills, Dart and other industries south of town out of downtown.

The road was finished in 2013 after about 10 years of planning.  More recently, the city broke ground on Friendship Park, a green space that will sit next to Buckeyes in downtown.