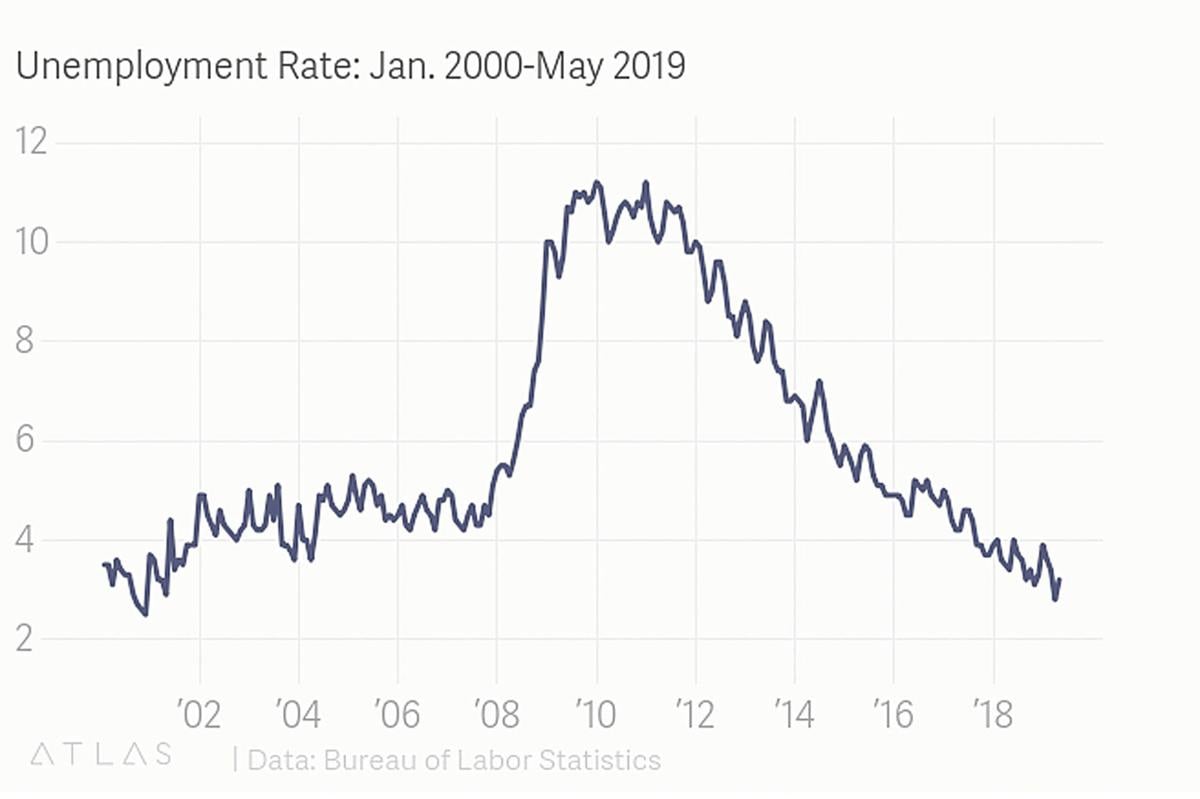 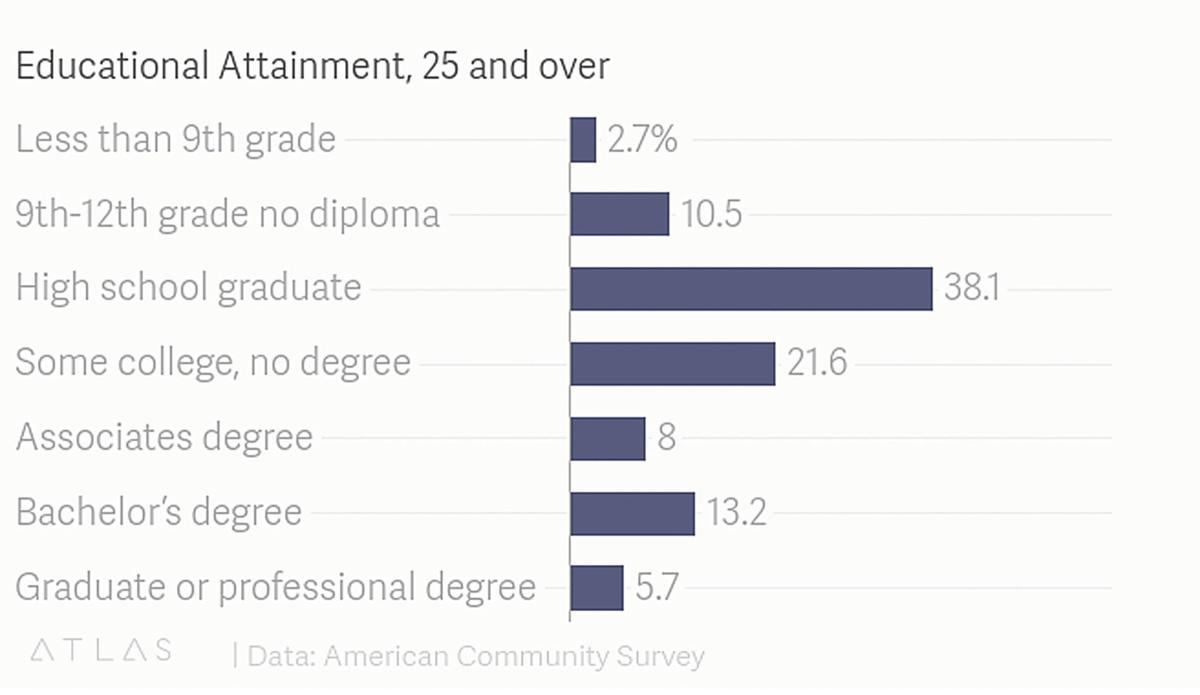 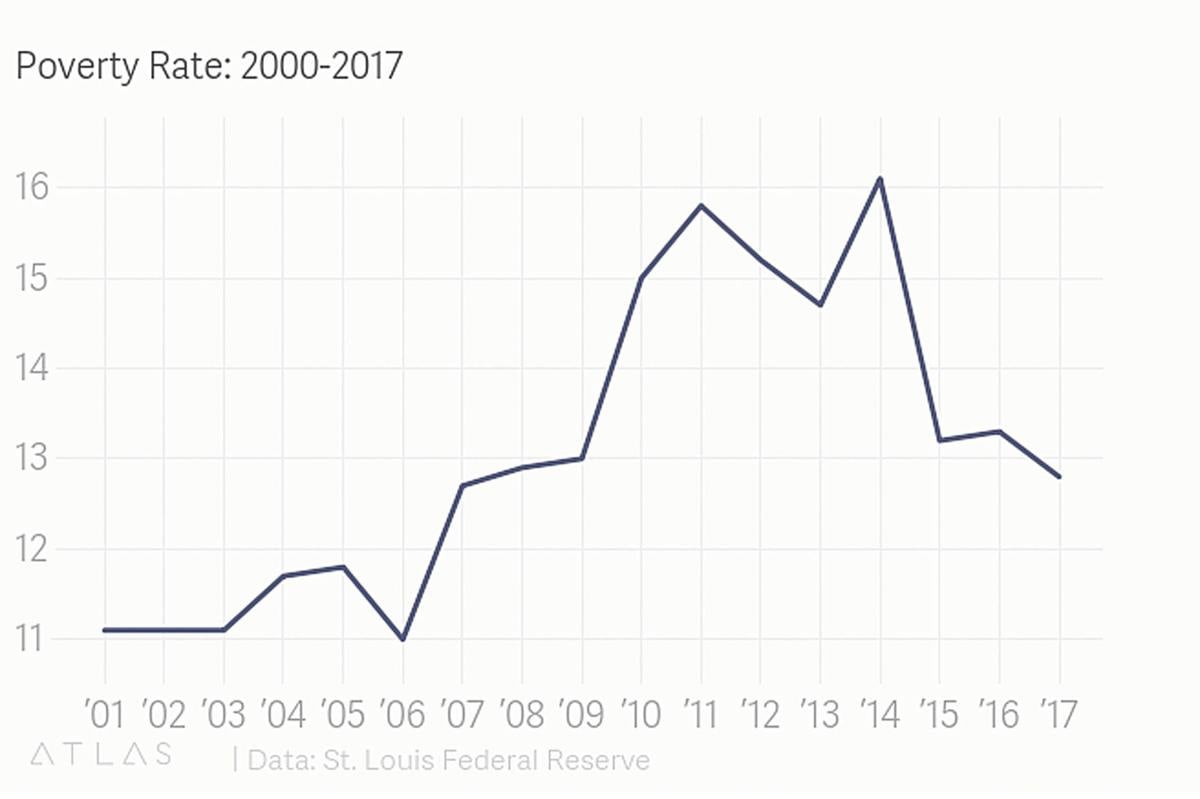 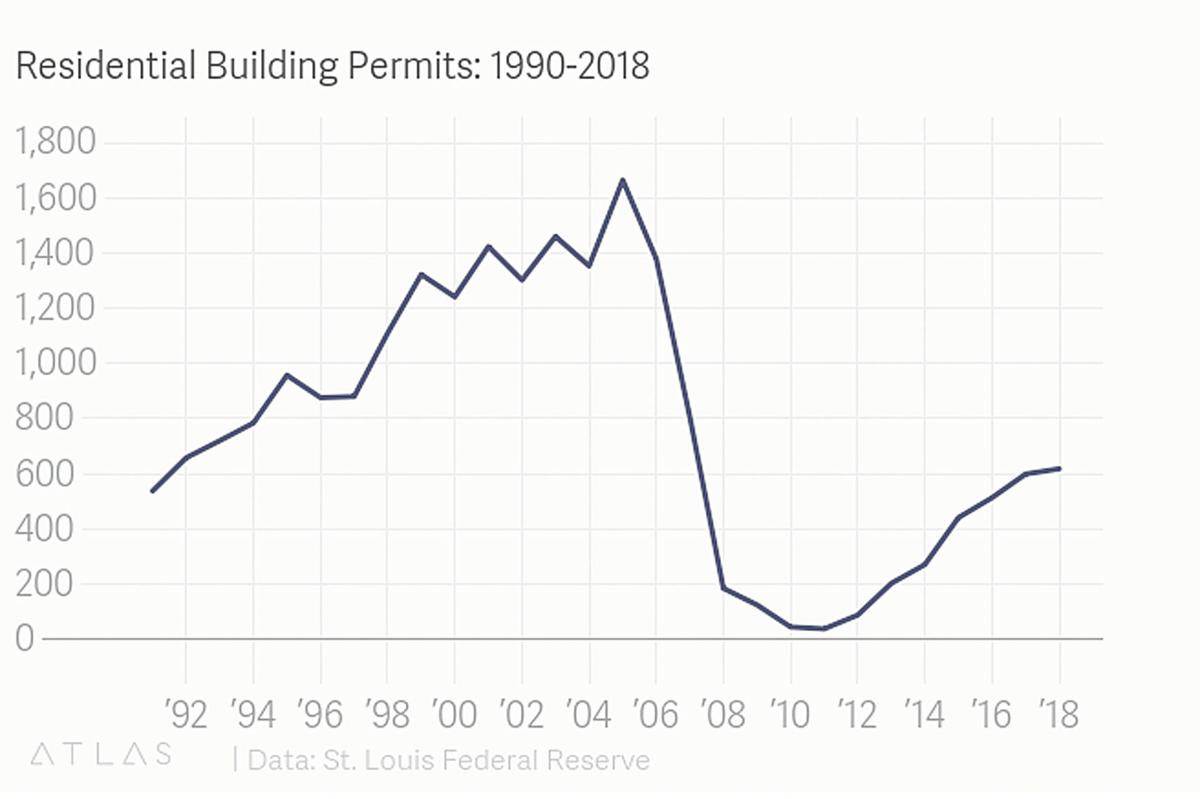 Economic indicators point toward continued growth in the Walton County economy, but the area is still shaking off effects of the recession.

Educational attainment shows the nature of most of those jobs. Only 13% of Waltonians have a bachelor's degree, and only 8% have an associate’s degree. That means most jobs around here are blue-collar, employing high school graduates, who make up 38% of the working age population.

Education matters a lot here, too. Those with less than a high school degree are the main drivers of poverty in Walton County. Twenty-three percent of people without a degree are in poverty. On the other hand, 11% of high school graduates are in poverty, below the county average.

The building permits chart could show the future. Home building peaked here in 2005 with 1,664 homes permitted that year. Building cratered during the crash, bottoming out at only 38 new homes in 2011. But it's been growing ever since, though the growth has slowed slightly in the last few years.

These numbers track fairly closely with some national and state figures

Walton still lags behind Georgia and the nation in people with a bachelor’s degree. Eighteen percent of Georgians have one, and 19% of Americans. But the county is just about even with both when it comes to high school graduation rates, all around 86%.