Starting at
$1.99 for 1 day
Get Started
View all rates
You are the owner of this article.
Edit Article Add New Article
1 of 3 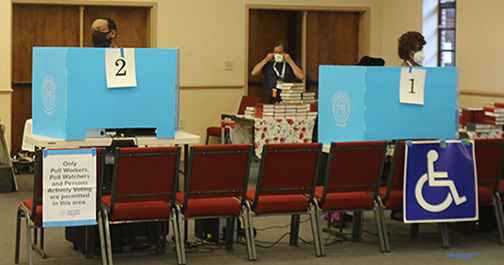 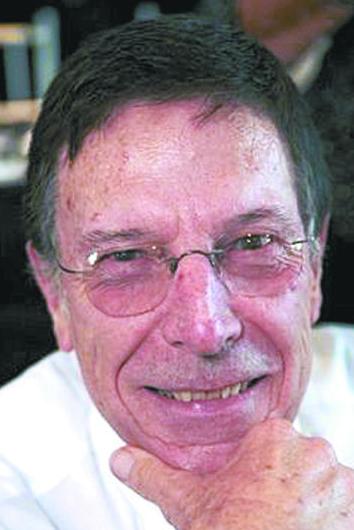 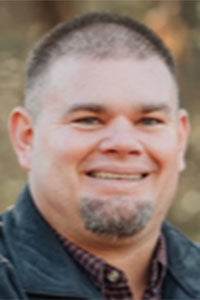 James M. ‘Jim’ Robertson of Monroe, Ga., is a Republican candidate for the Walton County Board of Commissioners.

12:52 a.m. WEDNESDAY UPDATE: The secretary of state's office has taken a beating on Election Day and into the night over long lines at polls and subsequent waits for results.

Secretary of State Brad Raffensperger's office released this statement from Voting Implementation Manager Gabriel Sterling this morning: “Due to the nature of this election, we have said multiple times that election results will take time to receive, validate, and post. Voting in a pandemic has posed a variety issues for the elections officials as well as the voters. We look forward to sharing full results.”

And if anyone has questions about the big story of the day, the front page of this morning's Atlanta Journal-Constitution makes it really clear:

The first edition, after a tough day in Georgia. #gapol https://t.co/1vvUcjjBrY pic.twitter.com/Gc9IdcYeYO

"Running for office is hard on the candidates and harder still on the families of the candidates," he said. "For those whose campaigns ended today, you have my appreciation and respect.

"I extend my warmest congratulations to President Donald J. Trump, Sen. David Perdue and all of the Republican candidates who are celebrating victories tonight or have advanced to a runoff.

"The strong turnout today bodes well for the Republican Party this fall. I look forward to campaigning up and down the ballot for this tremendous group of candidates."

12:37 a.m. WEDNESDAY UPDATE: With all but absentee votes counted, Robert J. Post appears to have been elected the mayor of Between.

He succeeds Marla McGuffey, who resigned after moving out of the city limits.

With all but absentee votes in for a Walnut Grove special election, Mary Lynn Hall doubled up Maxine McClahanhan, 88-44.

12:32 a.m. WEDNESDAY UPDATE: All but absentee votes cast by mail have been counted in Walton County.

The numbers appear to show a coming runoff between Jeff Foster and Cheveda McCamy for the Superior Court in Newton and Walton counties.

With all precincts in from both counties, Foster had 40% of the vote compared to 30.6% for McCamy. Bob Stansfield rounded out the field with 29%.

Timmy Shelnutt, who serves as vice chairman of the Walton County Board of Commissioners, appeared to have won reelection. He had 71% of the vote in the District 3 GOP primary against challenger Wesley Jackson, but absentee ballots remained uncounted. It was unclear how many had been cast and if it would be enough to make up the 700-vote deficit.

Kirklyn Dixon, the District 6 incumbent, likewise is shown as the winner of his primary contest against challenger Jim Robertson. Dixon has 61.7% of the vote, but absentees remain. 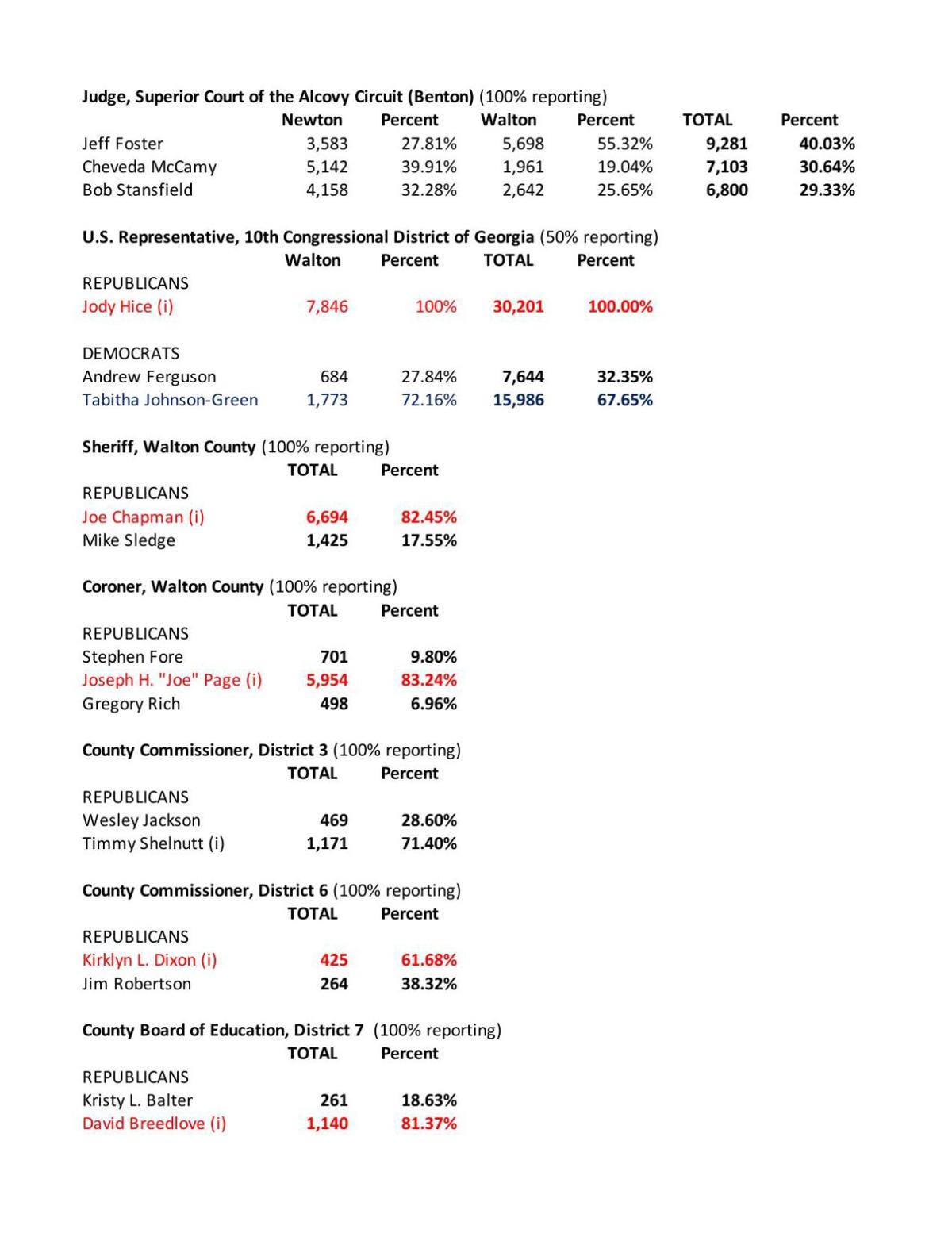 11:51 p.m. UPDATE: A trove of numbers from Newton County has upended the race for Superior Court judge.

With all 22 precincts reporting — but absentee-by-mail votes left to count — Flint Circuit Chief Assistant District Attorney Cheveda McCamy surged in the lead for the county and put herself in position to make a runoff.

Coupled with Walton County votes, Monroe attorney Jeff Foster leads with 39.4% of the vote. McCamy is second at 31.2% and Covington attorney Bob Stansfield follows in third at 29.4%.

The top two make an August runoff should no candidate get one more than half the vote.

With 100% of precincts reporting, incumbent Kirklyn Dixon appeared to have won the Republican primary with 425 votes to Robertson's 264.

But supporters of the challenger say that doesn't include any absentee-by-mail votes, making it too early to call a winner.

The Democratic primary also likely would need a runoff. Brooke Siskin led with 44% of the vote, but Devin Pandy (29%) and Dan Wilson (27%) were trailing.

The winner of the Nov. 3 general election will succeed Rep. Doug Collins, a Gainesville Republican who is giving up the seat to run in the at-large race for a U.S. Senate seat now held by Kelly Loeffler.

In Between, with half the vote in, Robert J. Post had four votes to none for Jonathan Page.

Wanda B. Satterwhite and Barry C. Turner each had four votes with 50% of the boxes in for a Between City Council seat with a term expiring Dec. 31, 2023.

Dixon, who previously was a Democrat and ran and won as an independent four years ago, won the Republican primary Tuesday. He got just under 62% of the vote against former sheriff's Deputy Jim Robertson.

Meanwhile, Vice Chairman Timmy Shelnutt opened up a big lead over challenger Wesley Jackson in the District 3 GOP primary. With 83% reporting, Shelnutt had 71% of the vote.

David Breedlove won another term on the county school board. The District 7 representative was the only incumbent challenged, and he easily won. Breedlove got 81% of the vote in the District 7 Republican primary against Kristy L. Balter.

11:04 p.m. UPDATE: With 50% of precincts in, Tabitha Johnson-Green has been declared the winner of the Democratic primary for the 10th Congressional District race.

Johnson-Green was the Democratic nominee in 2018 as well. She lost to Jody Hice, who was nominated by acclimation Tuesday. He was the only Republican candidate and will be going for his fourth term in Congress this fall.

10:48 p.m. UPDATE: A large batch of returns from Walton County has come in. It shows Sheriff Joe Chapman well on his way to a fifth term, with Joe Page likely to be reelected coroner as well.

The Superior Court judge's race appears to be headed for a runoff, as it's doubtful any of the three candidates can get one more than half the votes. With 49% of the precincts in between Newton and Walton counties, Jeff Foster's big led in his home of Walton has given him nearly 44% of the total vote.

Bob Stansfield is behind him at just under 31% with Cheveda McCamy third at about 26%.

10 p.m. UPDATE: The first batch of results from Walton County appeared to give Jeff Foster an edge in the race for Superior Court judge.

In very early results, Foster had about 60% of the first returns reported in his home county, giving him an early edge over competitors Bob Stansfield and Cheveda McCamy, who were duking it out in their home county of Newton.

9:48 p.m. UPDATE: With seven of 22 precincts reporting from Newton County, and still none from Walton County, Covington attorney Bob Stansfield continues to lead the race for a Superior Court seat.

Stansfield has 39% of the vote compared to 33% for Cheveda McCamy and 28% for Jeff Foster.

Both Stansfield and McCamy live in Newton County. No results had been announced from Foster's home of Walton County nearly three hours after polls closed.

9:10 p.m. UPDATE: Results have been slow to trickle in Tuesday night, but they are beginning to roll in — just not from Walton County.

The first numbers are from Newton County in the race for Superior Court judge. They show the two local candidates, Bob Stansfield and Cheveda McCamy, taking the lead.

With three of 22 precincts in Newton County reporting, Stansfield had 38% of the vote and McCamy 35%.

MONROE, Ga. — Polls are now closed in Georgia in the primary elections.

Walton County seems to have escaped the polling issues that plagued many parts of the state, especially urban areas like Fulton and DeKalb counties.

A Fulton County judge ordered polls to remain an extra two hours, until 9 p.m., due to long lines throughout the day.

Races for sheriff, two seats on the Board of Commissioners and a Superior Court judge's seat for the Alcovy Circuit were the big races of the day.

Joe Chapman was running for a fifth term in the Republican primary. Opposing him was former Social Circle police Officer Mike Sledge, now working as a government defense contractor. There is no Democrat running, so the winner will serve from 2021-25.

The judge's race drew interest with the retirement of Judge Eugene M. Benton. Jeff Foster of Walton County and Cheveda McCamy and Bob Stansfield of Covington sought to follow Benton, who was a Monroe attorney before his election to the bench.

Foster is in private practice in Monroe and is the judge of Social Circle Municipal Court. McCamy is the chief assistant district attorney of the Flint Circuit. Stansfield has a law practice based in Covington and was a finalist when the General Assembly created the fifth judgeship.

A runoff in August would be necessary if no candidate gets 50% of the vote plus one.

Chief Judge John M. Ott and Judges Horace J. Johnson Jr. and Ken Wynne were unopposed. Judge Layla Zon will not be on the ballot until 2022.

Up for election on the Board of Commissioners were the District 3 and 6 seats.

Wesley Jackson of Jersey gave Vice Chairman Timmy Shelnutt of the Youth community a fierce battle in the GOP race for District 3, which also covers Walnut Grove. There are no Democratic candidates.

David Thompson, a Republican from Monroe, was unopposed in his bid for chairman of the Board of Commissioners. Chairman Kevin Little declined to see a sixth term.

Commissioner Mark C. Banks of Loganville was unopposed in the GOP primary for District 2 and will face Democratic challenger Fiera Hill in the Nov. 3 general election.

Only one seat on the county Board of Education drew a challenge, with Kristy L. Balter taking on incumbent David Breedlove in the District 7 Republican primary. There are no Democrats on the ballot.

Voters in some parts of Georgia faced long lines Tuesday for the primary elections.

Any results on the Special Election for Between?

It's still 4-0 in favor of Robert Post as of midnight.

Please advise of any returns on the Special election of Between