An artist's rendition of Grace-Monroe campus planned for the old school on Bold Springs, which will hopefully be finished by 2020. 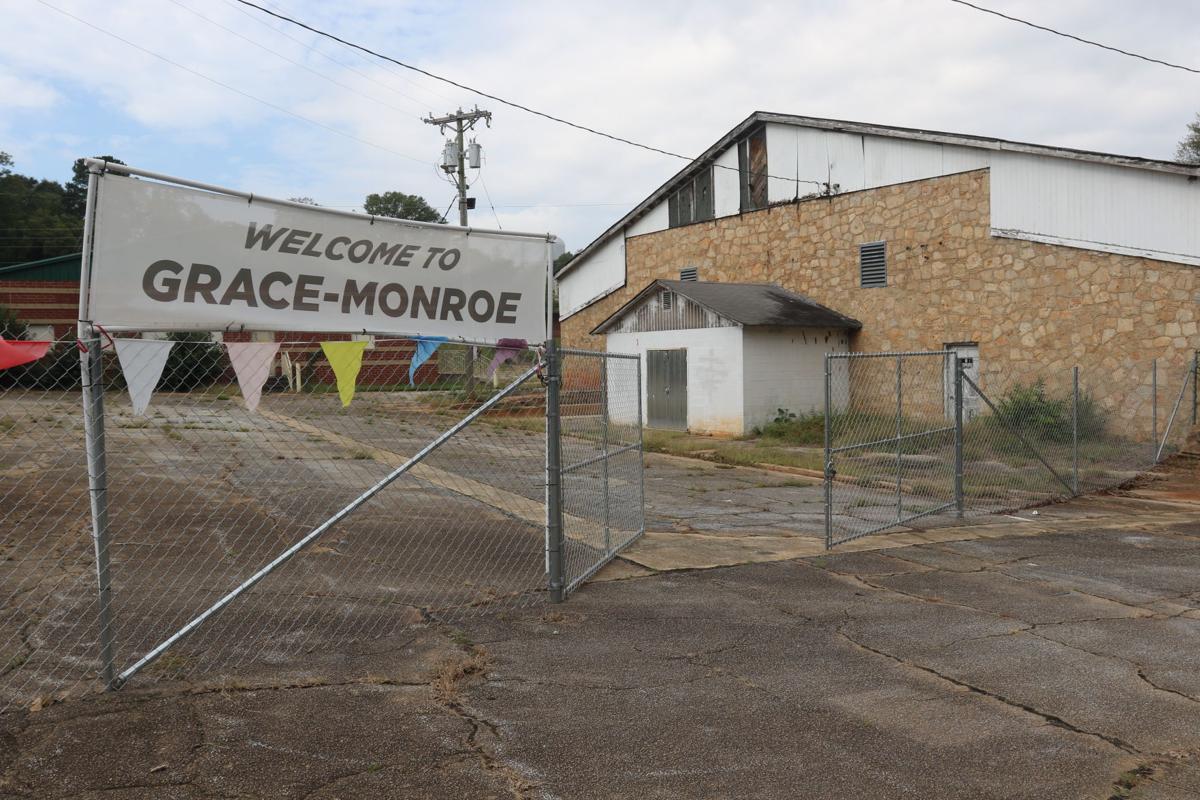 Denton Gym, where Grace-Monroe will house it's worship services in the future. 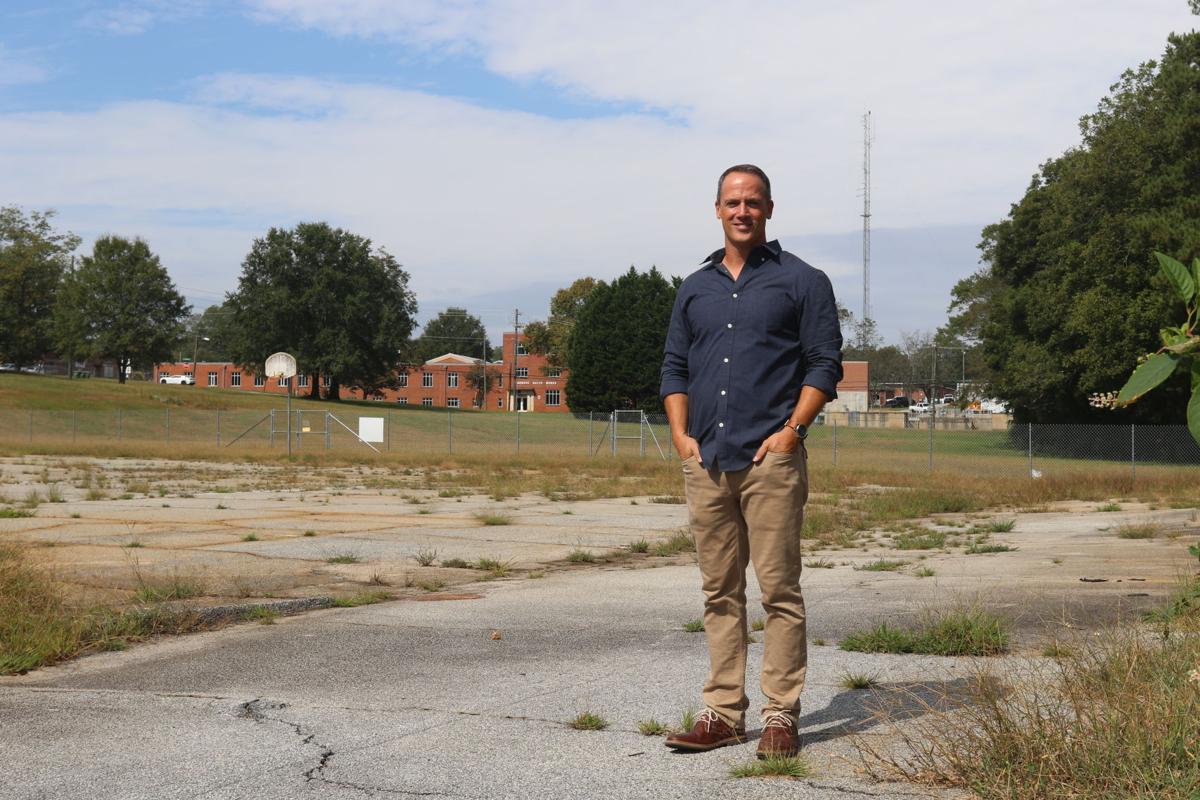 An artist's rendition of Grace-Monroe campus planned for the old school on Bold Springs, which will hopefully be finished by 2020.

Denton Gym, where Grace-Monroe will house it's worship services in the future.

In 1932, John Denton, the 27-year-old principal of Monroe High School, decided his school needed a gym. Monroe A & M had one. Gratis had one. His students didn’t.

He rallied his students. 100 of them volunteered five days of their Christmas break to raise the stone walls and hammer together the wooden roof.

Today the building sits empty, as it has for over a decade. The hardwood floor is rotted. Parts of the ceiling have collapsed. Trash piles in the corners.

Nearby is the rest of the old Monroe High School on Bold Springs Avenue, which later became Monroe Elementary: carcasses of the old cafeteria, classrooms, teacher’s lounge, all empty and dank, rust and dust.

Brian Krawczyk thinks it’s perfect.  Krawczyk is the pastor of Grace-Monroe, the church currently housed at the Monroe Cotton Mills.

Last October, the church bought the 8.5-acre property for $425,000 with the plan of refurbishing it and moving its operation from the Mill to the old school.

Two weekends ago, Krawczyk presented plans for the new campus to the church.

Last Tuesday he walked around the campus spinning off plans for the old school. The cafeteria becomes a coffee shop. The smaller gym becomes a space for youth. And Denton Gym becomes an auditorium for Sunday services.

“Our church has a heart for restoration,” Krawczyk said.

“And there is so much opportunity here.”

It won’t all happen at once. First, they need to build the bones of what the church needs: a worship space, a place for kids and a place to gather. If all goes well, they will start construction on Denton Gym, the youth and kids space, and the coffee shop area this spring.

But the ultimate vision is for something that is more than a church.

“I want there to be life here 24/7,” Krawczyk said. “I think one of the biggest wastes of Kingdom resources is we build these buildings and they sit empty the majority of the time.”

To that end, he eventually wants dorms for summer interns, a community kitchen that works with the farmer’s market, co-working space for non-profits, an ampitheater and a playground.

Krawczyk said he thinks about these plans all the time. But he wasn’t always so sold on the idea.

The previous owner of the property was a man named Bobby Carroll, who bought the place after the school moved out.

For years, ideas floated for what to do with it. It was zoned for assisted living. A movie studio looked at it at one point. But nothing stuck.

A few years ago, Grace-Monroe realized they were outgrowing their space in the mill. They needed more space, but Krawczyk loved the fact their church was right in town, that it had an “authentic, non-churchy vibe” and was a picture of something old becoming new.

“Because that’s the gospel, right?” he said of the final aspect.

There were not many other options that met all those criteria.

Then someone in the church mentioned the old school.  Krawczyk was aware of it since his wife, Sadie, is in charge of economic development for the city and had been trying to market the place to businesses for years.

He remembered going to check it out, and walking up to the front of the school, on Bold Springs, and not being impressed.

There just wasn’t anything all that inviting about the row of low red brick walls that lined the road. But he remembers walking around to the back, to the side that borders Madison Avenue, and realizing if they treated that as the front, it could be something amazing.

He wasn’t alone in his vision.

A handful of church members were persuaded enough to raise the $425,000 needed to buy the land from Carroll debt free. He kept the old library on the corner, but everything else went to the church.

Then Krawczyk and others worked with architects to master plan, with the city to re-zone the area, and as of two weeks ago, with the wider church to start raising the funds transform the old school.

The goal is to raise $1.25 million and then borrow another $1 million to get what Krawczyk calls Phase 2, since getting the property was Phase 1, underway.

He hopes to have the first services there in the summer of 2020.

It’s an ambitious vision, especially for a church that only started seven years ago and has 500 members.

“But it feels right to take this on right now,” Krawczyk said.

John Denton died of appendicitis only two months after the gym was finished, still only 27 years old. His funeral service was held in the gym he worked so hard to build.

There are echoes of 1932 in 2018. Once again, a group of citizens are coming together to bring something much-needed into their community.

But instead of creation, this time it is more about making old things new, something central not only to Christian teachings but to anyone’s life.

“Who can’t identify with that?”