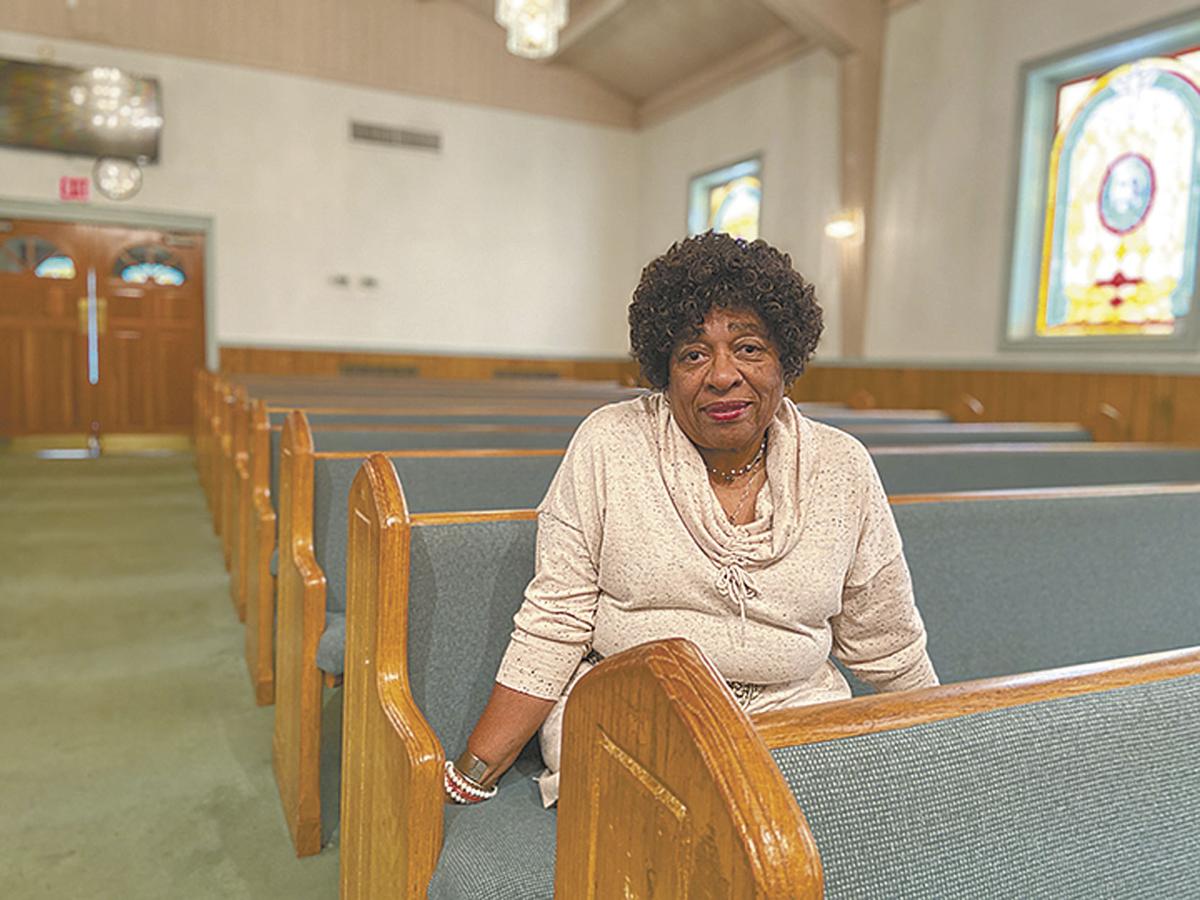 Lynn Robinson Camp sits in the pews at First African Baptist Church in Monroe, where she was baptized. 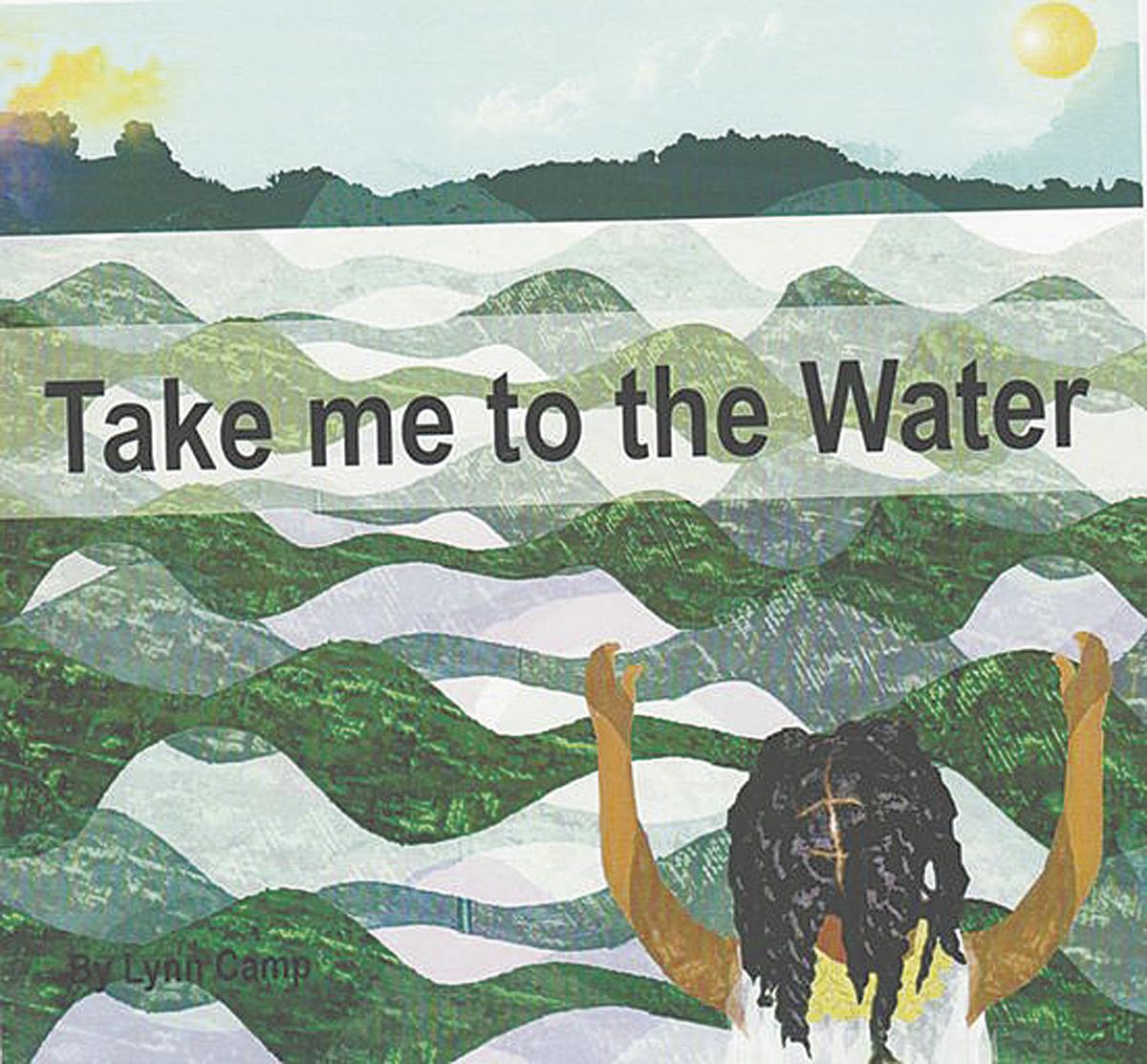 The cover of Camp’s book, “Take Me to the Water.”

Lynn Robinson Camp sits in the pews at First African Baptist Church in Monroe, where she was baptized.

The cover of Camp’s book, “Take Me to the Water.”

Lynn Robinson Camp can still remember what that bridge looked like.

It was metal and rusted and rickety and hung over Jack’s Creek in Morgan County, near Mount Perry Missionary Baptist Church.

It was in the shadow of that bridge where Camp first learned about baptism. As she recounts in her newly published children’s book “Take Me to the Water,” scores of souls filed into the water to be baptized after a revival when she was 8 years old.

But she wasn’t one of them. There was something about the flow of the water under that bridge, or maybe the hobble of the aging pastor, or maybe something else entirely that kept her dry that day.

It wasn’t until she started attending First African Baptist in Monroe that she made the choice to be baptized. Rather than a creek, sinners at First AB were, and still are, washed clean in a baptismal pool behind the choir pews.

“That pool, as scary as it looks, it wasn’t as scary as that scene at Jack’s Creek,” Camp said of the experience.

But, of course, the story is about a whole lot more than being afraid of the water. Baptism is a rite of passage loaded with symbolism. When Camp finally was baptized at the age of 9, she knew she wanted to, even if she didn’t altogether know what it all meant.

“I wanted to show that it was confusing and raised a lot of questions and some fear in my mind,” Camp said.

“I want to remind adults to understand that children view things from their perspective which can be very literal. It’s important for us as adults to help bridge that gap, talk with our children in open and honest ways, and encourage them to make their own decision to embrace their faith in a thoughtful and meaningful way.”

Camp grew up on Sorrels Street in Monroe and was part of the last class to graduate from segregated Craver High School in 1969.

“Take Me to the Water” is Camp’s fourth book, and is a departure from her earlier work. Her previous books were pictorial histories of the black community in Walton and Morgan counties and an autobiographical book of poems.

She originally wrote the story in 2016 as a short story, but started to cut it down in 2017. She and Davis connected around then, and he agreed to illustrate it.

Now she’s marketing and distributing the book wherever she can. Camp hopes the book will resonate will all kinds of audiences.

“I would like to have a the opportunity to read to diverse audiences, to get people thinking about that there are similarities even though we go about our rituals differently.”

Because at the end of the day, all faiths have rites of passage, regardless if they take place near a rickety old bridge or in a 4-foot-deep baptismal pool.

“I want the story to transcend religious boundaries and help children to connect with one another. People see God through their own cultural lens, but acceptance of a faith is a point of commonality that can bring us together regardless of how we experience it,” Camp said.

“Take Me to the Water” can be found at Smith Barber and Beauty in Monroe or online at Honey & Ice Creations on Facebook.