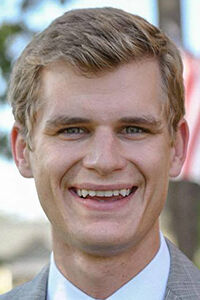 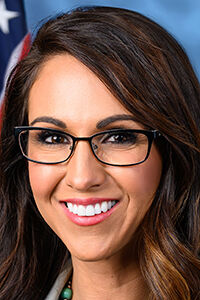 Ben Stout, the omnipresent district aide for Rep. Jody Hice, has taken a position as the communications director for Rep. Lauren Boebert, a freshman Republican who’s come into Congress guns-blazing.

“Congresswoman Boebert is a fighter,” Stout said. “She is a Christian woman who loves our country and I’m excited to join her in the fight to keep America, America.”

Stout, 26, has worked with Hice since his election to Congress in 2014. He has been a district aide to the congressman, occasionally taking leave to work in politics during election years.

“Dee Dee and I are so very proud of Ben Stout as he embarks on his new role as communications director for Congresswoman Lauren Boebert,” Hice said.

“Ben has been part of our team since day one, and he has done tremendous work on behalf of the Georgia 10th Congressional District. My staff and I will sorely miss Ben, but we look forward to watching him continue to dedicate himself to public service in Washington, D.C.

“We wish Ben and his wife all the best!”

Boebert, 34, was elected in 2020 to serve a district in western Colorado. She owns the Shooters Grill restaurant in Rifle, Colorado, where staff open-carry firearms. She and Rep. Thomas Massie established the Second Amendment Caucus on the first day of the new session of Congress earlier this month.

The day after President Joe Biden’s inauguration, she introduced bills to overturn several of his first executive actions, including a proposal to overturn the mandate of masks on federal properties and legislation to “hold the WHO accountable.” She claimed the World Health Organization “is China-centric and panders to Beijing at every turn.”

Former President Donald Trump had given notice the U.S. would withdraw from the WHO in July. Biden reversed that.

Stout isn’t the only Hice aide moving up in Washington. Tamlyn Sheng, who was Hice’s deputy press secretary, will be the digital director for Sen. Tommy Tuberville, R-Ala.