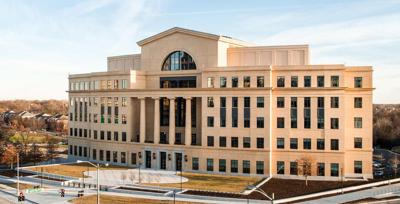 MONROE, Ga. — Retired educator Harold William “Bill” George won a major ruling in the state Supreme Court when the justices ruled there were problems with the search of his home that led to his arrest and later conviction on child molestation charges.

George was arrested in 2016, five years after he retired as the principal of Monroe Area High School and while working as a children’s minister of The Orchard in Loganville. A Walton County jury found George guilty of two counts child molestation, two counts of enticing a child for indecent purposes and six counts of sexual battery.

The Georgia Court of Appeals upheld the convictions in 2020, rejecting the argument that the search of George’s home in 2015 exceeded the scope of the warrant.

But in a unanimous opinion issued Tuesday morning, the Georgia Supreme Court justices found both the Walton County Superior Court and state appeals court applied the correct legal standard for a Fourth Amendment challenge to the seizure of evidence beyond the scope of a search warrant.

The court vacated the relevant part of the Court of Appeals’ judgment and remanded the case for further proceedings consistent with the high court’s opinion.

A teenager George was working with on a physical conditioning program told his mother George touched him inappropriately, and the mother in turn alerted law enforcement. After a forensic interview of the teenager, the lead investigator for the Walton County Sheriff’s Office obtained a search warrant for electronic devices in George’s possession, and the state also seized notes, papers and other materials.

Attorneys for George filed a pretrial motion to suppress, asserting the seizure of nonelectronic items such as measuring tapes, a bag, notepads and other papers exceeded the scope of the warrant. Judge Eugene M. Benton, who has since become a senior judge and entered private practice in Walton County, denied the motion. The court ruled the items taken “could be considered relevant evidence to the officers,” since the affidavit for the warrant specifically mentioned George allegedly using a tape measure to measure the teenager and record his findings.

After a jury found George guilty on June 14, 2018, he filed a motion for a new trial citing multiple possible errors. Benton denied the motion, leading to an appeal to the Court of Appeals.

That court agreed with Benton, but the Supreme Court found the reasoning was erroneous “because the seizure of such evidence not subject to any other exception to the warrant requirement must comply with the well-established plain view doctrine.”

Because the Superior Court trial did not apply the correct standard, the Supreme Court ordered, it should have an opportunity to rule again on George’s motion to suppress the warrant.

The Court of Appeals’ earlier ruling on the George case is vacated and the case is now remanded to that court, with instructions for it to vacate the Superior Court order on George’s motion for a new trial, and to remand the case to Superior Court with the direction to reconsider the motion consistent with the law set forth in this opinion.

The case will go to Judge Jeff Foster, who in January succeeded Benton on the bench after his retirement.

Attorney Eric Crawford said if the court finds the motion to suppress should have been granted, George will get a new trial.

If not, there will be a new appeal.

Crawford said the case likely won’t be heard until early 2022.

George remains in the Georgia State Prison and is scheduled for release no later than June 12, 2038. His sentence includes 10 years’ probation after release, during which George is banned from Newton and Walton counties.