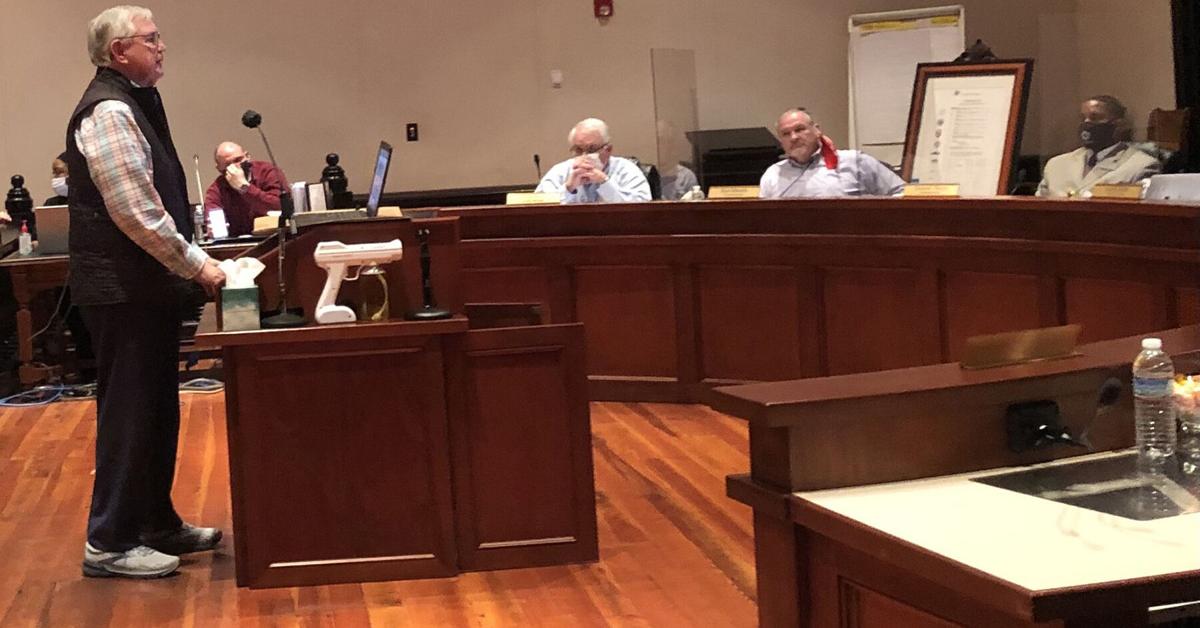 Bill Jones of Jones Petroleum Co. tells Newton County commissioners why they should vote to approve a rezoning for a new travel center near Social Circle, Ga. Commissioners denied the project at their meeting Tuesday night, Feb. 16, 2021, in Covington. 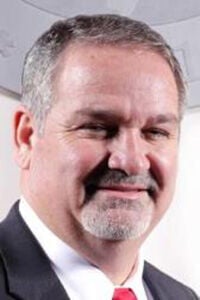 Stan Edwards, a Republican from Mansfield, has served on the Newton County Board of Commissioners since 2017.

COVINGTON, Ga. — Newton County commissioners heard from both sides of a travel center plan for a site south of Social Circle before quickly voting to deny it Tuesday night.

The Board of Commissioners voted unanimously to deny the request from Jackson-based Jones Petroleum Co. for a rezoning of a 46-acre site at Interstate 20 and Georgia 11 for construction of a travel center with convenience store, gift shop, three fast-food restaurants and possible future construction of a supermarket.

District 1 Commissioner Stan Edwards said he made his motion to deny the rezoning request because it was not conducive with the nearby college and the “small town charm” objective of the Brick Store overlay zone.

Developer Bill Jones said he planned the new travel center at the southeast corner of the Monroe/Monticello exit with more family-centered amenities than other chain travel centers.

He said it also would cater to long-distance tractor-trailer drivers but added the center’s 24-hour security would be focused on preventing crimes sometimes seen at traditional truck stops.

Jones also said he estimated the travel center and supermarket would eventually produce about $3 million in sales tax revenue that could offset the need for the same amount of property taxes from Newton homeowners.

However, Edwards said an estimated $3 million in tax revenue from a travel center would be “eaten up immediately” by paying for the infrastructure needed for such a large, traffic-producing development.

LeAnne Long, a resident of River Cove subdivision and a former Newton County commissioner, said she had visited Jones Petroleum’s 2-year-old travel center on I-75 in Butts County and said it was located in an area of industrial uses.

“It’s nothing like Brick Store,” she said, in reference to the zoning overlay district containing the travel center site.

“There’s a reason you have that overlay,” she said. “You need to keep with the plan.”

Wayne Pugh, also a resident of a nearby neighborhood, said he had a petition with more than 900 signatures opposing the rezoning.

He said he has owned a small trucking company for decades and believed crime like sex trafficking and drug use “just happens” at truck stops.

Pugh added that a travel center was not conducive with the area’s current land use, such as the college and residential neighborhoods across I-20 from the currently vacant site.

“No way a travel center should be across the street from a college,” he said.