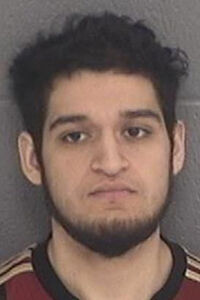 Alphonzo Gonzalez, 19, of Athens, Ga., was arrested Tuesday, March 2, 2021, in Barrow County on charges of criminal attempt to commit armed robbery and aggravated assault with the intent to rob. 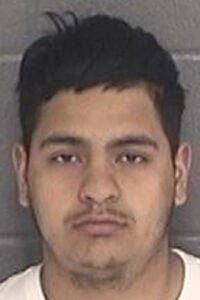 Julio Rivera, 20, of Athens, Ga., was arrested Tuesday, March 2, 2021, in Barrow County on charges of criminal attempt to commit armed robbery and aggravated assault with the intent to rob.

The Barrow County Sheriff’s Office identified the suspects Friday. Julio Rivera, 20, and 19-year-old Alphonzo Gonzalez, both of Athens, were arrested and being held at the Barrow County Detention Center on charges of criminal attempt to commit armed robbery and aggravated assault with the intent to rob.

Investigators said Rivera and Gonzalez, along with Jose Barrera and Erika Contreras, both 19 from Athens, arrived on Beech Creek Circle in conjunction with an armed robbery attempt on a person in a vehicle.

The victim also was armed, and during the robbery attempt, Barrera and Contreras were fatally shot.

The victim has not been identified but is from Winder.

Deputies were called shortly before 1:30 a.m. Tuesday on a complaint of suspicious people standing around a home and wearing masks.

Upon deputies’ arrival, dispatchers told them a dead woman was in a vehicle about 100 yards down the road from the deputies’ location.

Winder police soon advised a deceased man was found up the road from the initial crime scene. An investigation determined both cases were related.