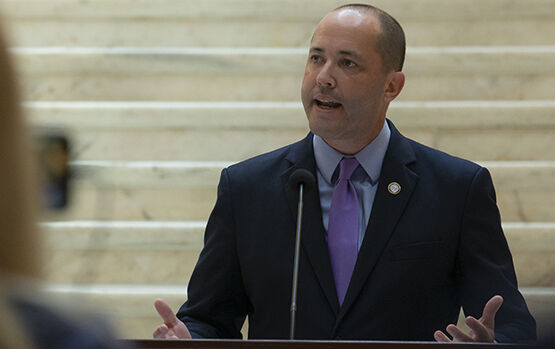 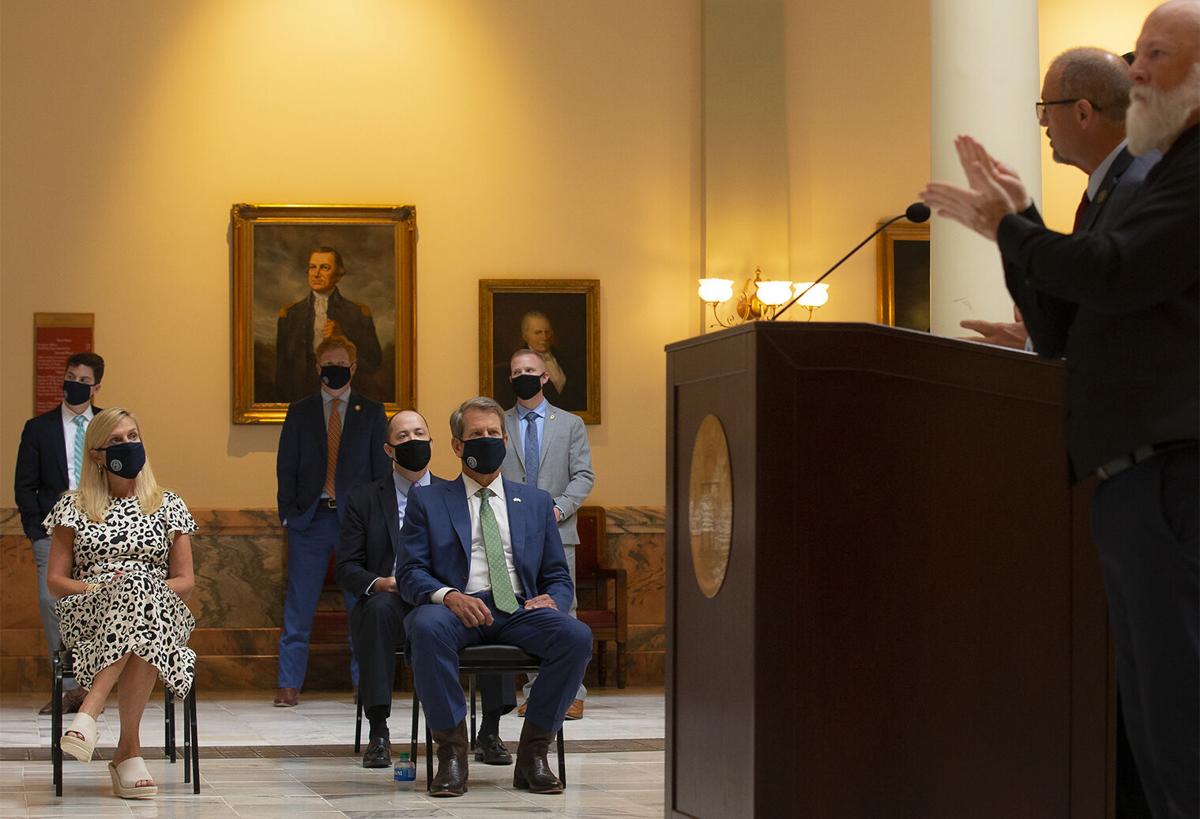 Translator David Cowan signs during a news conference at the state Capitol on Wednesday, Aug. 19, 2020, in Atlanta. At left are first lady Marty Kemp and Gov. Brian Kemp.

Translator David Cowan signs during a news conference at the state Capitol on Wednesday, Aug. 19, 2020, in Atlanta. At left are first lady Marty Kemp and Gov. Brian Kemp.

A new state task force has been working since July to crack down on human trafficking in Georgia.

The task force launched July 1 with four agents including two investigators funded by a grant from the state Criminal Justice Coordinating Council. The unit is based in Atlanta and works statewide with local, state and federal law enforcement agencies, Reynolds said.

Reynolds put out a warning that the new GBI unit aims to give human traffickers no quarter in Georgia.

“I want you to know without any equivocation that the GBI is coming after you,” Reynolds said. “And we intend on pursuing these cases in every corner of the state of Georgia.”

Curbing human trafficking has been a top priority for Gov. Brian Kemp since taking office last year as well as for first lady Marty Kemp, whom the governor charged with the trafficking-focused GRACE Commission to target traffickers and help victims.

The task force’s creation coincided with passage in the General Assembly of legislation to strip convicted traffickers of their commercial driver’s licenses and to help trafficked victims clean up any criminal record they may have. Kemp signed those bills last month.

“We’ve made it clear … that in no terms are perpetrators of modern-day slavery going to have any place in the state of Georgia,” Kemp said Wednesday.

A federal judge sentenced a Monroe man to nearly five years in prison on charges related to child exploitation.