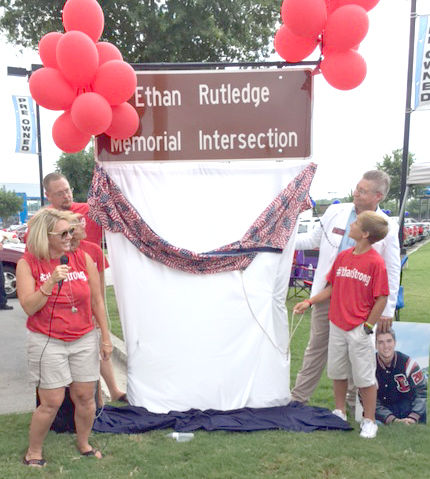 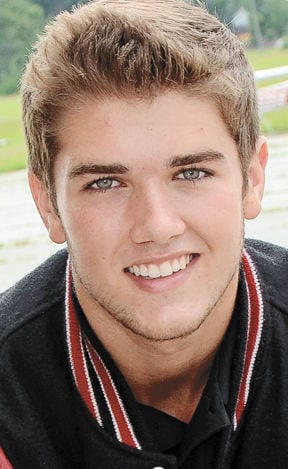 LOGANVILLE — The busiest intersection in Walton County now is named in memory of a Loganville teenager who died a year ago.

About 200 people gathered on July 25 for a dedication ceremony at the intersection of U.S. 78 and Georgia 81 South. The crossroads will be known as the Ethan Rutledge Memorial Intersection.

Ethan Hunter Rutledge, 19, died Nov. 30 in a one-car traffic accident on Georgia 81 north of the city.

Rutledge was homecoming and prom king and was involved in football and cheerleading at Loganville High School. He graduated in 2014 and was studying biology at Columbus State University at the time of his death.

After his death, an outpouring of support for the Rutledge family manifested itself on social media and in a vigil on the Town Green in Loganville.

During the 2015 session of the General Assembly, state Rep. Tom Kirby, R-Loganville, introduced a resolution to name the intersection on Rutledge’s memory. The measure passed and Gov. Nathan Deal signed it into law.

The resolution concluded, “Ethan Rutledge embodied the spirit of service and found meaning in something greater than himself.”

His mother, Charity Rutledge, wanted to make the dedication ceremony last weekend about more than her son.

She invited the emergency medical technicians, members of the fire and rescue squads and other public safety officers who work to save lives and preserve safety.

The helicopter that carried Ethan Rutledge to Atlanta in hopes of saving his life landed across the street from the ceremony. Charity Rutledge led the group in a moment of silence to honor all of the men and women who work daily to preserve public safety.

“Ethan has given us all a special memory to cherish,” she said. “As we go on about our busy lives, we will feel our hearts skip a beat when we pass through this intersection. We will feel all of those wonderful memories fill our hearts.

“It is our family’s hope that you will share all of those memories with others and keep him alive in all of us.”