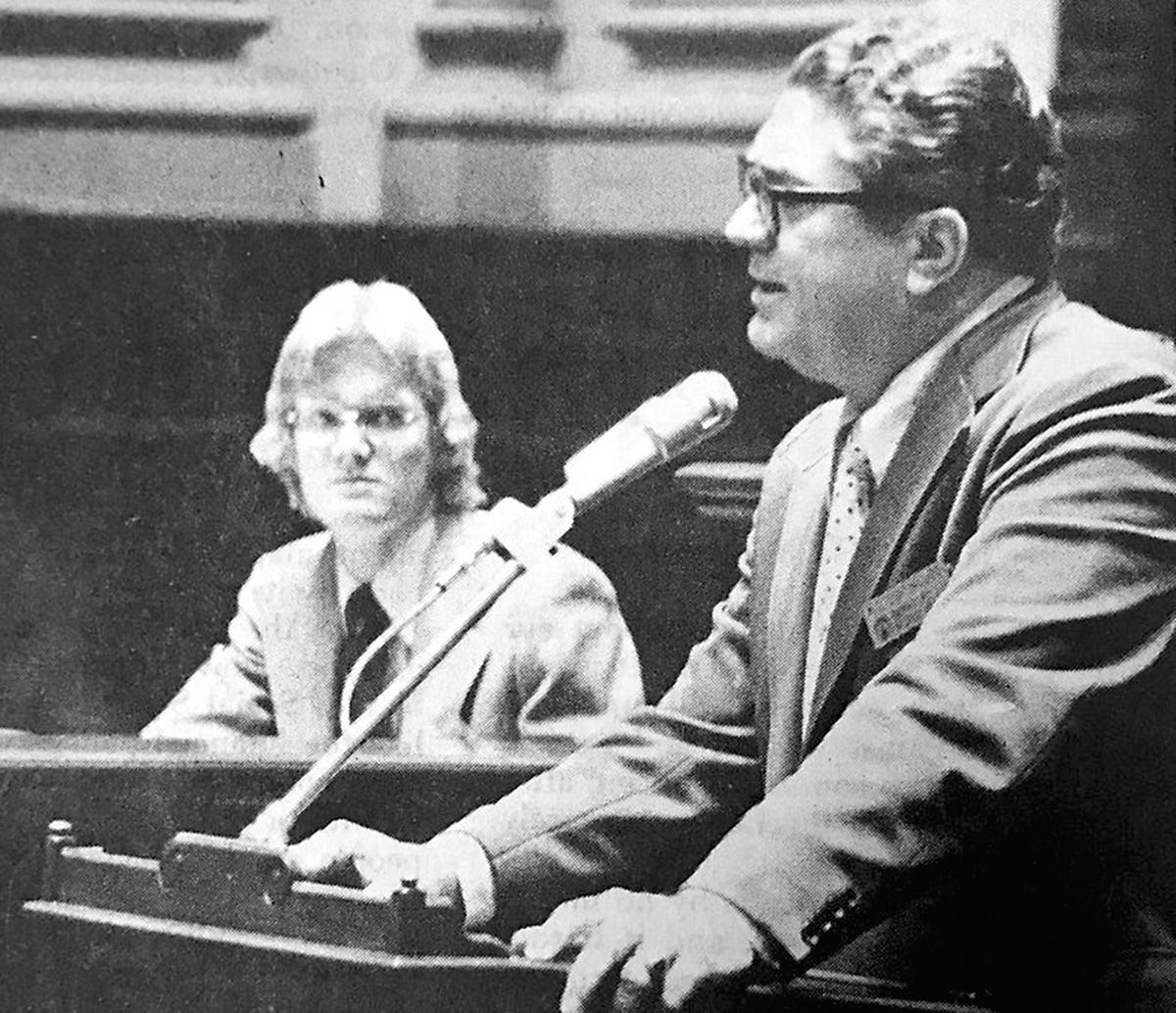 State Sen. Don Ballard, D-Covington, speaks in favor of the passage of the Georgia Products Bill in 1976. 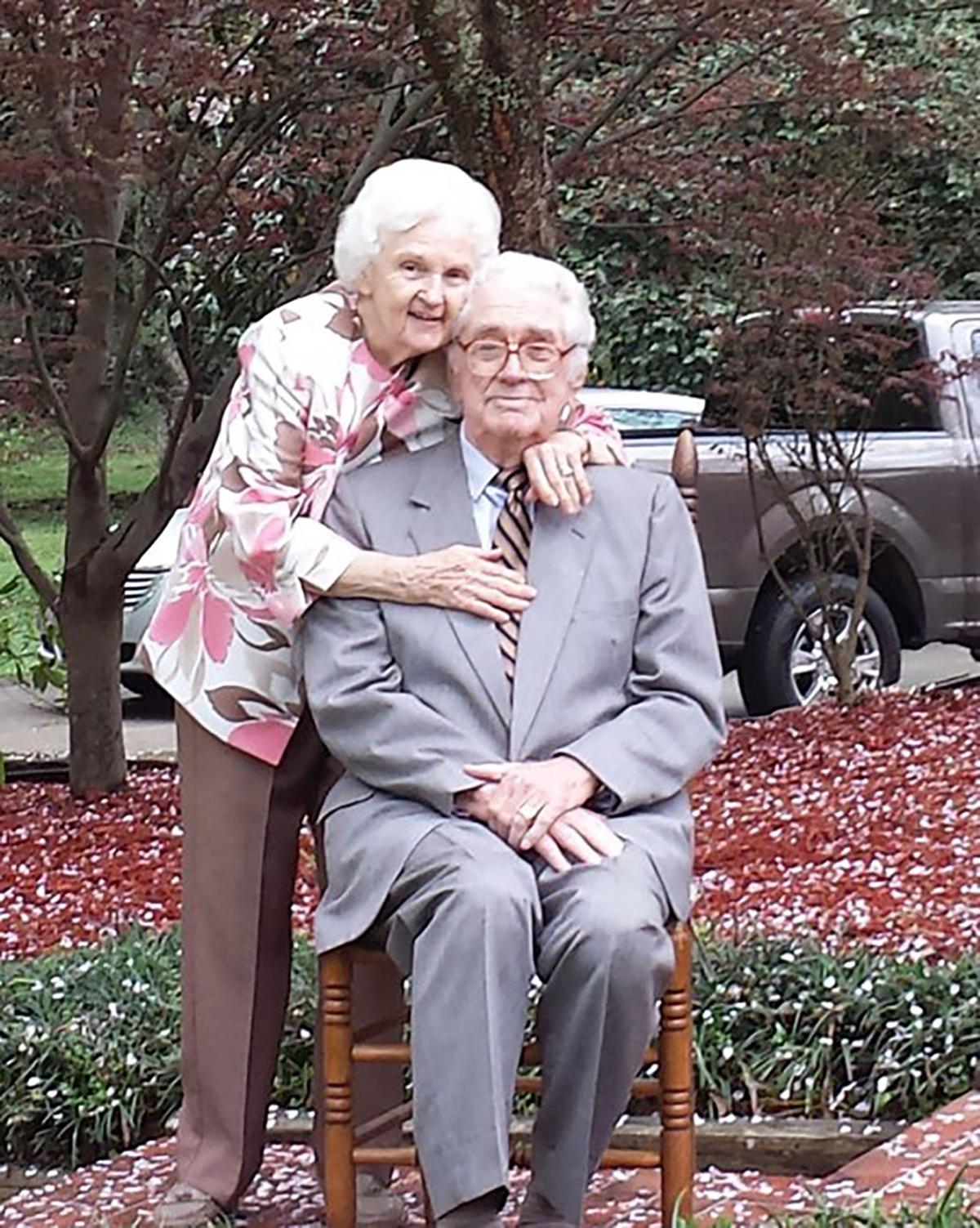 State Sen. Don Ballard, D-Covington, speaks in favor of the passage of the Georgia Products Bill in 1976.

Ballard documented his life's work for his family. That documentation was provided to The Covington News for reference on this memorial piece. All quotes from Ballard are directly from that piece.

In 1949, William Donaldson “W.D.” Ballard earned his bachelor of laws at the University of Georgia and passed the bar examination at the young age of 22.

He was a former graduate of Covington High School, Class of 1944, and attended North Georgia College and Emory College before earning his undergraduate at UGA.

Previously, Ballard enlisted in the U.S. Navy, during World War II, serving from 1944 to 1946. He was stationed in the Pacific area, aboard the LST 1076, in preparation for the invasion of Japan. He was trained as an underwater demolitionist — “Amphibs” — to destroy manmade, underwater obstacles. He was between Hawaii and Japan when the war ended.

Ballard served as an attorney for Oxford for 52 years; Mansfield for more than 40 years; the Newton County Water and Sewerage Authority for 21 years and for Covington, Newton County, Porterdale, Newborn, Walnut Grove and Jersey.

Ballard served voluntarily for Oxford, Mansfield and Newton County Water and Sewerage Authority, so no fees were assessed.

“I had received great support from my community and wanted to give back,” Ballard said. “Therefore, I volunteered these positions.”

“During my time with the Authority, I served with fine members, and we put water in all sections of Newton County as well as sewer in the majority,” Ballard said.

In 1957, Ballard was elected into the state House of Representatives as the chairman of the Highway Committee, under Gov. Ernest Vandiver.

Ballard was also a member of the Adequate Program for Education in Georgia, a program that provides a financed education structure and ensures each Georgian an educational opportunity. He was proud of the accomplishments he made as a member of APEG, stating that the program “made great accomplishments for the Georgia School System, including the Head Start Program.”

In the late 1950s, Ballard was a member of Vandiver’s meetings with other chairmen, judges and university personnel to discuss the university’s position as to whether black students should be allowed at the University of Georgia.

It was decided that the university would be “no Little Rock.”

Ballard was a member of the House of Representatives until 1970, when he was elected into the Senate, as a representative of District 45. He served the areas of Newton, Walton, Rockdale, Morgan, Jasper, Putnam and Barrow counties.

“With five reapportionments in 10 years, I prevented Newton, Rockdale, Morgan and Walton from being chopped up into different districts,” Ballard said. “All of the citizens and counties had a strong voice at the capital and faired well even in the weary years.”

In 1979, Ballard was named Legislator of the Year by the Georgia Mental Health Association.

In 2004, Ballard was elected mayor of Oxford, his home.

It was during Ballard’s first election for mayor that Oxford “had the greatest turnout of voters in more than 40 years,” he said. “I won with 67% of the vote, even with two opponents.”

As mayor of Oxford, Ballard created the Citizen Committee, a committee that assisted and advised on city planning. He was able to complete his plans for the city under the committee. His completed plans were the destruction of the utility and work yard, building of the modern utility system, upgraded city’s equipment and upgraded personnel.

Ballard resigned as mayor after two years, deciding his tasks were completed and it was time to “get out.”

Ballard was a member of the Oxford Lions Club, where he was awarded the Melvin Jones Fellowship Award, the highest honor granted.

“The people of this county and district have been awfully good to me and my family in life and politics,” Ballard said. “They have paid me back tenfold. Nobody owes me anything, rather I owe it to them.”

Ballard passed away July 2. He was born in Decatur on March 15, 1927, to Robert Hershel “Bob T.” Ballard and Eva Dorminy Ballard; both preceded his death.

Caitlin Jett is a staff writer for The Covington News.