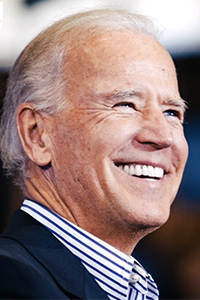 Joe Biden, a Democrat from Delaware, was the vice president from 2009-17. 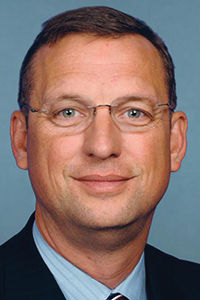 Doug Collins, a Republican from Gainesville, represents Georgia’s 9th District in Congress. He was first elected in 2012. 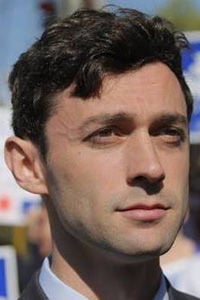 Jon Ossoff, a filmmaker from Atlanta, is a Democratic candidate for U.S. Senate. He was the Democratic nominee for the 6th Congressional District seat in 2017.

ATLANTA — The presidential race and one of the two U.S. Senate contests in Georgia this year likely will be decided by close margins, according to a poll released Tuesday by left-leaning website DailyKos.

On the other hand, Republican U.S. Rep. Doug Collins was running well ahead in Georgia’s other Senate election on this year’s ballot. Incumbent GOP Sen. Kelly Loeffler was fourth in the crowded field.

The online survey of 1,339 registered voters took place from May 16-18, with results weighted by age, race, gender, education and party identification to accurately reflect the population of Georgia registered voters. The margin of error was plus-or-minus 3.1%.

The results pointed to a continuation of gains in Democratic strength in what has been a reliably Republican state for the last two decades. The pattern surfaced two years ago when Democrat Stacey Abrams lost a close race to Republican Gov. Brian Kemp and Democrats captured a congressional seat in Atlanta’s northern suburbs long in Republican hands and nearly toppled a second GOP incumbent in a U.S. House district based in Gwinnett County.

Democratic voters will go the polls June 9 to choose a nominee to oppose Perdue’s bid for a second six-year term in the Senate.

In the DailyKos poll, Ossoff was the only Democrat holding a lead over Perdue in head-to-head matchups. Perdue held a 1-point lead over former Columbus Mayor Teresa Tomlinson, 45% to 44%, and a 3-point advantage over Sarah Riggs Amico, the 2018 Democratic nominee for lieutenant governor, 45% to 42%.

In an unusual free-for-all election being held without a party primary, 21 candidates for the seat – Republicans and Democrats alike – will be on the general election ballot Nov. 3. If no one receives more than 50% of the vote, a runoff between the top-two finishers would take place in early January.

In response to a question pitting all of the candidates, Collins polled 34% of the vote. The Rev. Raphael Warnock, a Democrat and pastor at Atlanta’s Ebenezer Baptist Church, was second with 18%.

Lawyer Matt Lieberman, also a Democrat and son of former Sen. Joe Lieberman of Connecticut – the Democrats’ 2000 vice presidential nominee, was third with 14% of the vote, followed by Loeffler, with 12%. None of other candidates polled double-digit support.

When the top Republican and Democratic candidates were pitted against each other one on one, Warnock, Lieberman and former U.S. Attorney Ed Tarver outpolled Loeffler by more than 10 points.

Collins’ results against the Democrats were mixed. He was leading Tarver by three points, 45% to 42% but tied with Lieberman at 44% each and trailed Warnock by one point, 45% to 44%.