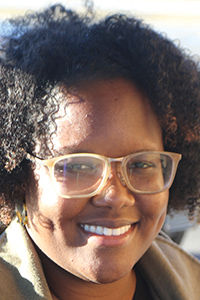 Simoan Capers is the 2018 Democratic nominee for the District 1 seat on the Walton County Board of Education. 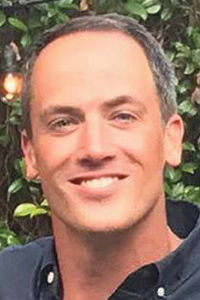 Brian Krawczyk is the pastor of Grace-Monroe. He was the Republican nominee for the District 1 seat on the Walton County Board of Education in 2018.

Despite incredibly high turnout at the polls so far during this election cycle, almost all of the attention for local voters has been on statewide and national races, as the governor’s race and the fight to control Congress have vied for attention almost exclusively.

This is due, in large part, to the paucity of contested local races this year, with almost every race decided by the end of the primary election for Walton County contests.

But in the one contested race on local ballots, two potential advocates for education are poised to clash.

Republican Brian Krawczyk and Democrat Simoan Capers are both attempting to win election to the District 1 seat on the Walton County Board of Education, currently held by Lynn Hill. Hill, citing his increasing duties with the Boys & Girls Club, decided not to run for re-election this year, opening the door for the two political hopefuls to clash at the ballot box.

Krawczyk, representing the GOP on the ballot, is the pastor of Grace Monroe, a nondenominational church located the Monroe Mills.

Krawcyzk has a long history of working with youth in his ministry positions at various churches and nonprofits and is currently involved in local elementary schools through the Good News Club after-school program he helped launch.

Now, Krawczyk said he wants to get involved with local schools more directly.

“I am running for school board because I passionately believe the most valuable asset in our community is the next generation and that kids deserve our very best,” he said. “Walton County Public Schools has made great strides over the last several years and I hope to help continue to see our schools become the very best they can be.”

Krawczyk also points to local roots and his investment in local schools.

“With four children coming up through the Walton County school system, one who is currently a freshman at Monroe Area High School and one a sixth-grader at Carver Middle, our family is deeply rooted in this community and passionately committed to helping make it the best it can be,” Krawczyk said.

Krawczyk has a bachelor’s degree in sociology from Furman University and a master’s degree in biblical studies from Fuller Theological Seminary, but his desire to help and work with youth, and the men and women who teach them, goes back much farther than that.

“As the son of a retired Walton County elementary school teacher, I saw first hand the joys and struggles faced daily by those who intentionally invest in the minds, hearts and lives of students,” Krawczyk said. “As a member of the Walton County school board, I would seek to be an advocate for students to receive the best education we can give them to thrive in life, and an advocate for our schools and educators to be valued, supported and partnered with by our community. I have spent my life intentionally investing in the next generation and working to make our community a great place to live. It would be an honor to serve Monroe and Walton County in this way.”

Simoan Capers is a Monroe native, graduate of Monroe Area High School and Spelman College and, after nearly a decade in banking, recently began working for Walton EMC. Now, the mother of four wants to get more involved in the schools to ensure they continue to support everyone served by the system.

“My kids go to school here,” Capers said. “I also have a son with special needs and such children need support from the board and the schools. And not just those kids, but all kids. I want to be an advocate for them, as well as the staff, faculty and everyone else.”

Capers said she knows the importance of the board and a proper relationship with the community and the schools.

“When I was in high school, we lost our accreditation,” Capers said. “I saw how that affected the kids. We worked real hard to get back on track.”

Now, she wants to make sure the current board stays on that track and works with the schools.

“Our school system has grown a lot and I want to see that continue,” Capers said. “It’s grown more accessible through social media and it offers more avenues for all kids. I would like more parents to learn that.”

Capers said her own experience with Walton schools has been a good one.

“My son with special needs has made tremendous gains since he first started in pre-kindergarten,” Capers said. “He’s almost at grade level. We need to continue to offer that to students like him and all students, not just a cookie cutter approach that treats all students the same.”

And she said it’s vital to consider those outside the classroom, as well.

“We have a lot of parents who also work for the school system,” Capers said. “I want to be an advocate for them, too.”

Overall, Capers said she hopes to serve the school system to represent all, not just one side or another of some political divide.

“I didn’t expect the entire process to be so political,” Capers said. “I just want our kids to have a great education.”