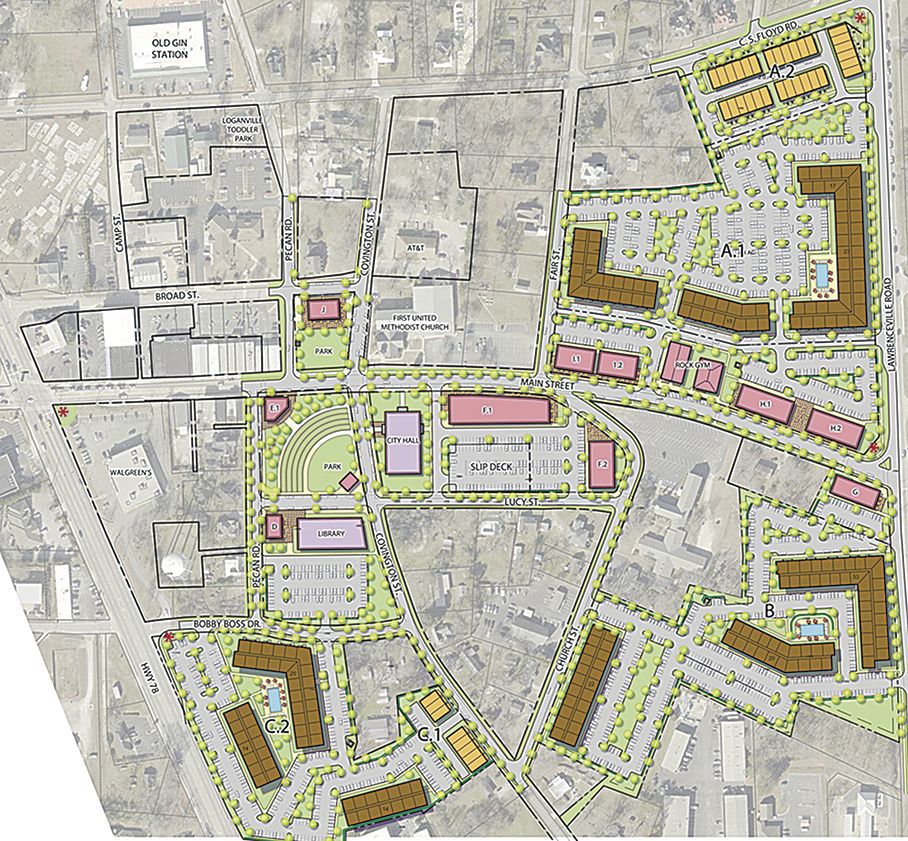 Connolly’s downtown plan, which had been altered, but not before the council stopped the process. 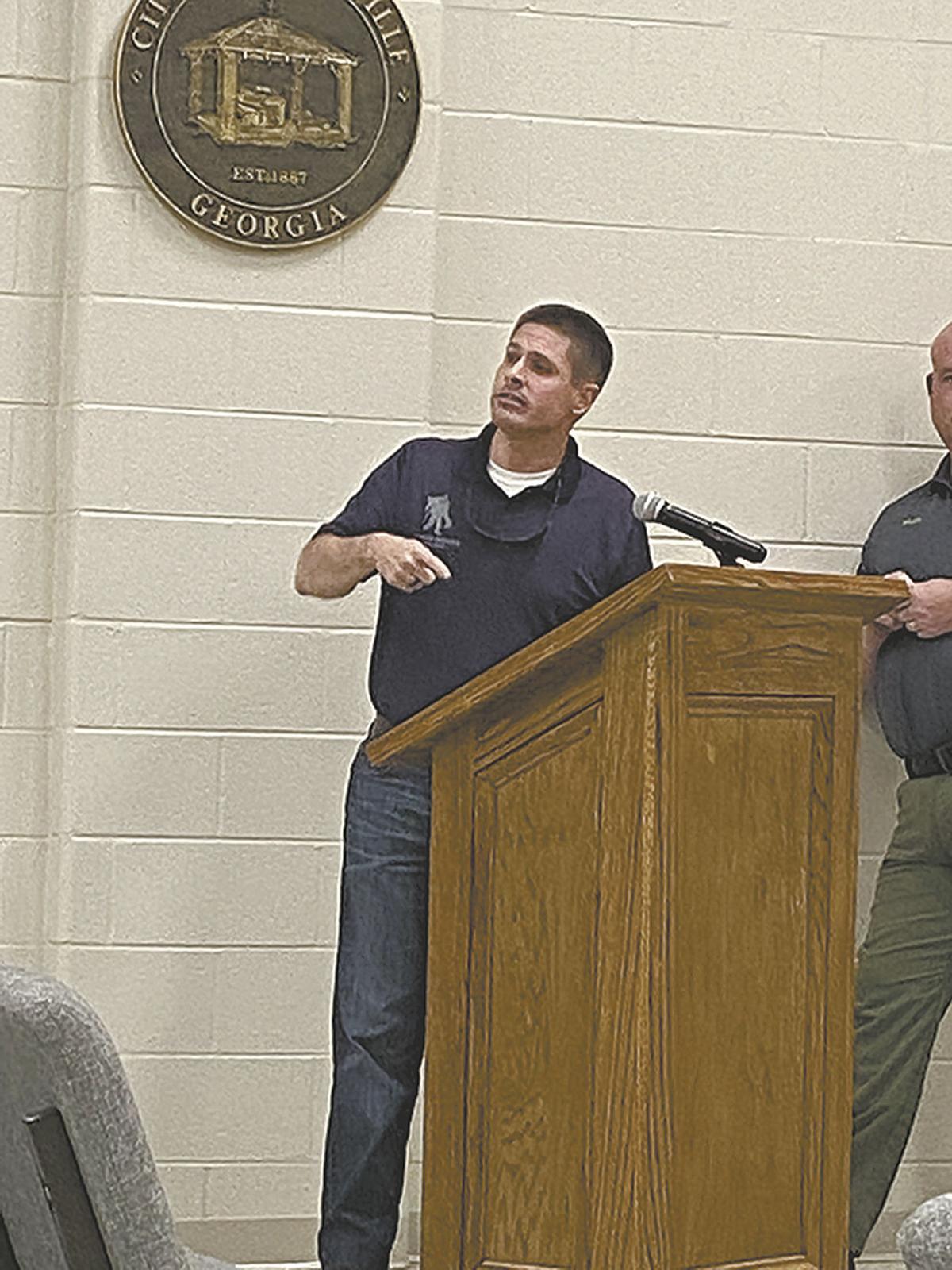 Jeremy Dupree argued against the council's halting of downtown work. 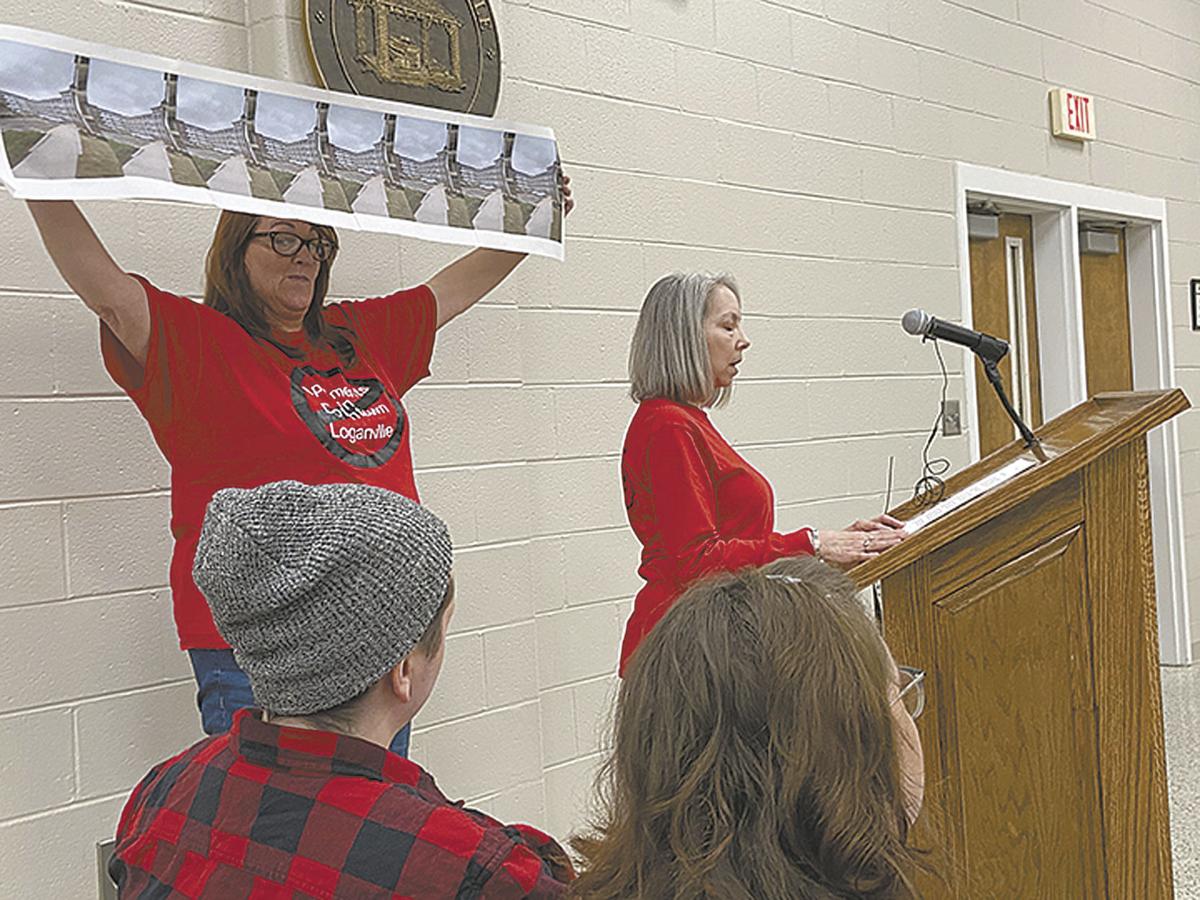 Opposition to the plan has been fierce.  Joanne Byrne-Riccardi and Tricia Elliott addressed the council about it in February . 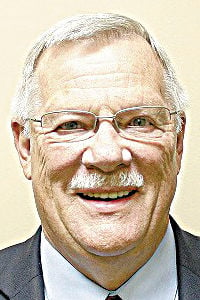 Danny Ford was elected to the Loganville City Council in 2016.

Connolly’s downtown plan, which had been altered, but not before the council stopped the process.

Jeremy Dupree argued against the council's halting of downtown work.

Opposition to the plan has been fierce.  Joanne Byrne-Riccardi and Tricia Elliott addressed the council about it in February .

Thursday's Loganville city council meeting was all rather routine until it wasn't.

The council approved some consent agenda items, denied a re-zone request, approved buying some air conditioning units, and then, seemingly from nowhere, Economic Development Chair Danny Ford made a motion.

"I'd like to make a motion for the city manager to cease pursuit of proposed development of the downtown," he said.

Stunned silence followed. He read it again. He repeated the motion. Then slow applause from the audience.

And with that, and the 4-2 voted that followed, Loganville called a halt to a downtown redevelopment process that has roiled and divided the city since the day it was announced.

It will prevent city staff from pursuing any kind of development in downtown until the council makes another motion to allow it.

Connolly Investment and Development had proposed a $180 million revamp of downtown, with 90,000 square feet of retail and 800 apartments. City Manager Danny Roberts said the company was downsizing the proposal after public pushback and a report for real estate consultants suggesting a smaller development.

"We were preparing a revision to our plan, one that takes into account all the public feedback we've received over the past few months. " he said.

"It's a smaller plan, it's less residential units, it's less commercial space, it's would be something that would in range of what the Haddow report suggested...It's a significant reduction to what would be built."

But after last night, Connolly has no path forward.

"It's disappointing that the city had a meeting yesterday and discussed our project," Connolly said.

"It wasn't on the agenda, we were not invited or told it was going to be discussed nor did we have the chance to speak about it. That is highly unusual, but you know, it is what is. We are still believers in Main St. Loganville, but evidently the city does not want to proceed, based on their vote last night...The vote last night was a big surprise and very disappointing."

It didn't happen without protest. Anne Huntsinger struck back at Ford.

"And my dad died three weeks ago, and he taught me from the I was little bitty that all you have is your word. And the only mistake I've in this is I believed the two of you that said we were in this together. And when I said it was going to get harder, you said 'I'm in.' And now you're out."

"I fought a good fight. I thought we were going to make the decision to go the distance together. Apparently we're not. I think it's a shame."

"Danny Roberts if this goes through, I want to personally thank you Natalie, Robyn, and every one of the staff, the LDA, who has busted their a--, excuse my French, for countless hours. Headaches. Heartaches. Thank you."

He brandished a letter he wrote to Darden Restaurants, the parent company of Longhorn Steakhouse.

"...I've worked hard. Met with GDOT. Done a lot of stuff. Me and Anne and most of the council have worked hard, many, many hours behind the scenes. And let me tell you, there's nothing worse than someone not having a backbone."

After hearing from audience members, Martinez asked for a vote by a show of hands. Jay Boland, Lisa Newberry and Bill DuVall sided with Ford on the motion. Huntsinger and Linda Dodd opposed, standing up to vote instead of raising their hands.

Later in the meeting, Martinez ripped his letter to Darden in half out of frustration.

After the meeting, Newberry said the influx of existing rental property in the city led her to no.

"When I found out we have 200 homes on 81 for rent, and then the Tommy Lee Fuller that's 121, and then another 200 hundred something in Logan Point. You take all those numbers and you add them up, we're like 39% rental," she said.

"So I don't want to see us moving towards a transient community," she added.

Boland has been opposed to the development from the start.

"I think we got it right tonight," he said.

"A lot of people called me. I had a lot of good conversations with a lot of citizens. And when it was all said and done, I had to weigh their concerns, against what I really felt at the time," he said.

"So yeah, I really was for it. And I did switch. I just though it time for it to be over, in some form."

He said he didn't know what Connolly's new proposal would look like, but wasn't sure it would have changed his mind.

"I don't know what his other proposal was going to be. I just didn't feel right now that, with as many people who were against it, it was the right thing to do."

The decision had been brewing for several weeks. He said he knew Boland and Newberry were for halting the process, but only found out that DuVall would join them until very soon before the meeting.

"I did not know that. That's what prompted me to go ahead and do what I did. And as Chairman of the Economic Development Committee, it was my duty to do that," he said.

DuVall said he didn't think the plan had enough support from the public.

"But I wasn't getting any feedback, positively. As soon as the Haddow report came out, I shared that with all my neighbors. No support. Nothing came back. You have all this opposition and I wasn't seeing anybody for it. I really wasn't expecting a vote to come up like that...It was certainly not a good night."

Citizens in the audience applauded the move to kill the plan.

"I want to thank you for voting to put the brakes on this," Tricia Elliot said.

Loganville Development Authority Chairman and real estate broker Jeremy Dupree, who had resigned earlier in the evening, said after the meeting that the council was making a mistake by walking away from Connolly this early in the process.

"To the four council people who decided to do this, I think you made a huge mistake. I do think you don't have a backbone," he said.

"How can you not negotiate something all the way to the end, before you even know what you have? ... Of course the developer is going to come in and say 'I want x, y, and z.' It's the council's job to negotiate the best deal they can for the city, and if you can't make deal, then at that time you walk away. But you at least vet it. You guys didn't even get that chance. You didn't even get that far to vet it."

He said rebirth on Main Street was unlikely without a push from elsewhere.

"Outside of the project, I've worked for about ten years to try to get something done on my own here in town," he said.

"...Any development going forward, it's going to take a long time. It may not ever happened here. And Main St. will always look like what it is."