Six Figs Farm was chosen as the Conservationists of the Year by the Walton County Soil and Water Conservation District. From left are Crista Carrell; Nathan Malcom; Jose Pagan; Dale Wiley; Mikkel and Sunday Antonisen; Katarina, 13, and Lee, 10, Antonisen, and Dan Bennett. 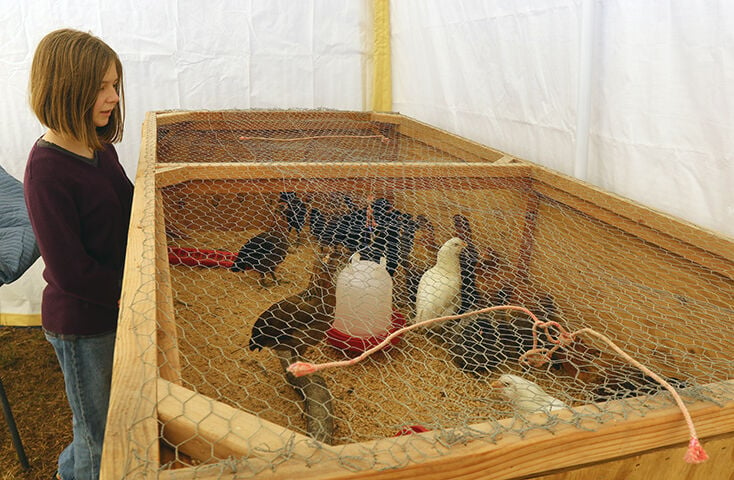 Six Figs Farm was chosen as the Conservationists of the Year by the Walton County Soil and Water Conservation District. From left are Crista Carrell; Nathan Malcom; Jose Pagan; Dale Wiley; Mikkel and Sunday Antonisen; Katarina, 13, and Lee, 10, Antonisen, and Dan Bennett.

In 2016, the Antonisen family did their own miniature “return to the land” movement when they moved into rural Walton County at the edge of Good Hope and opened Six Figs Farm.

An organic farm aiming to use regenerative agriculture — that is, a sustainable system where the farm is able to grow and thrive using what it already produces, without the need for outside chemicals, fertilizers and the like — Six Figs Farm has become a local staple in the last few years, appearing regularly at the Monroe Farmers Market and doing a brisk business with people who come from miles around to buy the farms eggs, chicken and duck, elderberries and, of course, figs.

Now, that push is paying off in another way as Six Figs Farm was chosen this year by the Walton County Soil and Water Conservation District as the 2021 Conservationists of the Year.

Mikkel and Sunday Antonisen, who farm the land with their children, Katarina, 13, and Lee, 10, said it was a great milestone for their enterprise.

“It’s huge,” Mikkel said. “It’s big for us. It feels like a blessing. I can’t really believe it.”

Since purchasing the property five years ago, the Antonisens have slowly expanded their work over the 17 acres they own, starting first off with their fig trees. The entire enterprise started with six cuttings from a fig tree in their former backyard, before they left the suburbs for farm living, and those cuttings grew into trees — hence the name Six Figs Farm. They have much more than six trees now, though, nor have they stopped with figs.

They also grow elderberries and asparagus, keep bees for their honey and maintain flocks of barnyard fowl — chickens, ducks and geese.

It’s the chickens that make the land regenerative for the family. The chicken coop is on wheels, making it easy to move the flock to any part of the farmyard. The birds are allowed to graze on a given plot of land, stirring up the earth, eating up the pests and heavily fertilizing it with their droppings as they go, before they’re moved elsewhere so the land can be planted.

The ducks provide a similar function, though they’re a little less mobile, as their pools have to move with them any time they go over part of the farmyard.

But the pools, filled with their own manure, can be poured over any plot of land as a perfectly natural, renewable fertilizer whenever needed.

“And they produce eggs every day,” Mikkel said.

The geese, however, are primarily there to protect the ducks. While the chickens, which the geese tolerate but never bonded with, have a few roosters to keep hunting birds from snatching away any of the flock, the ducks mingle with the geese and the geese are aggressive enough to make sure few hawks would be willing to make a grab for any bird on that side of Six Figs Farm.

It’s slowly but surely making Six Figs entirely self-reliant and sought out for its organic produce and farm products.

“People come looking for it,” Sunday said. “We sold out of quite a few things before farmer market season was over.”

Overall, the family’s second act is turning into a success and Mikkel said they are committed to making their farm an ongoing concern for themselves and the children and any generations that might come down the line.

“It’s been a lot of hard work but we’re starting to see results,” he said. “It’ll take a few more years to get where we want to be, but we’re well on our way.”