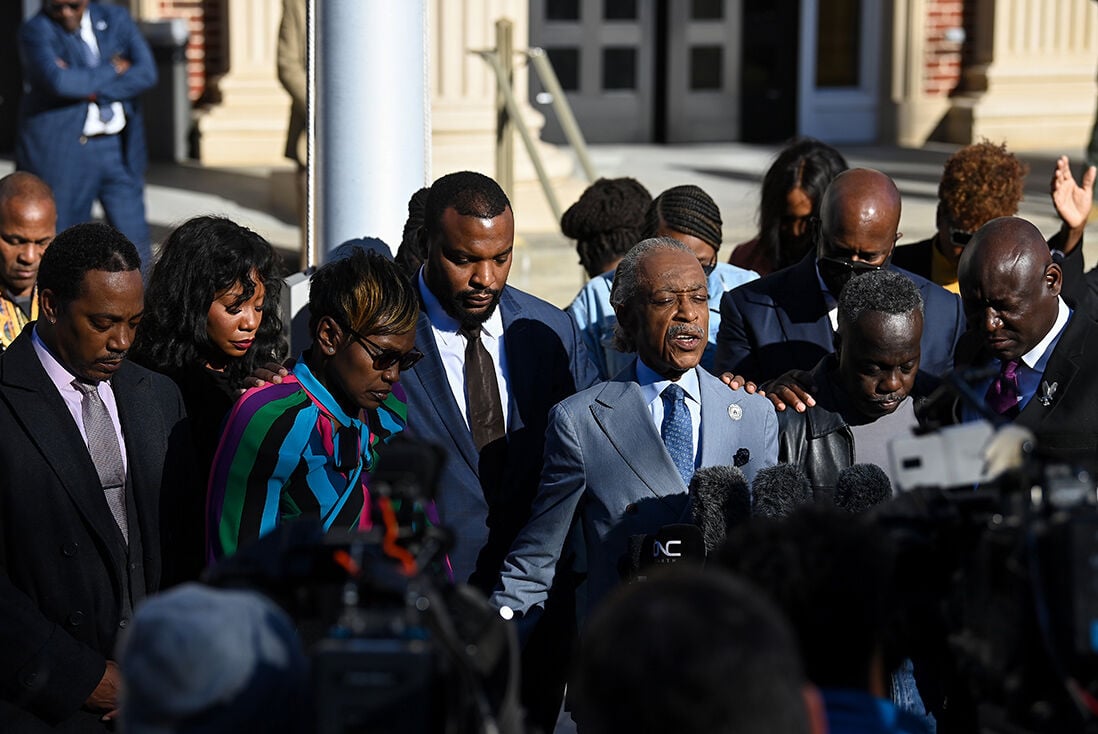 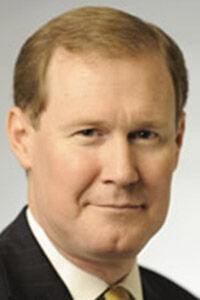 Judge Timothy R. Walmsley has served on the Superior Court of the Eastern Judicial Circuit since 2012.

The three white men convicted of murdering Ahmaud Arbery nearly two years ago were sentenced Friday to life in prison, two of them without the possibility of parole.

Travis McMichael, his father Greg McMichael and their neighbor William "Roddie" Bryan all faced at least life in prison for the killing of Arbery, a 25-year-old Black man. They chased and cornered Arbery with their pickup trucks in suburban Satilla Shores near Brunswick, Georgia. The five-minute pursuit ended with Travis McMichael fatally shooting Arbery, who was unarmed.

Prosecutors sought to remove the possibility of parole for the McMichaels, but not for Bryan, and the judge agreed. Members of Arbery's family took the stand earlier Friday to tearfully urge the maximum penalty for all involved.

"Ahmaud never said a word to them," Arbery's mother, Wanda Cooper-Jones, said in court Friday. "He never threatened them. He just wanted to be left alone. They were fully committed to the crimes - let them be fully committed for the consequences."

Activists and civil rights leaders praised the men's convictions in November as hard-won justice in the case, which saw no arrests until more than two months after Arbery's death. The three men were charged only after a cellphone video of the event went viral, thrusting the killing into the national spotlight and leaving many outraged at a justice system that they said showed little care for Black lives.

Georgia law prescribes a minimum sentence of life in prison for murder, leaving the question of parole up to presiding judge Timothy Walmsley. Prosecutors did not seek the death penalty. All three men were convicted of felony murder, or committing felonies that caused Arbery's death; Travis McMichael, now 35, was also convicted of malice murder, which requires intent to kill, but faces the same punishment as his 66-year-old father and 52-year-old Bryan.

In Georgia, those serving life sentences for serious violent crimes such as murder are not considered for parole until they have served 30 years.

Lead prosecutor Linda Dunikoski said Friday that the McMichaels should not be able to seek parole because they showed "thoughtlessness" and a "demonstrated pattern of vigilantism," arming up and pursuing dangerous confrontations rather than calling the authorities first.

Bob Rubin, a lawyer for Travis McMichael, argued that his client should be given the chance to prove himself worthy of release some decades later. He highlighted the younger McMichael's young son and past service in the Coast Guard.

"The urge to seek vengeance is strong and understandable in the family," Rubin said. "Lord knows, if I was in their position, I would be seeking the same thing. But vengeance is not the foundation of our sentencing, in our criminal justice system. Redemption is."

Lawyers for the defendants, who plan to appeal their conviction, argued that their clients had legal grounds to apprehend Arbery on suspicion of burglary. They said the McMichaels and Bryan sought to perform a "citizen's arrest" and that Travis McMichael shot Arbery in self-defense.

Travis McMichael testified that Arbery struck him and grabbed his gun, leading him to fear for his life in the final moments of the cellphone footage that went viral in spring of 2020.

The judge's decision will not mark the end of the widely watched case.

The first district attorney to handle the case faces rare criminal charges on allegations that she showed bias and instructed against arrest. And the role of race in Arbery's killing will take center stage next month when the McMichaels and Bryan go to trial on separate federal hate-crime charges.

Just before Friday's hearing, Lee Merritt, an attorney for Wanda Cooper-Jones, told reporters that prosecutors approached Arbery's mother to ask whether she would consider a plea deal involving 30 years' imprisonment for the federal charges.

"She rejected that offer because we believe that today the state will move forward with life sentences without the possibility of parole, and we think that's the appropriate sentence," Merritt told CNN.

Barry Paschal, a spokesperson for the U.S. attorney's office for the Southern District of Georgia, said Justice Department guidelines prevent officials from "discussing anything related to pleas."

Prosecutors implied in the fall that the McMichaels and Bryan targeted Arbery in part because of his race and jumped to conclusions about a man they suspected of break-ins. But officials did not seek to prove a motive, and during the trial did not use texts and social media posts offered early in the case as evidence that the defendants were racist.

The federal indictment charges the McMichaels and Bryan with interference with Arbery's rights and attempted kidnapping. In particular, it alleges the defendants used "force and threats of force to intimidate and interfere with Arbery's right to use a public street because of his race."

At the trial, Dunikoski urged the jury to be skeptical of Travis McMichael's story, which differed from his early account to police in some key details.

"All he's done is run away from you," she told Travis McMichael during cross-examination. " ... And you pulled out a shotgun and pointed it at him."

The McMichaels and Bryan were also each convicted of aggravated assault, false imprisonment and criminal attempt to commit a felony. The maximum sentences for those offenses are 20, 10 and five years, respectively. Prison terms for multiple convictions are generally served concurrently in Georgia.

Arbery's family said their son was out jogging on Feb. 23, 2020, the day he was killed. The shooting occurred less than two miles from his home.

Defense lawyers, however, pointed to surveillance footage of Arbery entering an under-construction property in their clients' neighborhood of Satilla Shores - incidents they said had put residents on edge. Arbery was in the unfinished home just before the shooting and also a few times in the months leading up to it.

Travis McMichael testified that he suspected Arbery of theft after hearing that things went missing from the home. But surveillance footage never showed Arbery taking anything, and he was not found with any stolen items.

Greg McMichael told police that he spotted Arbery running past his house in February 2020 and went to tell his son. Then, he said, they grabbed their guns and drove after him. Bryan, who was unarmed, joined in his own vehicle after watching the McMichaels chase Arbery past his porch.

"I figured he had done something wrong," Bryan later told authorities.

Bryan was recording with his cellphone when the chase turned deadly. His footage - which was shared with police shortly after the shooting - captured Arbery ahead of him, running toward the McMichaels' parked truck. At trial, Travis McMichael acknowledged that when he pointed his shotgun at Arbery, the man had not made verbal threats or shown a weapon.

Arbery's sister remembered her brother Friday as a jokester who loved to run. His mother recalled a "loving baby who seemed to never tire of hugs, cuddling and kisses."

Of the McMichaels and Bryan, Cooper-Jones said: "They chose to target my son because they didn't want him in their community."

"They each have no remorse and do not deserve any leniency," she said.