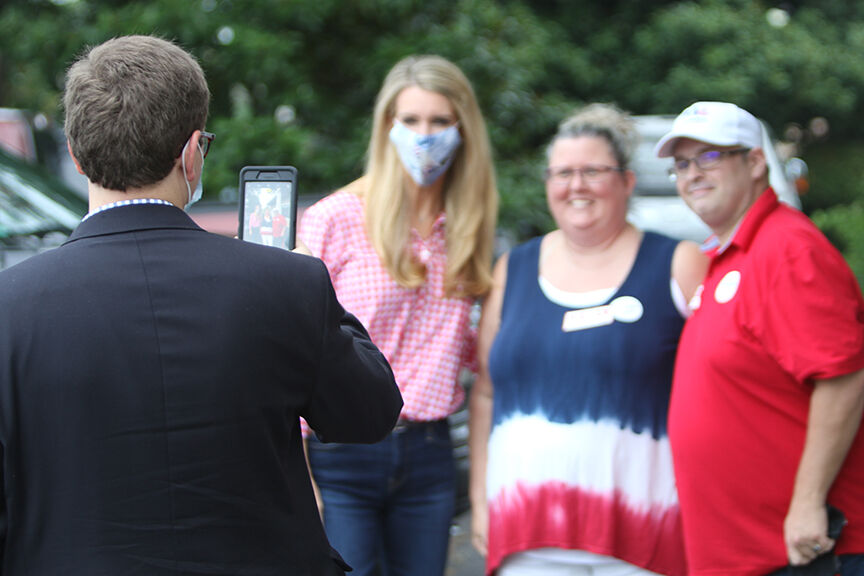 A campaign staffer takes a picture of Sen. Kelly Loeffler, left, R-Ga., and Jessica and Daniel DeWitt of Monroe on Monday night, Aug. 10, 2020, outside a meeting of the Walton County Republican Party in Monroe, Ga. 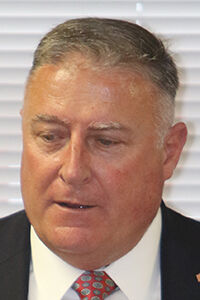 John F. King was appointed the acting insurance and fire safety commissioner of Georgia in 2019.

MONROE, Ga. — Sen. Kelly Loeffler said Democrats in Washington aren’t just playing to the cameras when they talk about defunding the police.

“It’s not just on TV,” she said. “They actually believe this stuff.”

The governor, long a favorite of local Republicans, named King as the acting insurance commissioner in 2019 after Commissioner Jim Beck was indicted on federal fraud charges.

Loeffler was appointed to the Senate after Johnny Isakson’s retirement at the end of last year.

Loeffler and King have very different jobs, but both brought similar messages to Monroe: support for law enforcement.

King came to the Gold Dome after serving as an Atlanta police officer, then the Doraville police chief. He’s also in the National Guard.

Loeffler said the idea of defunding police is “a dangerous movement” pushed by progressives.

“You see it on TV every day, and they’re working overtime to overthrow the structures that keep our cities safe.”

Thank you, Walton County GOP, for a such a STRONG turnout and welcome this evening! Our momentum continues to build across all of Georgia! #gapol #gasen pic.twitter.com/5R3YQz8soo

Loeffler is on the Nov. 3 ballot in an all-comers race to fill out the last two years of the Isakson term.

Polls show it as a tight race with Rep. Doug Collins, R-Ga., and Democrat Raphael Warnock, but she has the local endorsement of Sheriff Joe Chapman.