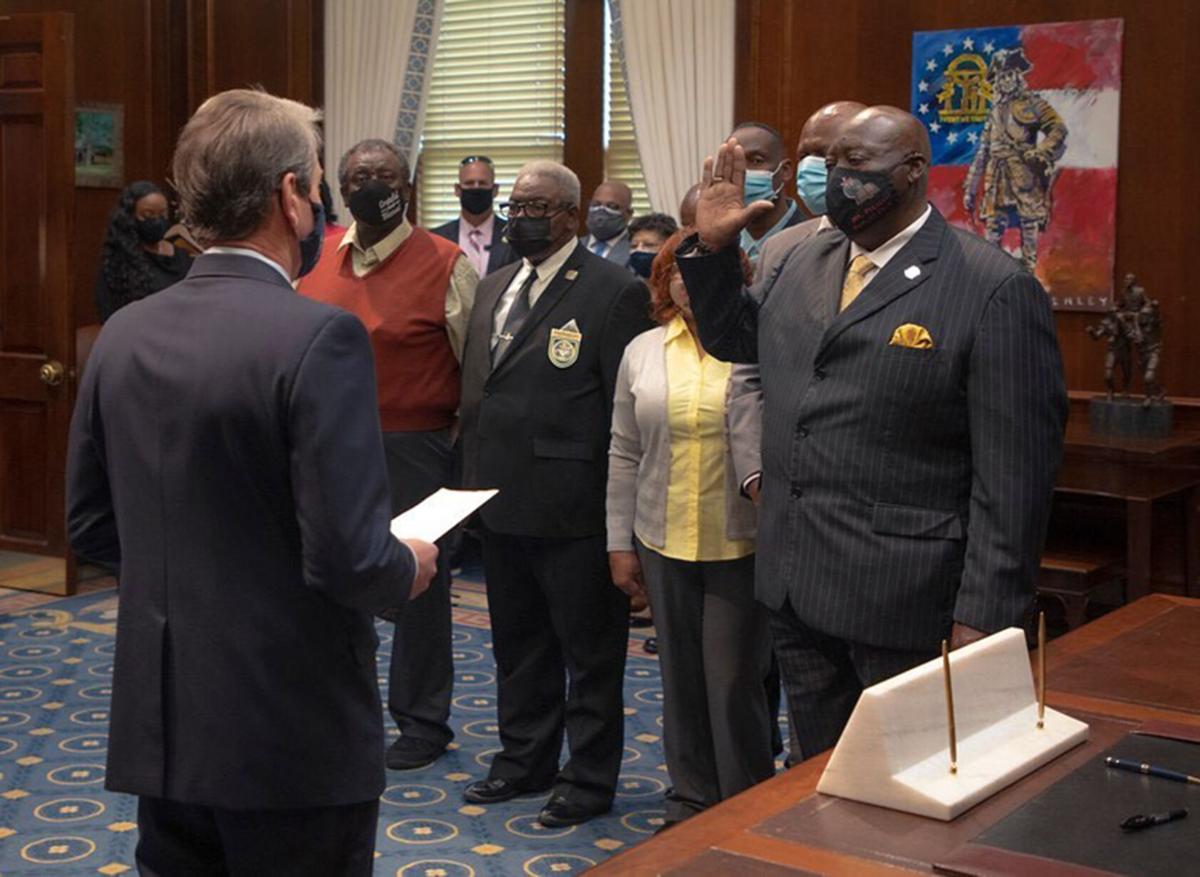 Gov. Brian Kemp, left, swears in the Rev. Abraham Mosley as chairman of the Stone Mountain Memorial Association board of directors on Tuesday, April 20, 2021, at the state Capitol in Atlanta. 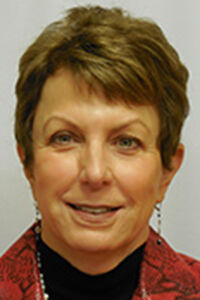 Joan Bostick Thomas of Monroe, Ga., is a member of the Stone Mountain Memorial Association board of directors. She is the 2021 vice chairwoman.

STONE MOUNTAIN, Ga. — The state board that oversees Stone Mountain Park voted Monday to tone down its Confederate imagery but stay in keeping with a state law prohibiting the removal of historic monuments from public property.

The Stone Mountain Memorial Association’s board of directors passed four resolutions to give the giant carving of three Confederate leaders on the side of the mountain historic context with a museum exhibit to be located at the park’s Memorial Hall.

The resolutions also call for relocating the Confederate flags that line the park’s main walk-up trail to the base of the mountain, designing a new logo for the park and seeking national historic site designation for a covered bridge at the park designed and built by a Black contractor from Athens.

“By law, Stone Mountain Park is a Confederate memorial,” Bill Stephens, the association’s CEO and a former state senator, said following Monday’s votes. “But there were things we could do to tell a complete story that’s acceptable to the 3 million Georgians who come here every year.”

The Stone Mountain carving was sculpted during the last century over a period of decades, a time that saw the rebirth of the Ku Klux Klan at a 1915 gathering atop the mountain and the 1954 U.S. Supreme Court order desegregating schools.

The project was conceived during the Jim Crow era, when Confederate monuments sprang up across the South glorifying the “Lost Cause” of the Civil War as an honorable struggle for Southern independence rather than a fight to preserve slavery.

That interpretation of the war later fell into disfavor, particularly during the Civil Rights era and — more recently — during the protests against police brutality that spread across the nation last year following the murder of George Floyd, a Black man from Minneapolis, by a white police officer.

With Confederate statues toppling across the South, critics of Stone Mountain’s depictions of Confederate President Jefferson Davis and Gens. Robert E. Lee and Stonewall Jackson have called for the carving to be removed.

Representatives of the Stone Mountain Action Coalition and other groups showed up at Monday’s meeting with signs carrying messages including “Don’t Celebrate Treason” and “Tell the Truth: Remove the Carvings.”

“This is not a battlefield. This is not a cemetery,” he said. “People come here for recreation. … It is time to stop pretending this place is about Civil War heritage.”

But Grady Vickery, a member of the Sons of Confederate Veterans, said Stone Mountain is an appropriate place to remember the war dead.

“This carving is a monument,” he said. “This carving is to stand for 80,000-and-some unknown soldiers who put it all on the line to go fight. … That monument Is for all of those who never came home.”

The Rev. Abraham Mosley, who took the reins recently as the association’s first Black chairman, said there was no way the board could please everybody, given such polarized views on the park’s purpose.

“We want to tell the whole story, the good, the bad and the ugly,” he said. “History isn’t good and pleasant to all of us. But it’s history.”

The proposed museum exhibit provided for in one of the resolutions approved on Monday will be developed by a seven-member advisory committee, to include members of the board as well as community leaders.

The board is due to adopt a design for a new logo by July 1.

Three of the nine board members are from Walton County. Joan Bostick Thomas of Monroe is the vice chairwoman. Loganville Mayor Rey Martinez and Roy N. Roberts Sr. of Monroe also serve.

The resolution calling for the Washington W. King Bridge to be designated a national historic site sets a goal of Sept. 1.