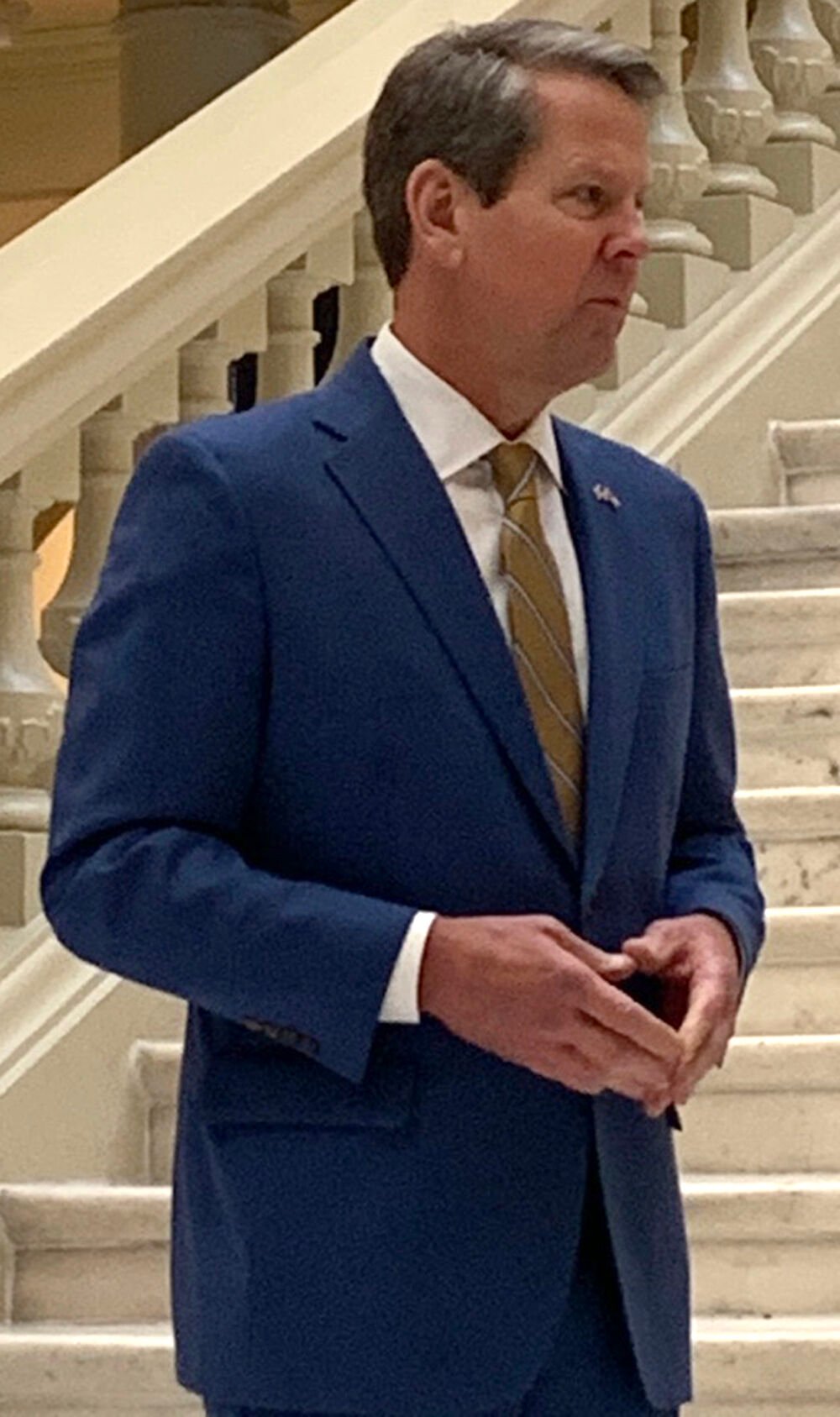 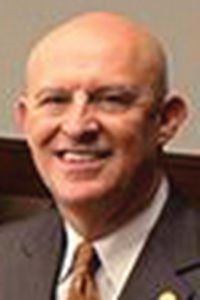 Vic Reynolds was named director of the Georgia Bureau of Investigation in 2019. He previously served as the Cobb County district attorney.

Gov. Brian Kemp warned Tuesday state authorities are prepared to do “whatever is necessary to keep the peace” as protests against police brutality and racial injustice continue across Georgia.

The governor and the state public health commissioner, Dr. Kathleen Toomey, also heeded protesters and law enforcement in protest areas like Atlanta to be mindful of their exposure to coronavirus and seek testing if they have been involved with large groups.

At a news conference Tuesday, Kemp said he understood the anger expressed in protests since Friday over the death of George Floyd, a 46-year-old black man who died after a white officer kneeled on his neck for several minutes during an arrest last week in Minneapolis.

But the governor also stressed he will not tolerate acts of violence and property destruction as protesting is poised to continue this week, particularly amid intelligence reports from state investigators who have identified members out-of-state extremist groups that have infiltrated demonstrating crowds.

“If those people who are unruly out there think that we will lay down and we will quit, you are in the wrong state,” Kemp said Tuesday.

“We have to have people who follow the law,” Kemp added. “And when you don’t, it puts us in a bad spot.”

Demonstrations in Atlanta, Athens, Savannah, Gainesville and elsewhere in Georgia coincided over the weekend with nationwide protests over the death of Floyd as well as other recent instances of race-related violence, including the fatal shooting of 25-year-old Ahmaud Arbery near Brunswick in late February.

In Atlanta, four consecutive nights of largely peaceful demonstrations starting last Friday have at times devolved into scenes of property damage and confrontations with police, who in turn have fired tear gas cannisters and made hundreds of arrests. The city was placed under a 9 p.m. curfew Tuesday for the fourth straight night.

The protests in Georgia’s largest city prompted the governor to declare a state of emergency for all 159 Georgia counties on Saturday and order the deployment of 3,000 Georgia National Guard troops, who have been involved in crowd-control activities in recent days to enforce nightly curfews.

Vic Reynolds, director of the Georgia Bureau of Investigation, said at Tuesday’s news conference that investigators combing social media have identified “certain groups” aiming to incite violence and destruction rather protest peacefully. He did not name which groups those may be.

“We are convinced … there are individuals here from various groups around the country, a lot of which are bent primarily on destruction and violence,” Reynolds said.

Authorities also said members of a “violent extremist group” were present at protests in Athens on Sunday but did not name the group in a news release issued Monday by the Athens-Clarke County Police Department.

Meanwhile, state health officials are growing anxious about potential outbreaks of coronavirus as hundreds of people packed together during protests.

Officials still see encouraging signs the virus’ spread is slowing due to lower positive case rates and fewer hospitalizations, said Toomey, the state health commissioner. But the protests have thrown a new variable into the equation, forcing officials to boost testing activities around the demonstrations and diverting National Guard troops that have been assisting test sites.

“When you have this many people gathered together in close proximity, you run the risk of viral transmission,” Toomey said.

Speaking Tuesday, Toomey said health officials are setting up one or two testing sites for protesters in Atlanta and working with Atlanta Mayor Keisha Lance Bottoms on providing tests for city police and firefighters. National Guard members and other state authorities sent to protests will also be tested, she said.

“We want to make sure that everyone who may be exposed unwittingly has access to testing quickly and that we can assist in this time to mitigate any potential spread from this demonstration,” Toomey said.

“We want to make sure that the pandemic doesn’t spread because of this,” she added.

As of Tuesday afternoon, roughly 48,200 people in Georgia had tested positive for COVID-19, the disease caused by the novel strain of coronavirus that sparked a global pandemic. The virus had killed 2,102 Georgians.

Kemp, noting the challenge of balancing social distancing with the right to protest, urged Georgians Tuesday to remember the virus has not abated and that there still is no vaccine for it.

“We are still battling a pandemic and we need to stay vigilant,” the governor said. “Continue to keep your distance, wash your hands and do all the other things we have been saying for weeks and weeks now.”

Protesters took to the sidewalks of downtown Monroe for a peaceful protest on Monday, June 1, 2020.

13 arrested after Athens burglary during protests

An attempt to steal from a sporting goods store during the Athens protests this weekend led to more than a dozen arrests.