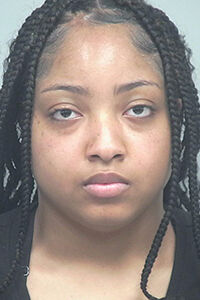 Police in Gwinnett County have charged a Loganville woman after the death of her neighbor in a crash.

Cpl. Michele Pihera said the driver of a silver Honda Pilot traveling north on Grayson Highway entered the left turn lane to turn onto Rosebud Road and turned in front of the southbound motorcycle on July 4.

The bike’s driver, 51-year-old Clinton Bridges “Trey” Mathews III, and his wife, Rebecca, were ejected and taken to Northside Hospital Gwinnett. He died July 19 at a hospice facility in Lawrenceville.

Aaliyah N. Ritchie, 18, the driver of the SUV, was not injured.

She was arrested Monday and charged with second-degree homicide by vehicle and failure to yield while turning left, both misdemeanors. She was released on bonds totaling $12,500.

Ritchie and Mathews were neighbors. They lived on the same block of Meadow Gate Way, according to police records.

Mathews is survived by his wife and two children, according to his obituary.