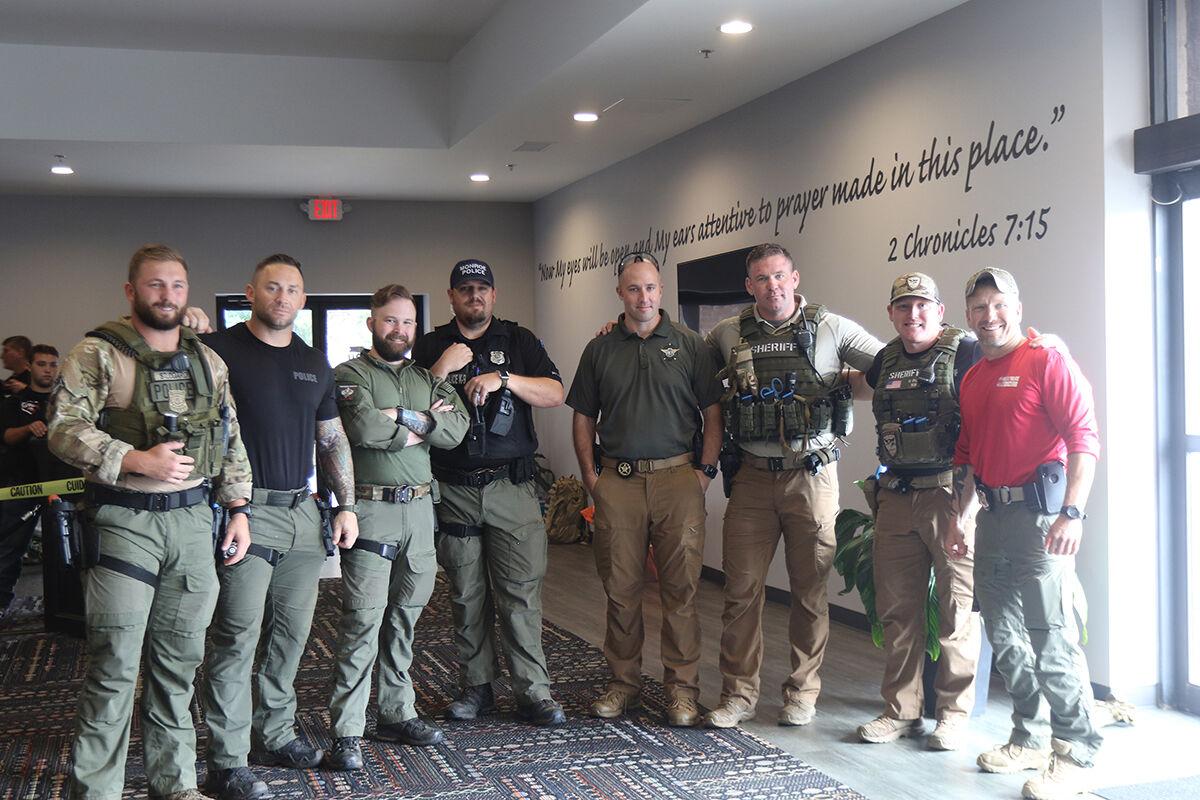 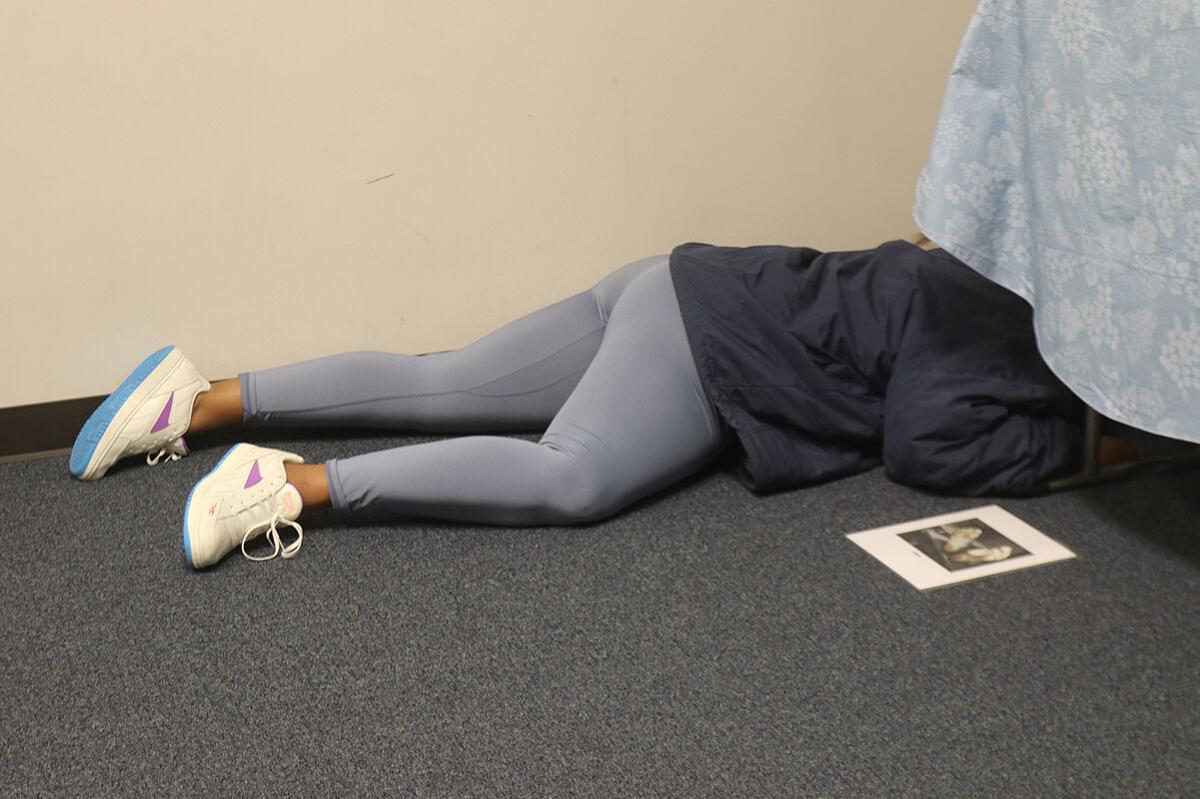 This volunteer plays a deceased victim during an active shooter training last week. 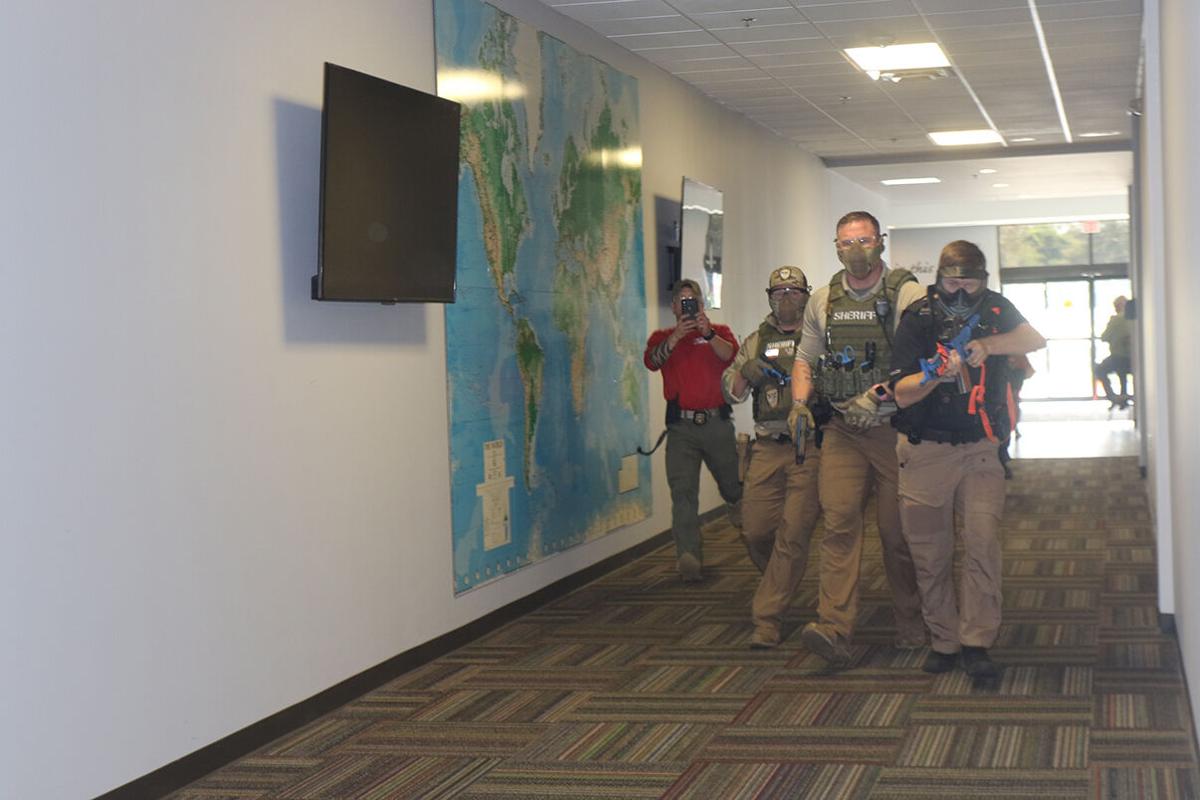 Law enforcement participating in an active shooter drill enters Church 1025 to find the perpetrator and search for victims. 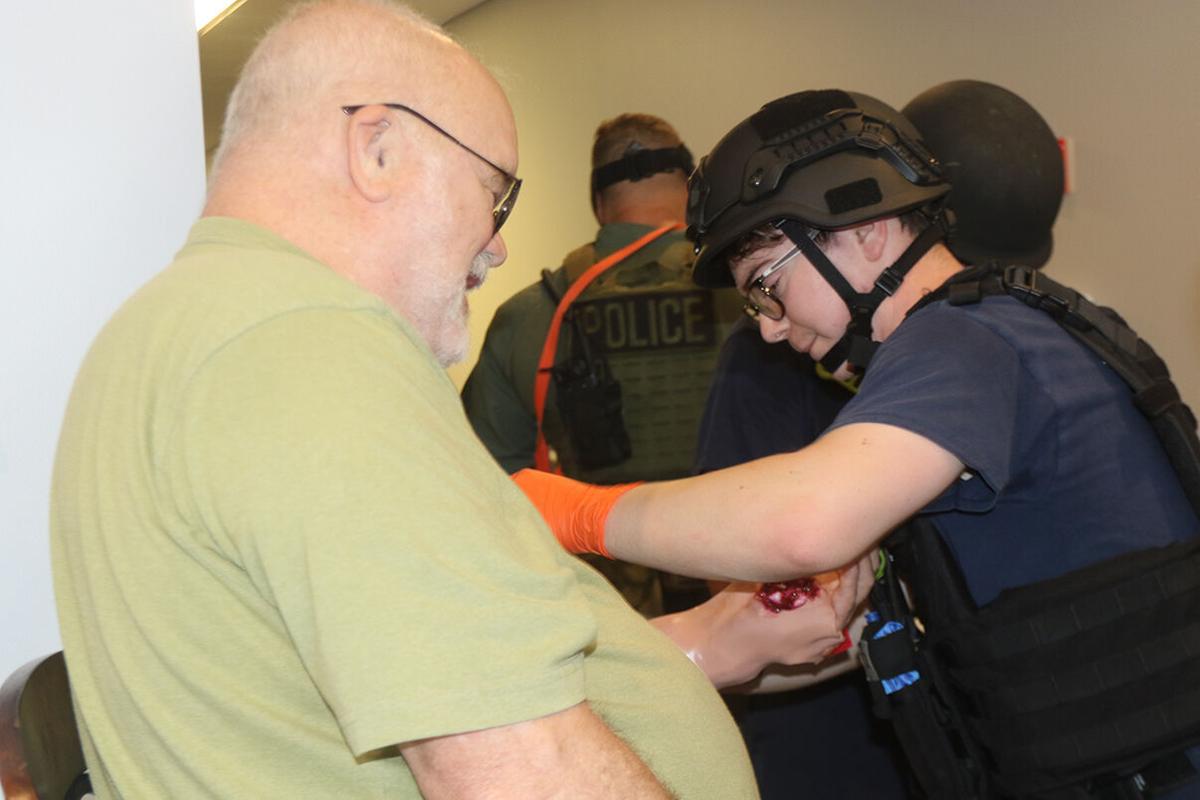 A volunteer portraying a victim with an injury is “treated” by EMTs during an active shooter exercise on Tuesday at 1025 Church in Monroe.

This volunteer plays a deceased victim during an active shooter training last week.

Law enforcement participating in an active shooter drill enters Church 1025 to find the perpetrator and search for victims.

A volunteer portraying a victim with an injury is “treated” by EMTs during an active shooter exercise on Tuesday at 1025 Church in Monroe.

“We’re training for the worst day of our lives,” said Sgt. Matt Dembowski, an instructor with the Monroe Police Department. “Safety is paramount.”

These drills are usually conducted at schools and churches, where numerous recent mass shootings have occurred in the U.S., according to Dembowski. He said 1025 Church was generous in offering the building for the exercise. The church has the requisite square footage, hallways and offset rooms that are conducive to providing trainees a realistic environment, Dembowski said.

The training began with classroom time that morning, and ended with three role-playing scenarios in the afternoon.

A few officers played the bad guys while volunteers from the community portrayed frightened victims. Officers entered the building to neutralize the theoretical threat and lead “trapped” civilians to safety. EMTs trained with law enforcement, setting up triage and treating victims’ pretend wounds after being escorted in by armed officers.

Dembowski said stressors are employed during training, such as dim lighting and smoky conditions as one might find in a nightclub, also a real world environment where shootings have occurred.

He said law enforcement teams never know what they might encounter in real life, such as one or more shooters or multiple victims.

Dembowski and Lt. John Webster with Walton County Fire and Rescue facilitated the training. Webster is certified to train people in Stop the Bleed, to save lives when individuals are injured and losing blood in emergency situations such as shootings or accidents. He was awarded the 2018 Dynarex First Responder Caring Award for his work with the Stop the Bleed program and with active shooter response training.

The MPD was the lead agency for the active shooter exercise, according to Monroe fire Battalion Chief Jack Armstrong. Armstrong, a public information officer, confirmed that the MPD, Walton County Sheriff’s Office, federal agents, the Monroe and Loganville fire departments and WCFR participated in the training.