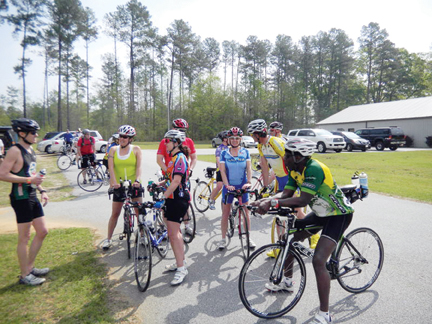 Riders take a breather at a rest stop in Good Hope. 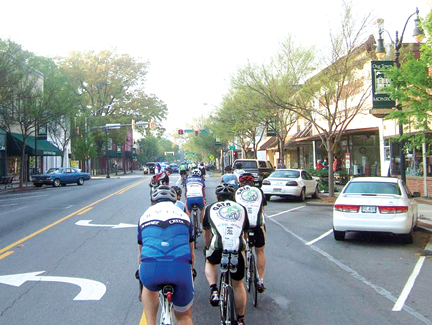 Riders head north on Broad Street in Monroe during the Tony Serrano Century Ride, held annually in honor of the cyclist who was killed in an accident.
1 of 2

Riders take a breather at a rest stop in Good Hope.

Riders head north on Broad Street in Monroe during the Tony Serrano Century Ride, held annually in honor of the cyclist who was killed in an accident.

MONROE — The Tony Serrano Century Ride went off without a hitch organizers said as hundreds of riders from around the state and beyond descended on Walton County for a bicycle ride Saturday.

Jones said the ride — with four different routes between 10 and 100 miles long, covering the city and large swaths of Walton County and parts of Morgan County as well — was well-received by the participants.

“It went very well,” Jones said. “We had excellent feedback from participants. Many said it was the best ride they’d ever been on.”

With rest stops staffed by locals, including volunteers and even area Girl Scout troops, and many riders from the county itself, Jones said the ride continues to bring out the community. Yet the ride also attracts many cyclists from beyond the county border, and even some from out of state.

“We had an overwhelmingly positive response,” Jones said.

The ride is already in works for next year, and Jones said he expects the numbers to keep growing as word spreads and people discover the county’s scenic routes.

“A lot of people love riding in this area,” Jones said.

The ride raised funds for several nonprofits, including:

•The Healing Angels Clinic, a private, nonprofit clinic providing healthcare for Walton County residents who do not have insurance or other resources to pay for medical care. All the people working in this clinic are volunteers. Healing Angels Clinic Inc. does not receive state or federal funds.

•The Atlanta Bicycle Coalition, a membership-based nonprofit advocate for better bicycling in the Atlanta area. Key words are “membership based.” Becoming a member is one of the best ways to support yourself and other cyclists, officials said.

•Georgia Bikes — a statewide organization working to improve bicycling conditions and promote bicycling throughout the state.