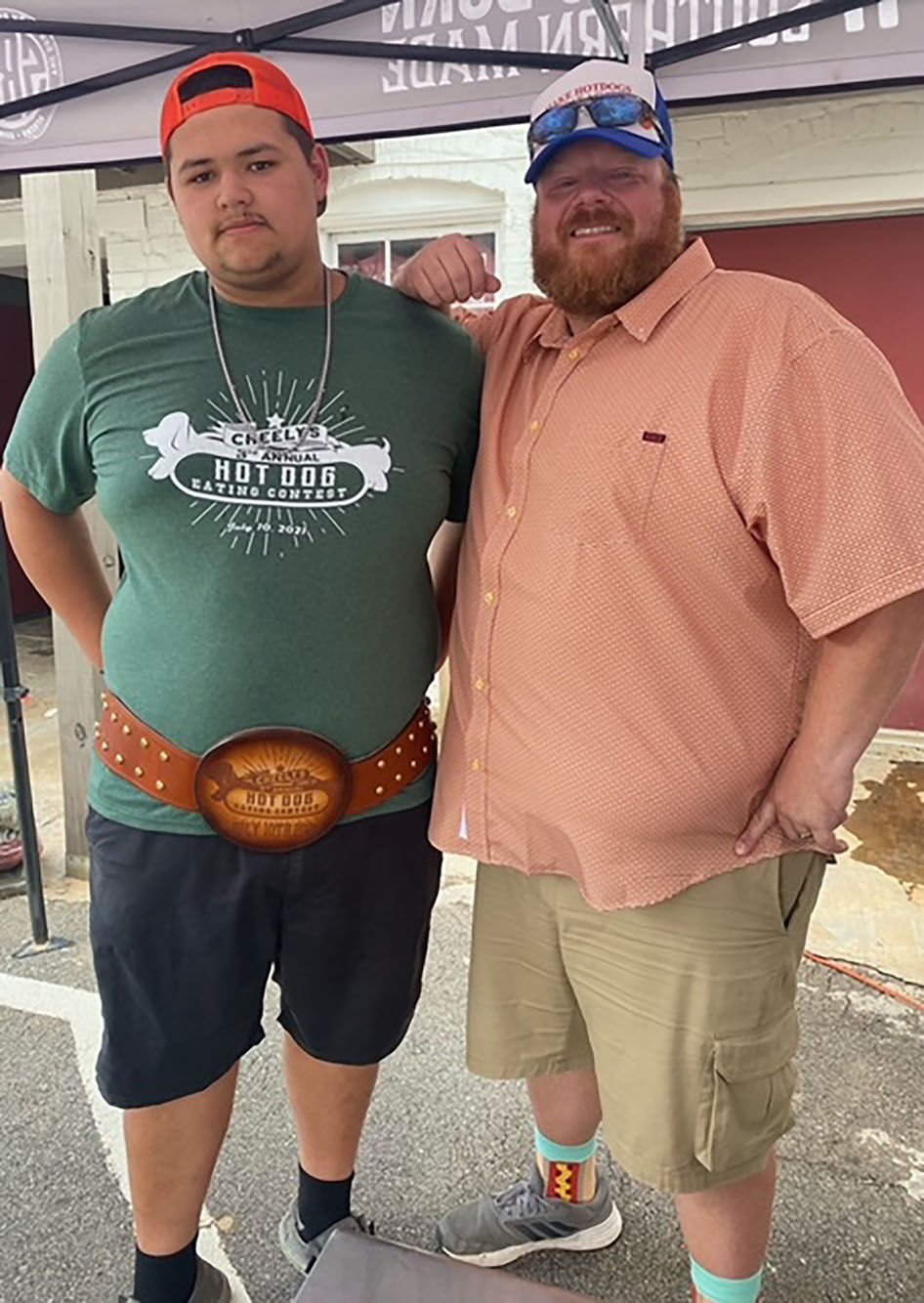 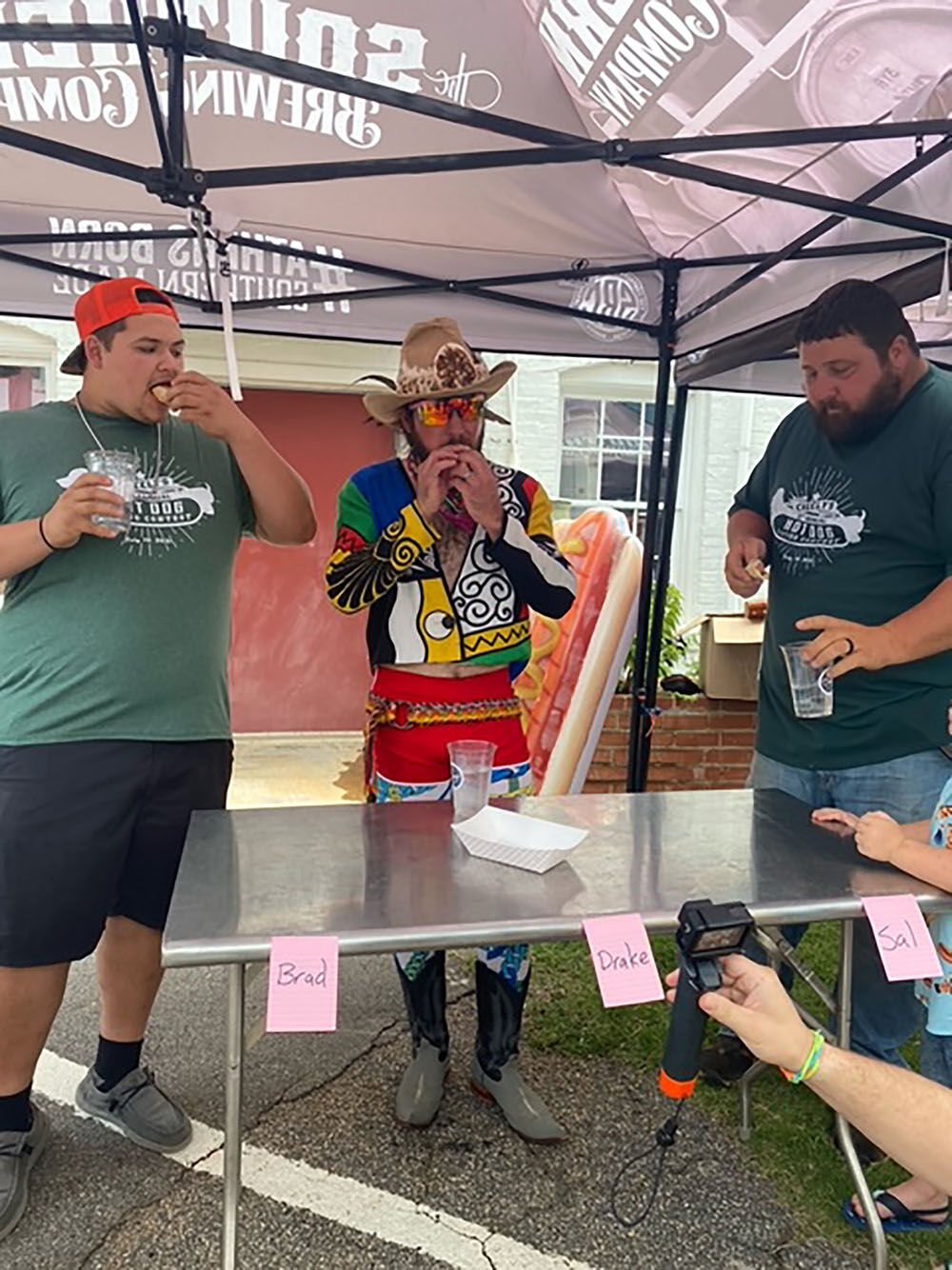 From left are contestants Sal Solis, Drake Scott and Brad Russell showing determination as they down hotdogs. 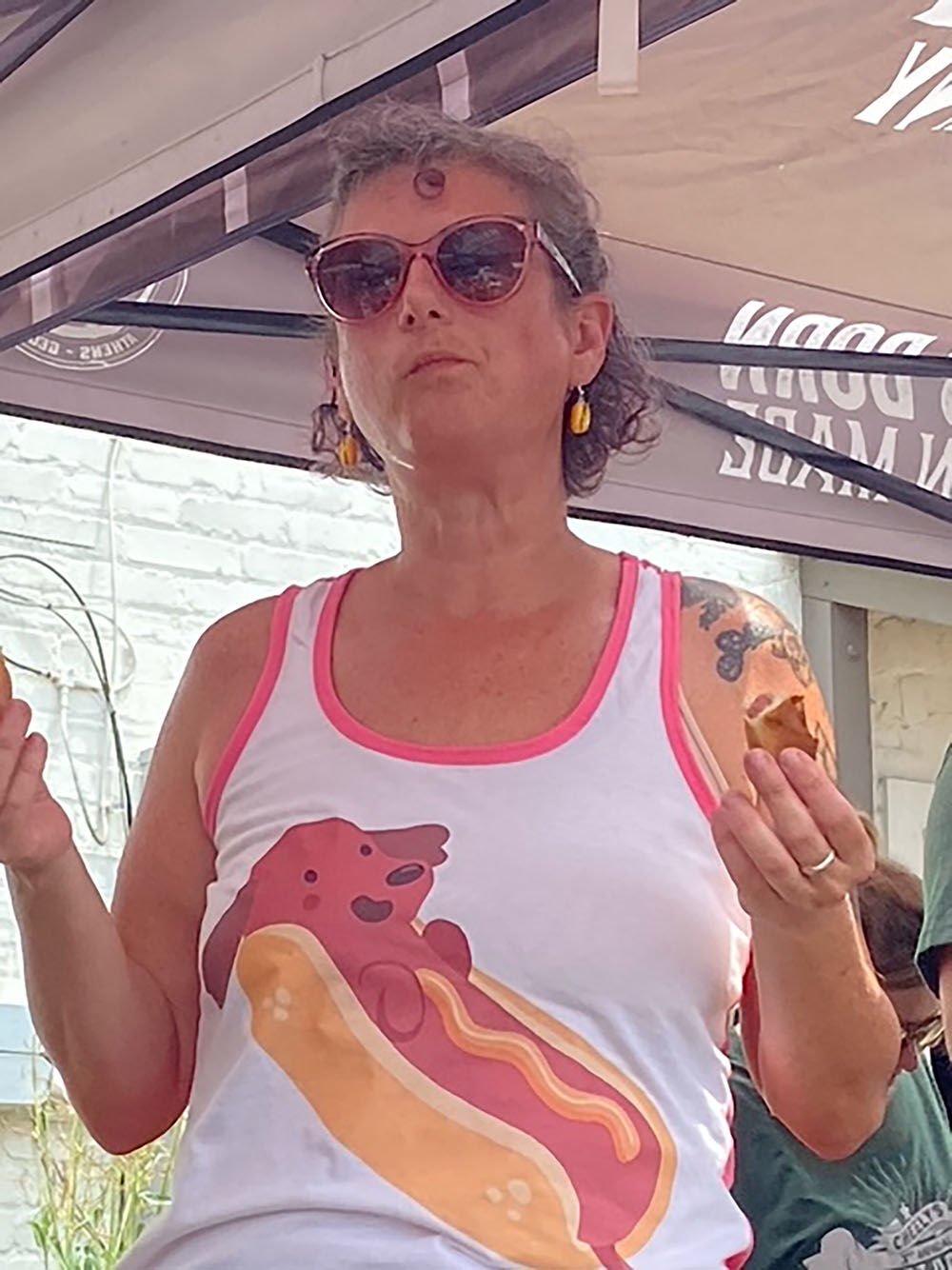 The hotdog contest was open to men and women. Emily Ann Finke proved women also have a fierce appetite.

From left are contestants Sal Solis, Drake Scott and Brad Russell showing determination as they down hotdogs.

The hotdog contest was open to men and women. Emily Ann Finke proved women also have a fierce appetite.

Cheely told The Tribune three of the competitors tied and a runoff was held. Sal Solis, 18, ate past the competition and took home the championship leather belt this year.

Walton County Fire Rescue Lt. Brandon Talbird won the contest in 2019 and 2020. Talbird did not participate in the contest this year, but did attend the event to lend his support. The current crop of competitors booed the former firefighter champion in a good-natured way for his decision to retire from the contest, according to Cheely.

The café and general store is located in downtown Monroe inside the Mercantile Market building on North Broad Street.