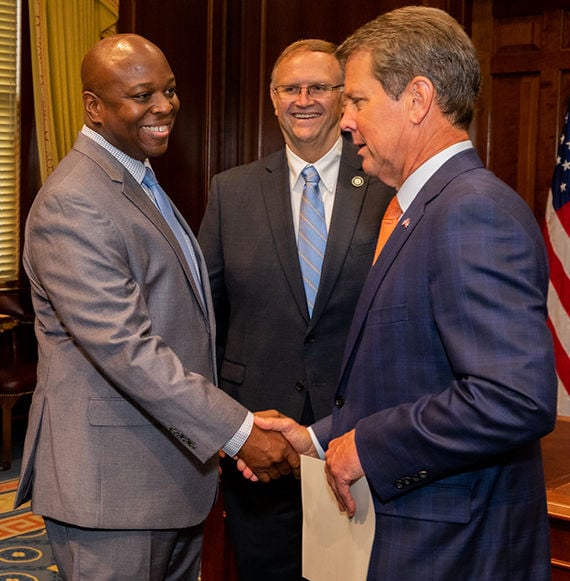 Gov. Brian P. Kemp, right, congratulates Social Circle police Chief Tyrone Oliver after swearing him in for a seat on the Peace Officer’s Annuity and Benefit Fund on July 10, 2019, at the state Capitol in Atlanta. 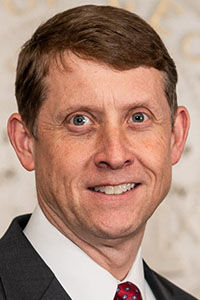 Greg Dozier of Covington was selected to become the commissioner of the Technical College System of Georgia effective Jan. 1, 2020.

Tyler Adams, a Monroe native, was named to the Capitol Arts Standards Commission.

The commission is responsible for acquiring and maintaining the artwork in the state Capitol, including the portraits, paintings, sculptures and plaques.

Adams works for Kemp as the legislative liaison and policy adviser in the governor’s office. He was the appointments coordinator when Kemp took office in January 2019.

Adams is a 2013 graduate of Georgia College.

Also appointed were Tyrone Oliver and Greg Dozier, new members of the State Workforce Development Board.

Kemp appointed Oliver as the commissioner of the Department of Juvenile Justice in 2019. Previously, he was the chief of the Social Circle Police Department from 2016-19, and he lives in Covington.

Dozier, also of Covington, has served as the Technical College System of Georgia commissioner since Jan. 1. He previously was Kemp’s chief financial officer.