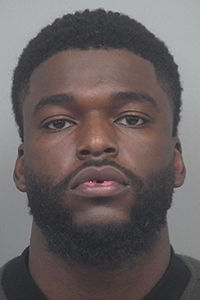 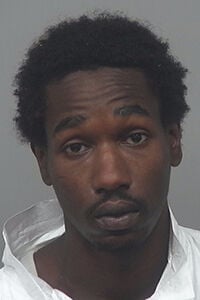 Prince Robertson, 27, of Lawrenceville, Ga., was arrested Tuesday afternoon, June 2, 2020, on charges of armed robbery, aggravated assault, kidnapping and possession of a firearm in the commission of a felony.

This story was updated Tuesday night to reflect the arrest of Prince Robertson.

LAWRENCEVILLE, Ga. — Both men suspected in a robbery that led to the death of a retired sheriff’s deputy have been arrested after a second robbery.

Tavares Levon Norah turned himself in at the Gwinnett County Jail on Tuesday morning. He’s charged with two counts each of armed robbery, aggravated assault and kidnapping and one count of possession of a firearm during a felony.

Later in the day, a passerby called 911 to report seeing Prince Tafari Robertson, the other suspect in the death of 63-year-old Felix Cosme of Dacula, a retired Gwinnett County sheriff’s deputy.

Cosme was fatally shot in a robbery attempt Jan. 9 at an auto parts store on Hamilton Mill Road near Buford. Cosme was working at the store when he saw a co-worker being robbed at the cash register.

Cosme attempted to pull a weapon when a suspect shot him.

The suspect fled the store in a waiting vehicle and drove toward Interstate 85.

Gwinnett police said they had identified Norah and Prince Robertson as suspects after an armed robbery at about 9 p.m. Monday at an Auto Zone at 945 Dacula Road, Dacula.

It was determined the black car used to escape the store was the same one used in the January robbery. Officers tracked it to La Maison Drive, where it crashed about 3 miles from the store.

Robertson, 27, of 697 Overlook Glen Drive, Lawrenceville, was booked into the county jail shortly before 6 p.m. He is also charged with violating his probation.