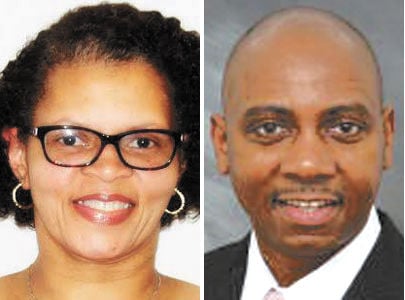 Lidia Garrett, left, is the Democratic nominee for the 6th District seat on the Walton County Board of Commissioners in the 2016 general election. Incumbent Kirklyn L. Dixon, right, is running for re-election as an independent. 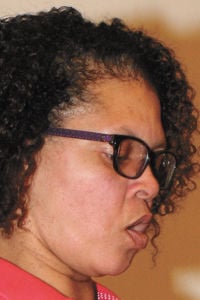 Lidia Garrett, the Democratic nominee for the 6th District seat on the Walton County Board of Commissioners, addresses the board Tuesday, June 7, 2016. 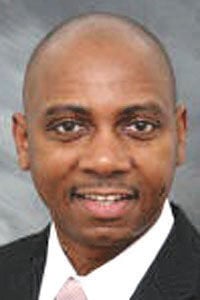 Kirklyn Dixon, of Monroe, was appointed to the Walton County Board of Commissioners in 2008.

MONROE — The 6th District commissioner in Walton County is touting his experience to voters in the final weeks before Election Day.

His opponent says she wants changes in the management of county business.

Kirklyn L. Dixon, running this time as an independent after years as a Democrat, says he’s tried to serve citizens well during his eight years on the Board of Commissioners.

Challenger Lidia Garrett, a Democrat, says she wants to hire a county manager.

“I think for too long, some things have been overlooked by various leaders in our community,” Garrett, 47, said. “I don’t want to ‘go along to get along.’”

But the 49-year-old Dixon said he’s strived to make the county a better place for its residents.

“I thought I did a good job the last several years,” he said. “It was really about serving the citizens, trying to make Walton County the best place around to live, to work and play.

“I want to contribute to seeing Walton County go forward.”

Voters decide the race on Nov. 8, but early voting is underway. It’s the only contested seat on the Board of Commissioners this year, as Chairman Kevin W. Little and Commissioners Mark C. Banks (District 2) and Timmy Shelnutt (District 3) — all Republicans — drew no opposition.

Dixon is the only elected Democrat in the county, although he decided to run this year as an independent and asked support from voters in both parties.

Garrett’s husband, Norman, is the chairman of the Walton County Democratic Party. He is also a Monroe city councilman.

The commission term would begin Jan. 1.

The annual base salary for a first-term district commissioner is $8,459.06. After the commissioner completes certification courses, a supplement of $1,427.01 is added.

Commissioners receive $600 per year for expenses and the salary increases as commissioners are re-elected.

Voters in District 6 haven’t seen a contested race in 12 years.

The Board of Commissioners appointed Dixon in January 2008 to fill the unexpired term of John Robinson after his death.

Dixon won a full term without opposition later that year and also was unopposed in 2012.

Garrett is making her first political bid. She was unopposed in the May 24 Democratic primary. She is a variable timing control assembly operator at Hitachi in Monroe.

Dixon previously served on the Walton County Board of Education. He is a manager at ITW Labels in Bogart.

Dixon said a challenge facing commissioners during his tenure — and likely to continue — is the county’s growth. He said it’s important to meet citizens’ needs while keeping taxes as low as possible.

“We do everything we can to keep taxes at a minimum,” he said. “We cut it back to almost a must-have list. We’re very cognizant we balance what the citizens need, but keep the taxes at as low a level as possible.”

“I believe the situation with the Parks and Recreation Department went on for too long,” she said. “Simply put, I want everyone to be treated fairly.”