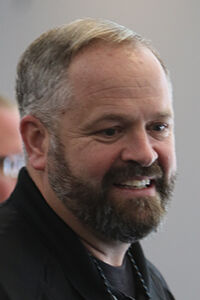 R.V. Watts has been the chief of the Monroe Police Department since January 2019. 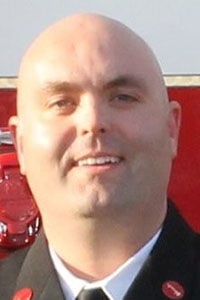 Andrew M. Dykes was named chief of the Monroe Fire Department in 2021.

In a continuing effort to recruit and retain public safety personnel, the Monroe City Council will consider amending its pension program for firefighters and police.

Last week councilmembers discussed the proposed amendments to Monroe’s ordinance regarding benefits for public safety service. This would include amending vesting requirements and prior service credit buy-back.

A first reading of the proposed amended ordinance was held when the council met Oct. 12.

If the council approves the changes, Monroe would have a better pension plan for police and firefighters than nearby Conyers, he said.

If approved, the changes to the public safety pension would go into effect on Jan. 1, 2022.

Russell also recommended that public safety personnel be allowed to purchase credit for service performed prior to being employed by the city.

“Currently any employee who has served in the military or in another government agency is allowed to purchase credit equal to that prior service,” he said. “This is allowed after the 5-year vesting plateau with the city and must be complete within 5 years of that date. The request is to remove this time barrier and allow service credit purchase to be at anytime after vesting in the plan, during the open enrollment period in November of each year.”

Russell said the prior service credit buy-back would not create an added expense to the city’s budget. The employee would be responsible for the cost of the service credit purchase, he said.

“It only facilitates the ability to execute the process when it is financially feasible for the employee,” he said.

Monroe Mayor John Howard had pledged during a September council meeting that he would work with council and city staff to raise police officers’ salaries for the 2022 fiscal year.