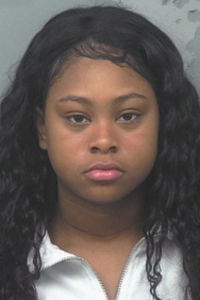 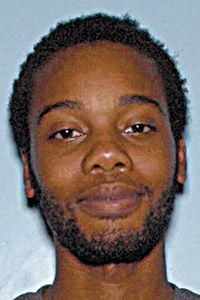 Stephen Folkes, 25, of Covington, Ga., was arrested and charged with insurance fraud and forgery.

LOGANVILLE, Ga. — State insurance officials said they’re cracking down on fraud, and made multiple arrests across the region in recent days.

Eight people were arrested in a 10-day span on a combined 22 felony charges.

Among them was 20-year-old Trejour Monea Thomas, who was arrested at her Loganville home.

Thomas, of 715 Hillmont Drive, was charged with insurance fraud and also held on a first-degree felony warrant from Lawrenceville. She was booked into the Gwinnett County jail at 7:52 a.m. Tuesday and released shortly before 1 p.m. on $2,950 bond.

Folkes, of Covington, is charged with insurance fraud and forgery. WSB reported Thomas and Folkes are dating.

The state also reported these arrests:

Nelson, Strong and Jones are accused of altering vehicle identification numbers on cars, obtaining insurance on those cars and then staging accidents or pawning them.

Chastain is a public adjuster accused of stealing a $204,000 claim after a victim’s house burned.

The state fire marshal’s office; police from Loganville, Atlanta, Cobb County and Union City; the sheriff’s offices in Rockdale and DeKalb counties; and the Fulton County marshal’s office assisted in the arrests.

Wright said insurance fraud is a felony punishable by imprisonment for two to 10 years and/or a fine of up to $10,000.