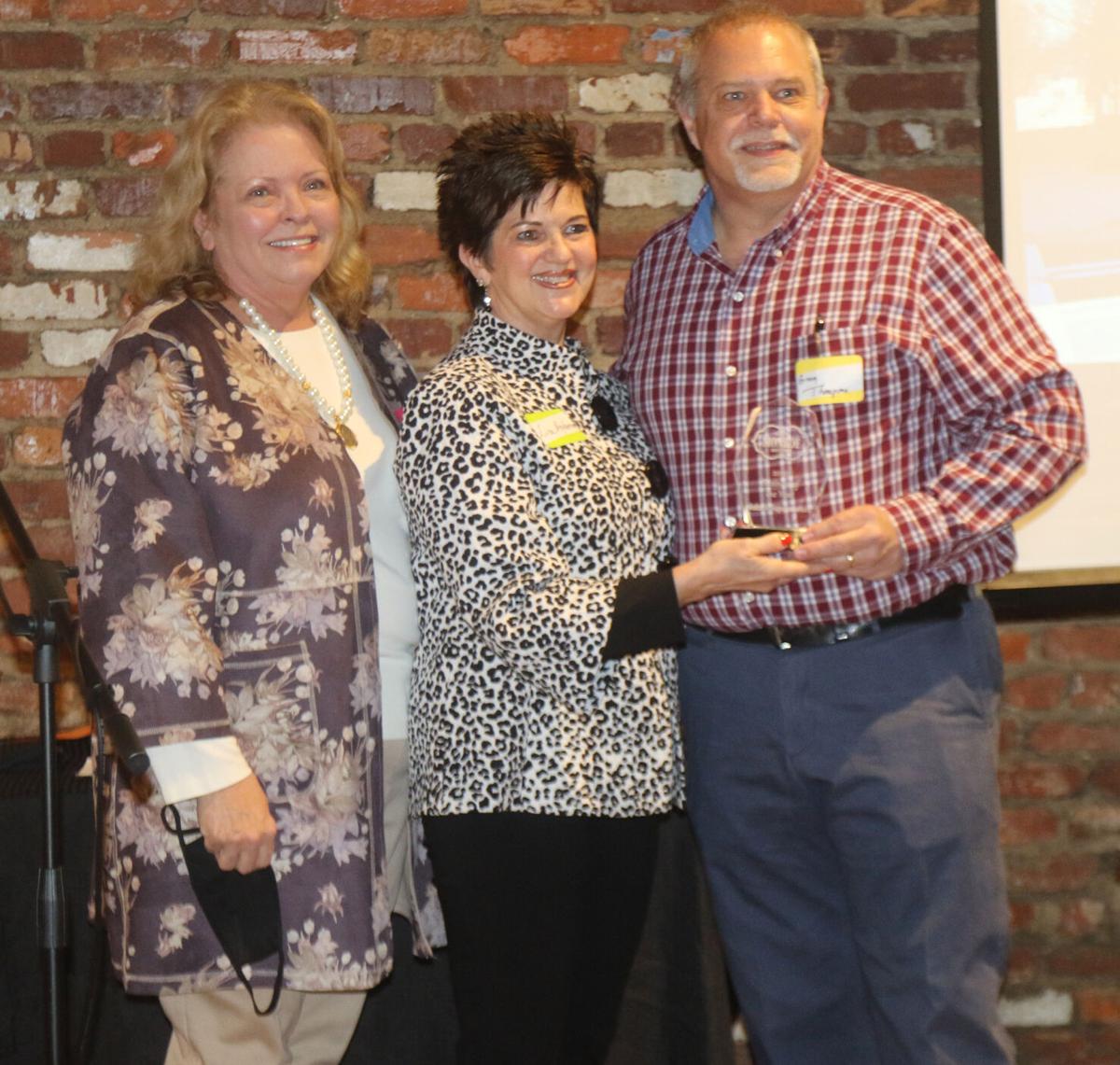 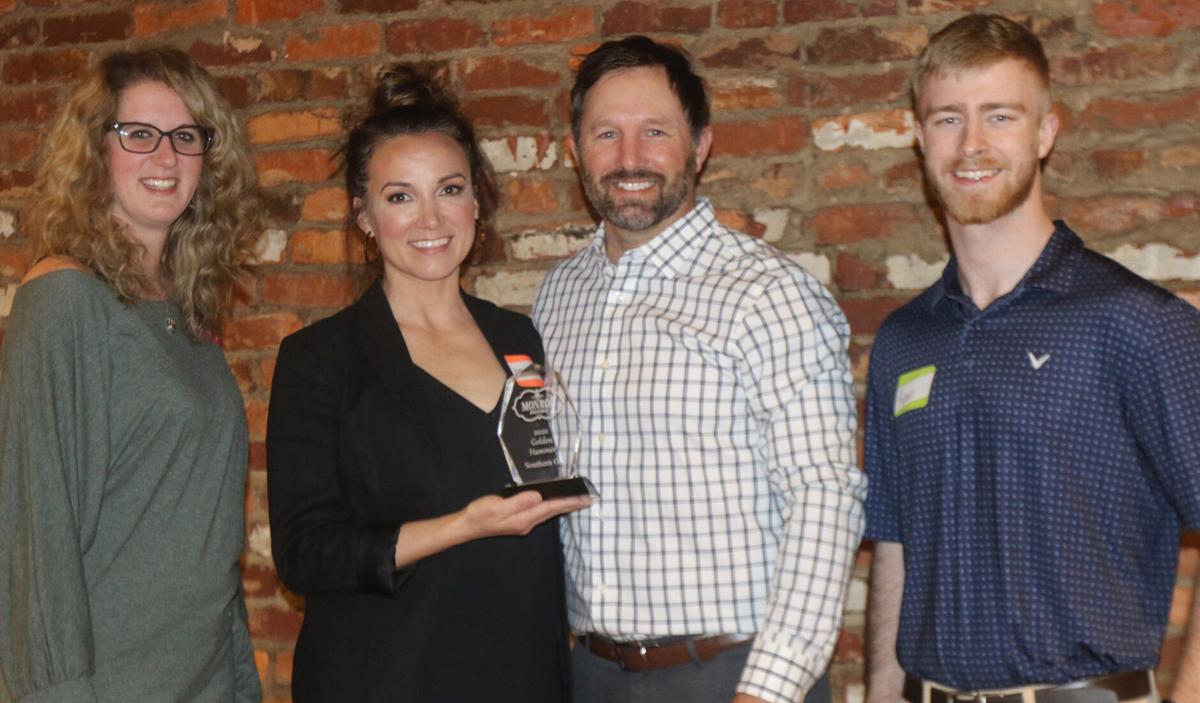 “Last year was not what we thought it was going to be,” Krawczyk said.

The coronavirus forced the Downtown Development Authority and its supporters in the business community to adapt, she said.

Efforts to weather the pandemic included the allocation of $121,000 in stabilization grants, according to Krawczyk. These grants assisted 52 businesses, which translated into 375 jobs, she said. The DDA also held a hammock giveaway that raised $7,000 for downtown businesses, and a T-shirt event that brought in $400 to support downtown.

“We only had one business that closed because it was directly impacted by COVID,” Krawczyk said.

DDA board members presented awards to the four honorees.

Chris Collin presented the Golden Hammer Award to The Southern Ox. This award recognizes excellence in renovation and remodeling of downtown buildings. The upscale venue that offers patrons drinks and the popular activity of ax throwing once was an abandoned mechanical room in a former fertilizer plant, according to Collin.

Jeremy and Katie Bower own The Southern Ox. Katie Bower said the business had only be open a matter of months when it had to close for the lockdown last year. But, once it could reopen under Georgia Gov. Brian Kemp’s COVID-19 guidelines, the business took off, she said.

DDA board member Charles Sanders presented the Volunteer of the Year to Boy Scout Troop 705 for its “selfless service to the betterment of downtown.”

John’s Supermarket, owned by Greg and Rene Thompson, was honored as Business of the Year. DDA Chair Lisa Anderson presented this award that recognizes innovation and collaboration, attracts new customers and encourages investment in downtown.

Main Street Coordinator Leigh Ann Walker presented the Sponsor of the Year award to Reliant Homes. The company was recognized for going beyond “monetary support” and contributing other resources toward the success of downtown, namely donating 123.7 acres to the city of Monroe. This generous gift includes 4,000 feet of river frontage along the Alcovy River that can be used for recreation like kayaking.