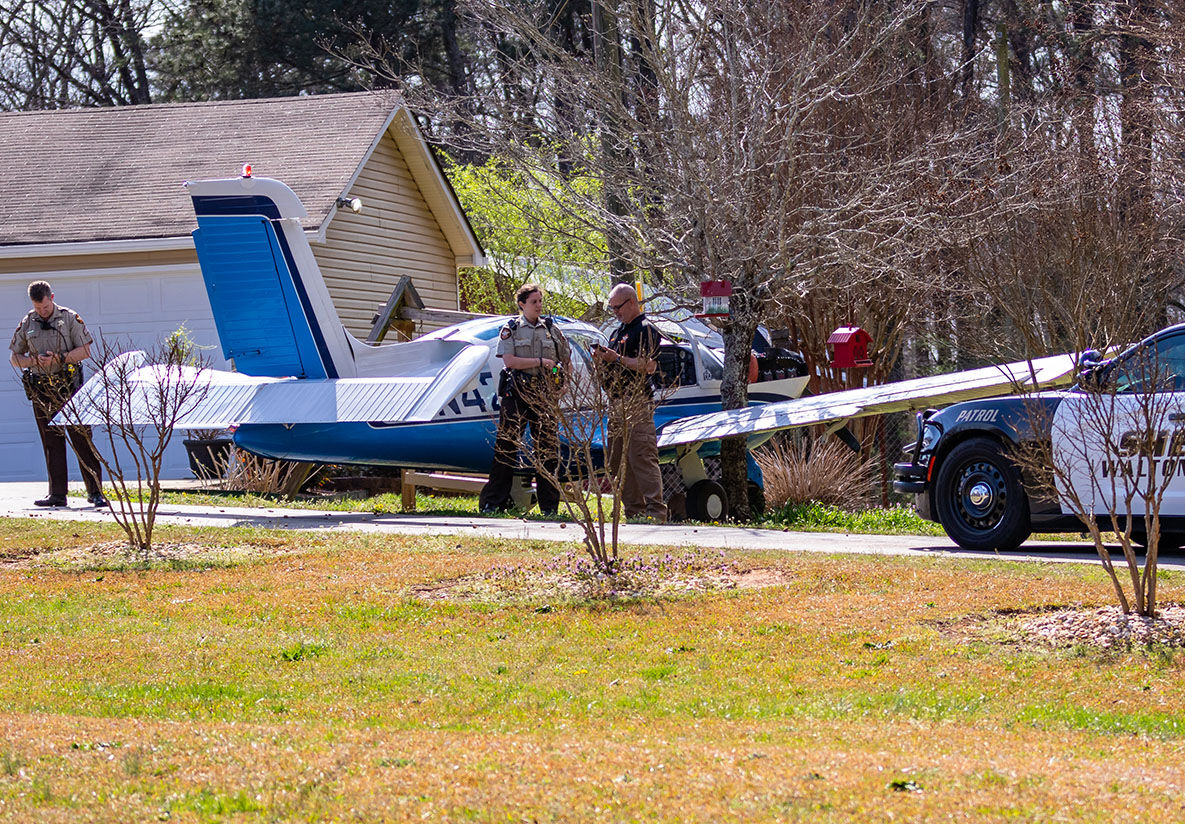 Walton County Sheriff's Office personnel check out the scene of an airplane that made an emergency landing Monday afternoon, March 15, 2021, in Bold Springs, Ga. 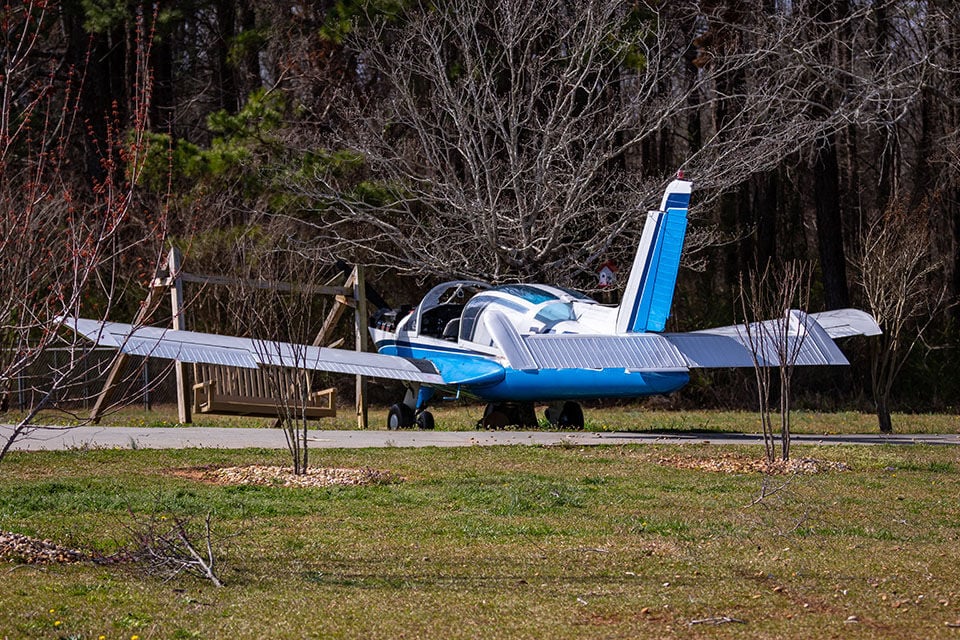 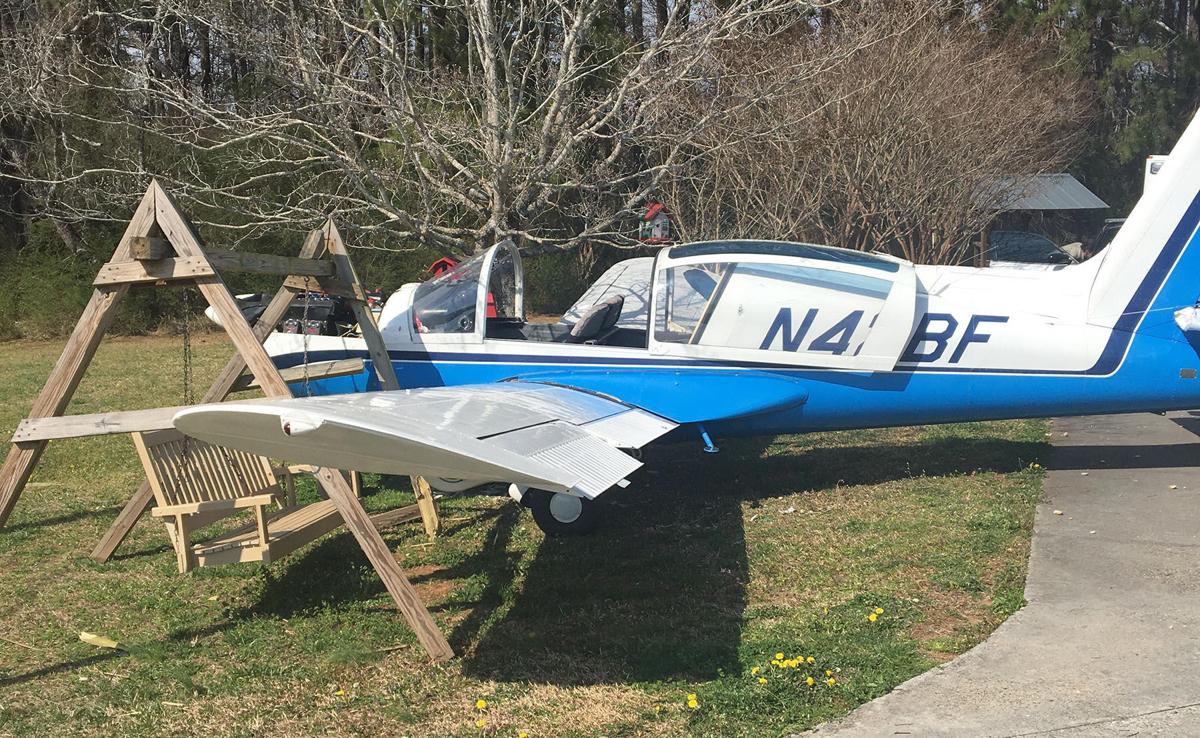 An airplane made an emergency landing in the yard of a home in Bold Springs, Ga., on Monday afternoon, March 15, 2021.

Walton County Sheriff's Office personnel check out the scene of an airplane that made an emergency landing Monday afternoon, March 15, 2021, in Bold Springs, Ga.

BOLD SPRINGS, Ga. — A small airplane made an emergency landing in the yard of a home off Bold Springs Road on Monday afternoon.

The pilot sustained minor injuries and no one on the ground was hurt.

According to the FlightAware tracker, the plane left the Gwinnett County Airport at Briscoe Field in Lawrenceville at 2:50 p.m. and was in the air for 22 minutes before circling and landing in Walton County.

Homeowner Johnny McKissick was in the basement when he realized a plane had come down right in his front yard.

"My wife shouted down to the basement, 'Someone just hit my tree,'" McKissick said.

The plane sheared the top off a couple of small trees before rolling to a stop and colliding with a swing set, breaking the posts on the furniture before coming to a complete stop.

McKissick said the plane was forced down after the engine was exposed in a freak incident.

"The cowl blew off the engine and broke the windshield, then hit the tail before it fell and bounced down into the yard," he said.

Thankfully, however, the incident ended without any harm to anyone or anything but a tree or two.

"I was just glad he was all right," McKissick said of the pilot.

Nice landing actually glad no one was hurt

Nice job Captain D! Thankful you survived that and no serious injuries. 😊🙌