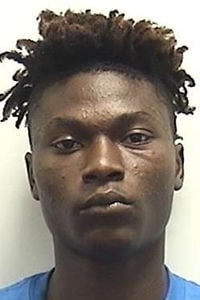 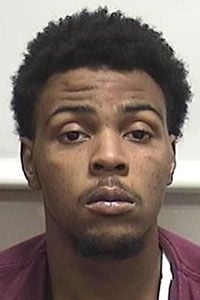 Traquavious Rasheed Hillsman, 23, of Athens, Ga., was arrested Sunday night, Sept. 22, 2019, and charged with breaking into a car in Athens.

Athens-Clarke County police arrested two men — including one from Monroe — on charges of breaking into cars over the weekend.

Police responded Saturday to a call from a concerned citizen about a man rummaging through a vehicle on Meigs Street. A search of the area led officers to find someone matching the description.

The suspect ran but officers caught him after a brief foot chase. He was identified as 20-year-old Rodrick Dontrell Jeff of 140 W. Marable St., Monroe.

Jeff was transported to the county jail and booked at 5:41 a.m. Saturday on charges of entering an automobile and obstruction of a law enforcement officer.

Total bond of $4,000 was set. He remained in the jail Tuesday morning.

At about 10:30 Sunday night, Athens-Clarke officers responded to another call of someone entering a car on Gail Drive. A man found someone had broken into his car and confronted the offender. Police arrived and detained the suspect, 23-year-old Traquavious R. Hillsman of Athens.

Hillsman was booked into the county jail at 3:22 a.m. Monday.

Bond was set at $10,000 on the charge of entering an automobile, and $5,000 on two misdemeanor battery warrants. He posted bond and was released shortly after 1:30 p.m. Monday.