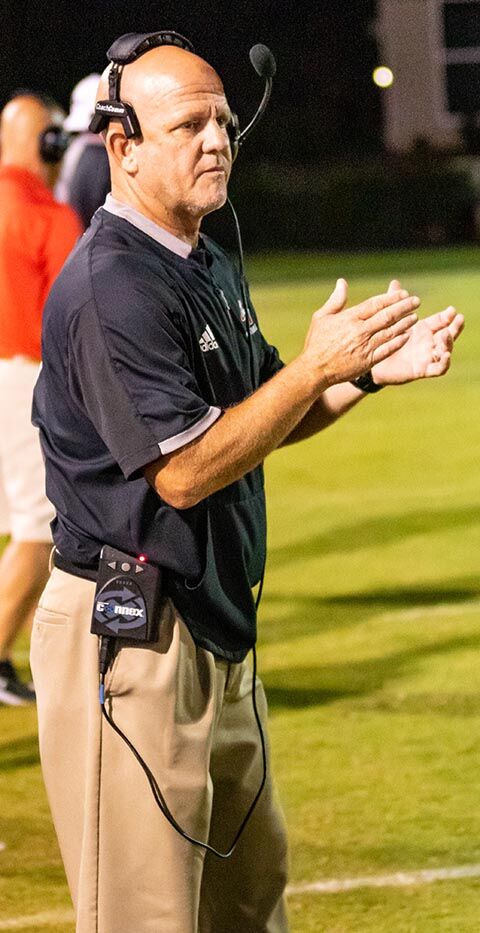 Shane Davis encourages his George Walton Academy football team during a high school football game against Athens Christian on Oct. 23, 2020, in Athens, Ga. Davis had a 15-8 record in two seasons at GWA. 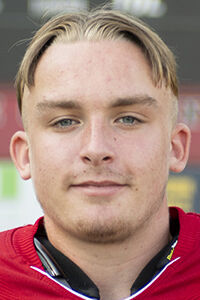 Gavin Hall was a freshman quarterback at George Walton Academy in the 2020 high school football season.

The Walton Tribune named Shane Davis as the Coach of the Year for Walton County in 2020 last week, but sources close to the program say Davis had been suspended before receiving the honor.

Davis wrapped up his second season at the helm of the Bulldogs football program in December. He guided GWA to the quarterfinals of the Georgia High School Association Class A playoffs for private schools.

School officials could not be reached for comment. Roy Roberts Jr., the head of the board of trustees, declined to comment on a personnel issue.

Gavin Hall, the GWA freshman who led the team as quarterback, started a change.org petition asking the board of trustees to change the way faculty members and staff are hired and fired.

The petition asks for a change to the bylaws at the nearly 52-year-old school, allowing for board approval of hiring and firing, including concurrence of the athletic director on personnel decisions involving coaches.

“We believe this action is consistent with GWA’s values and will remove even an appearance of impropriety or abuse of power related to staffing decisions,” the petition says.

The petition also calls for Davis’ reinstatement “so that he may continue to positively influence and form students and players.”

GWA won two road games in the playoffs but lost at Calvary Day in Savannah.

George Walton came into the season with just six seniors on the roster and had lost 26 seniors to graduation over the past two seasons.

Davis was the strength and conditioning coach at Grayson when athletic director Mark Whitley hired him in the winter of 2018. Davis was hired to be the GWA offensive coordinator and assistant head coach under longtime head coach Don Williams.

Williams retired after the 2018 season, giving way to Davis.

Davis spent nine years at Apalachee High School, making the playoffs four times and winning a region title. He was an assistant at Prince Avenue in 2015 and an assistant at Grayson from 2016-17, helping the Rams to the Class AAAAAAA state championship.

Calan Fortunat, a sophomore at GWA, said he wants Davis to return as head coach.

“Coach Davis is more than a coach,” Fortunat said. “He’s a father, a friend and a safe space. This is why we are fighting for him to stay with us, because it’s one family.”