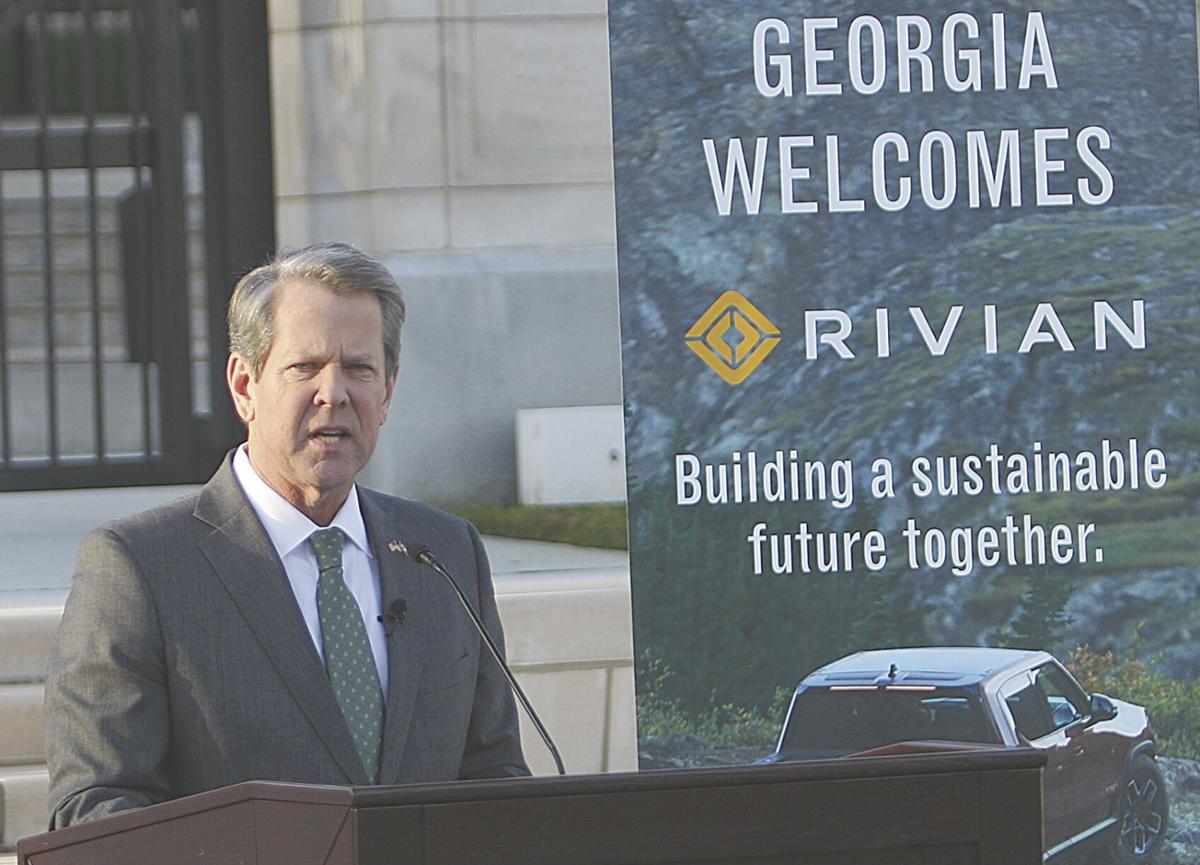 MONROE, Ga. — Gov. Brian Kemp will bring his reelection campaign to Walton County, a hot spot of support for him in three statewide victories.

Kemp and Senate candidate Gary Black will be the keynote speakers at the Walton County Republican Party meeting at 7 p.m. Monday. The meeting has been moved to 1025 Church at 1025 E. Spring St., Monroe.

Kemp is running for a second term as governor after serving as secretary of state from 2010-18. He has been a frequent guest of the local GOP.

Black is another regular at local party meetings from his years as the state’s agriculture commissioner. This year, though, he’s running for the Senate seat now held by Democrat Raphael Warnock.

Kemp will be making his first public appearance in Walton County since the Dec. 16 announcement Rivian Inc. will make a $5 billion investment in a plant to make electric vehicles in Social Circle.

The fiscal 2023 budget, which takes effect in July, takes advantage of a huge revenue surplus driven by higher-than-expected state tax collections. The timing is fortuitous for Kemp, who is running for reelection this year facing both Republican primary and general election opposition.

The state’s robust financial outlook is allowing the governor to fulfill a commitment he made on the campaign trail in 2018 to give teachers a $5,000 pay raise. The budget would include a $2,000 raise for teachers who received the first $3,000 increase three years ago.

Besides the teacher pay raise, the governor also is calling for a $5,000 increase for law enforcement personnel and other state employees.