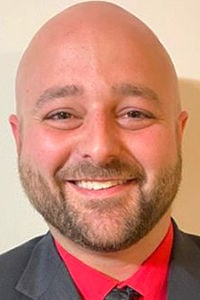 Wesley Jackson of Jersey is a Republican candidate for the Walton County Board of Commissioners. 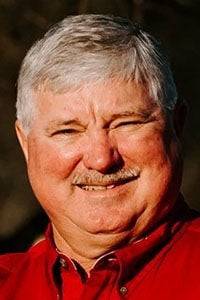 Timmy Shelnutt, a Republican from the Youth community, represents District 3 on the Walton County Board of Commissioners.

Wesley Jackson takes on incumbent Timmy Shelnutt for the District 3 seat on the Walton County Board of Commissioners in next month’s Republican primary and the two laid out their bona fides Thursday during a virtual debate hosted by the Walton County Chamber of Commerce.

Shelnutt currently holds the seat, having served for eight years on the board. A lifelong resident of the Youth area, Shelnutt has raised a family in Walton County, where he has also worked in construction for 35 years.

Shelnutt said he has the experience to get things done on the board, where cooperation with one another is key.

“We have to work together,” Shelnutt said. “It takes four votes to get anything done.”

Shelnutt said he plans to respond to his constituents’ needs within the framework of what the county can afford to do.

“We have to live within a balanced budget,” Shelnutt said. “I will listen to the people and try to find ways to best move the county forward.”

Jackson is also a lifelong Waltonian, hailing from Jersey, and still lives there with his wife and 6-year-old stepdaughter. He previously worked with the Newton County Sheriff’s Office but is now the owner of Perimeter Roofing.

He, too, emphasizes the importance of listening to the constituents and said he will respond to those wishes as predecessors have not.

“I’m the people’s commissioner,” Jackson said. “I will put the people first. I’m seeking the change everyone wants to see.”

Jackson said he is a natural fit on the board due to his qualities.

“I am a born leader,” Jackson said. “I’m a good listener. You have to have an open mind. I will do what I say I’m going to do and keep my word, not try to be sneaky. My role will be to listen to the people and be available to them.”

Early voting in the race is underway, and the primary will be June 9.