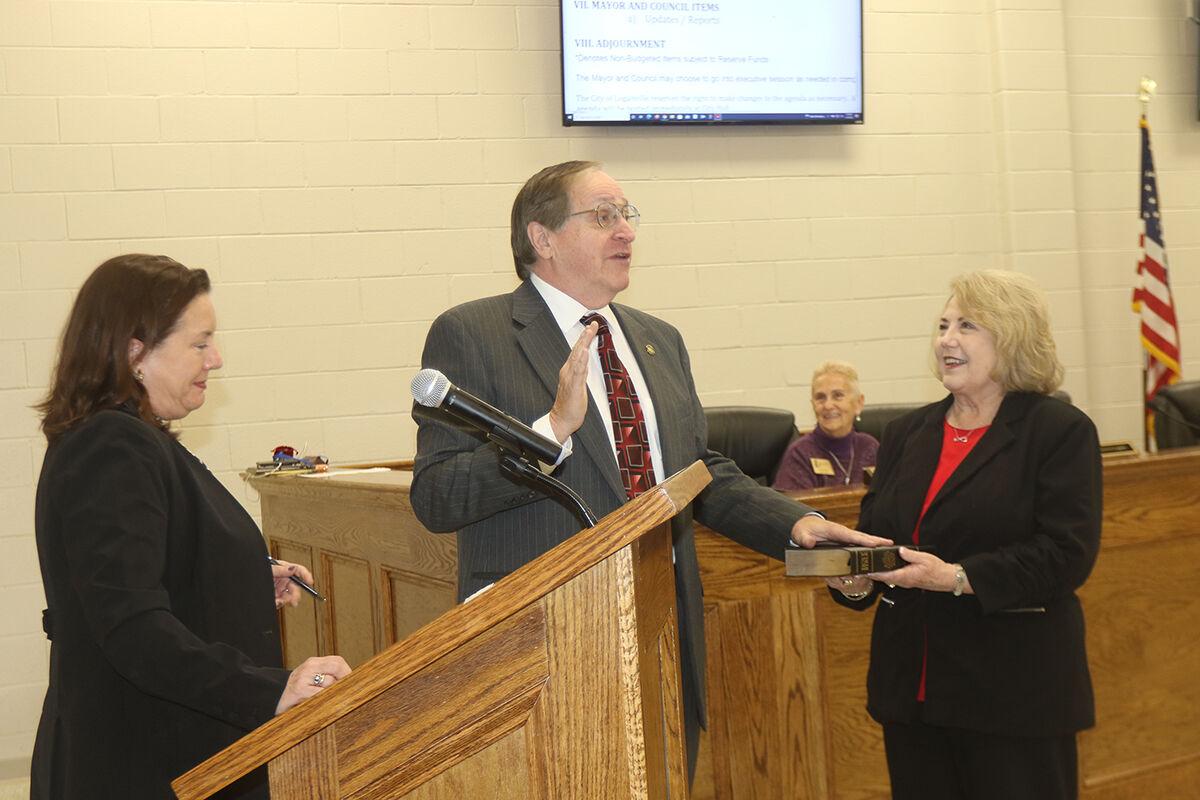 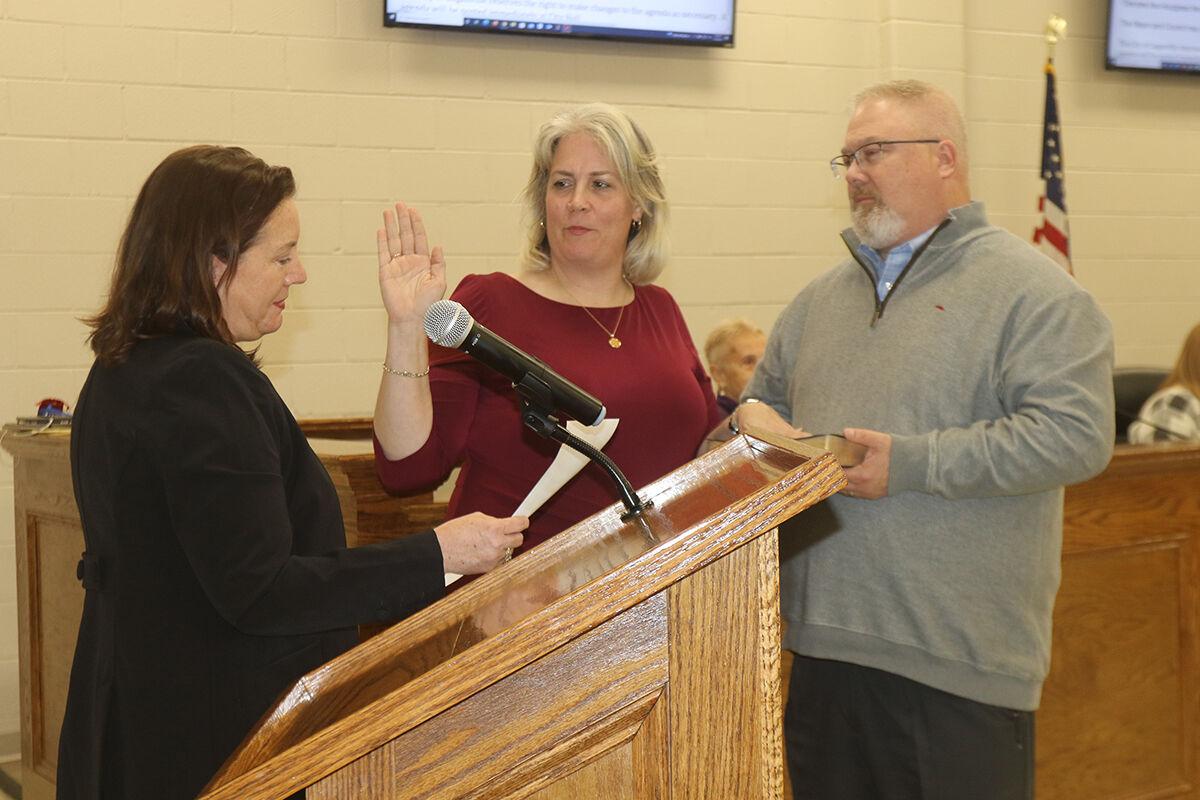 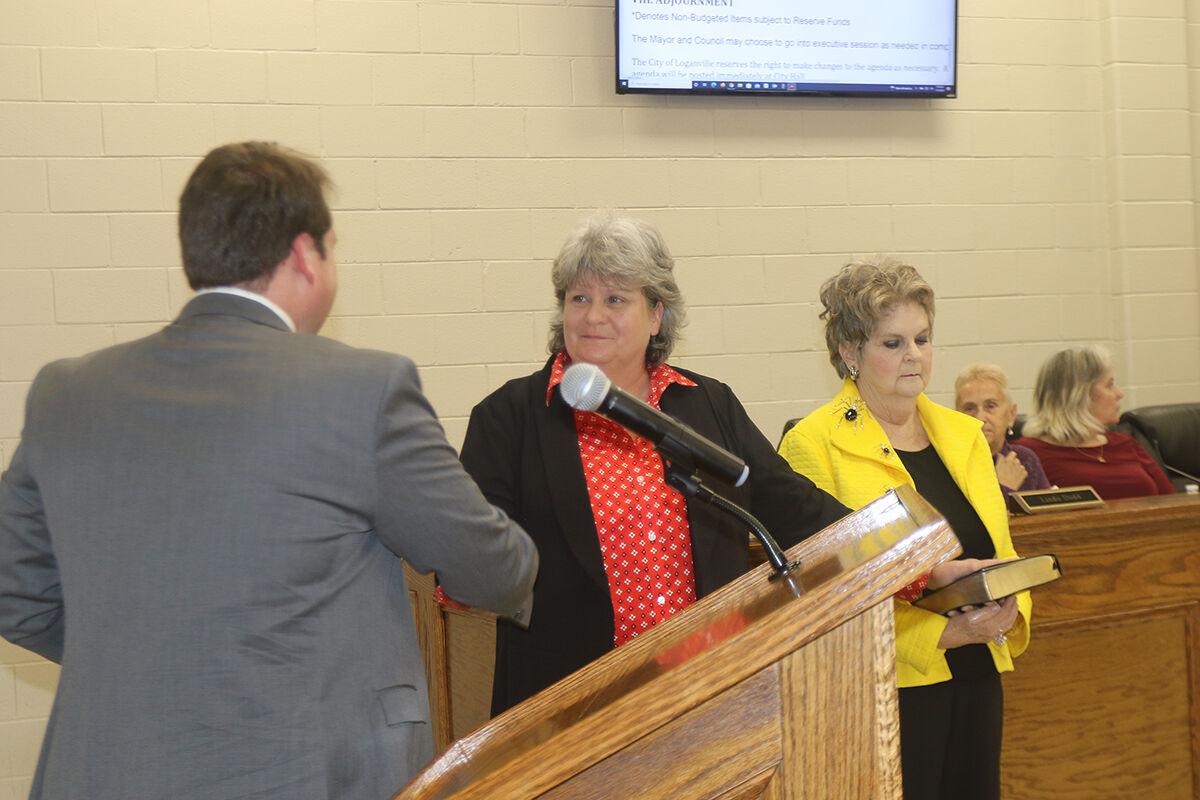 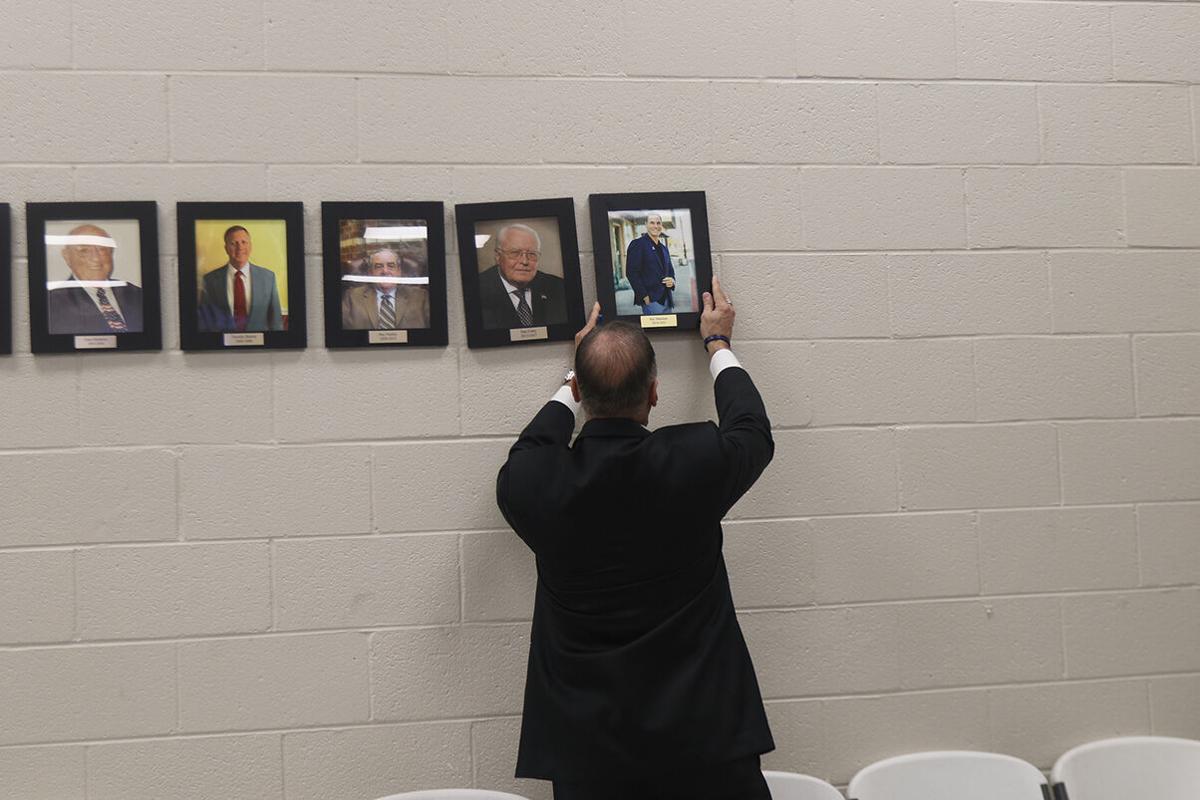 Former Loganville mayor Rey Martinez hangs his official portrait alongside other past mayors at City Hall on Jan. 13, 2022. 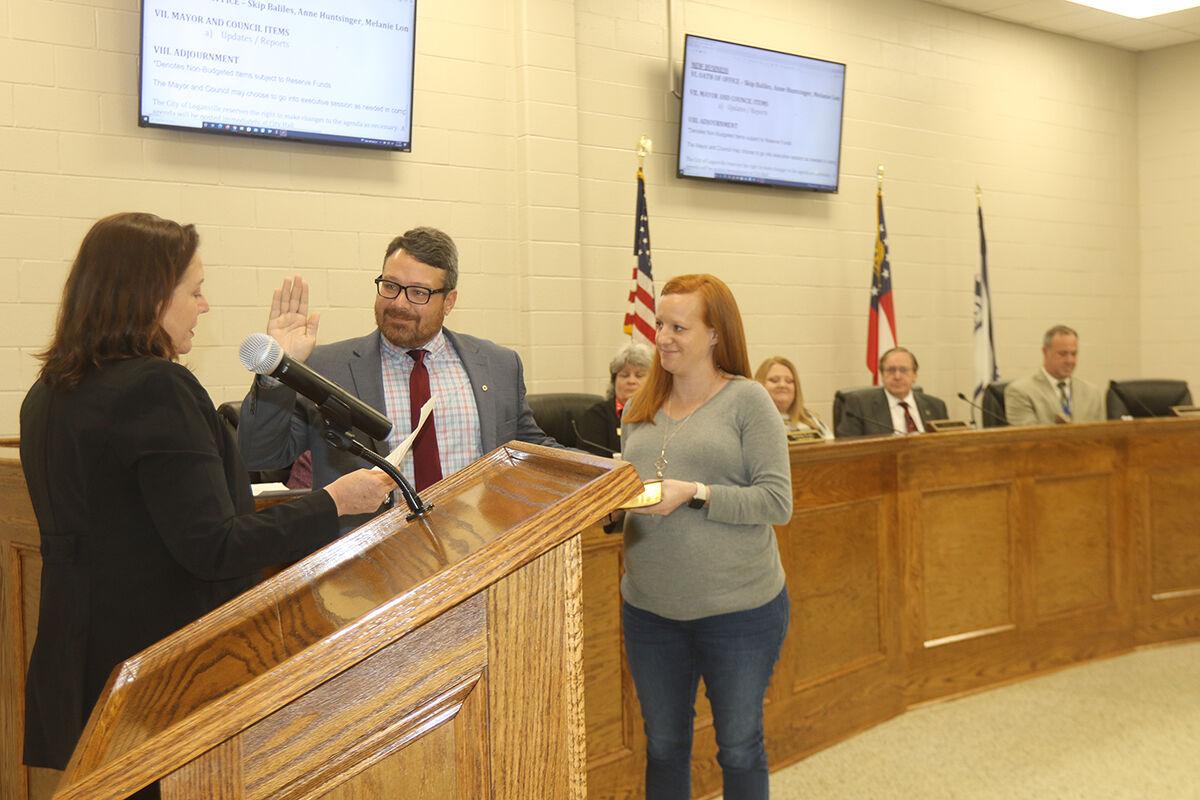 Former Loganville mayor Rey Martinez hangs his official portrait alongside other past mayors at City Hall on Jan. 13, 2022.

Loganville residents witnessed a changing of the guard among its city leadership Thursday.

“This is a confirmation of our democracy,” Webb said before administering the oaths. “I am so honored to be a part of the process.”

Baliles, after he was seated to reconvene the meeting with the newly configured council in place, asked citizens to support their elected officials. Council members put in a lot of time and effort into legislating for their constituents, he said.

“These folks up here are the ones you’ve voted in to make those [difficult] decisions,” Baliles said.

Prior to turning over the gavel, Martinez thanked citizens, fellow council members, city staff, his family and heaven above for allowing him to serve. The former mayor hopes to continue his public service at the state level. Martinez, a Republican, is running for Georgia House District 111.

Ford and Newberry also thanked their supporters, reminisced about their time in office and offered City Manager Danny Roberts kudos on his role managing the city day-to-day.

“We are a family here, we are a team,” Roberts said. “Even when we don’t always agree.”