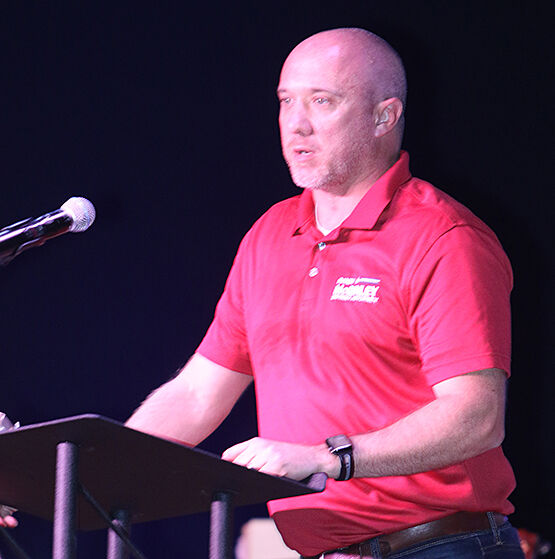 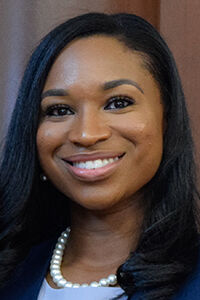 Destiny Bryant is the 2020 Democratic nominee for district attorney in the Alcovy Judicial Circuit.

Be they racial, geographic or partisan, the battle lines are clear in the race to be the Alcovy Judicial Circuit’s district attorney.

This race seems to be a bit under the radar, at least in Walton County, but make no doubt, it’s an important one.

Destiny Bryant is the 2020 Democratic nominee for district attorney in the Alcovy Judicial Circuit.

Squaring off are Democrat Destiny Bryant of Newton County and Republican Randy McGinley of Walton County.

If Bryant wins, she’d be the first Black district attorney in the circuit’s history. If McGinley wins, he’d be the first from Walton County since John Ott gave up the role to become a judge in 1990.

There has been plenty of back-and-forth about what a win by either would mean.

McGinley — who has served as interim district attorney since the governor appointed Layla Zon as a Superior Court judge — accuses Bryant of being a “progressive prosecutor.” On a recent weekend, he took to Facebook to urge voters to consider having their home broken into, and suggested his opponent “wants to help the perpetrator more than you.”

Bryant responded that McGinley is nervous and “invoking fear” to drum up votes.

Instead, she touted her experience as a prosecutor — Bryant worked in the DA’s office before resigning this summer to focus on the race — but said each case deserves an independent review.

When I asked her campaign aide what that meant, I was told it included expansion of pretrial diversion programs and accountability courts, developing community partnerships for young offenders, again allowing sentences on individual merits “and not based on a sentencing grid” and “creating office policies and practices that do not severely punish low-level offenses.”

McGinley pleaded his case to Walton County Republicans earlier this month, noting more than national races are on the ballot.

“We also don’t want to bring progressive prosecution” to the circuit, he said.

He noted the Newton County GOP is not nearly as active as the party is in Walton, which means the Republican nominee needs to run the table in his home county.

We saw county lines make a huge difference in the judge’s race this summer. Monroe attorney Jeff Foster got more Walton votes than Covington attorney Bob Stansfield did Newton votes, lifting Foster to victory. Can that pattern hold? We’ll find out next week.