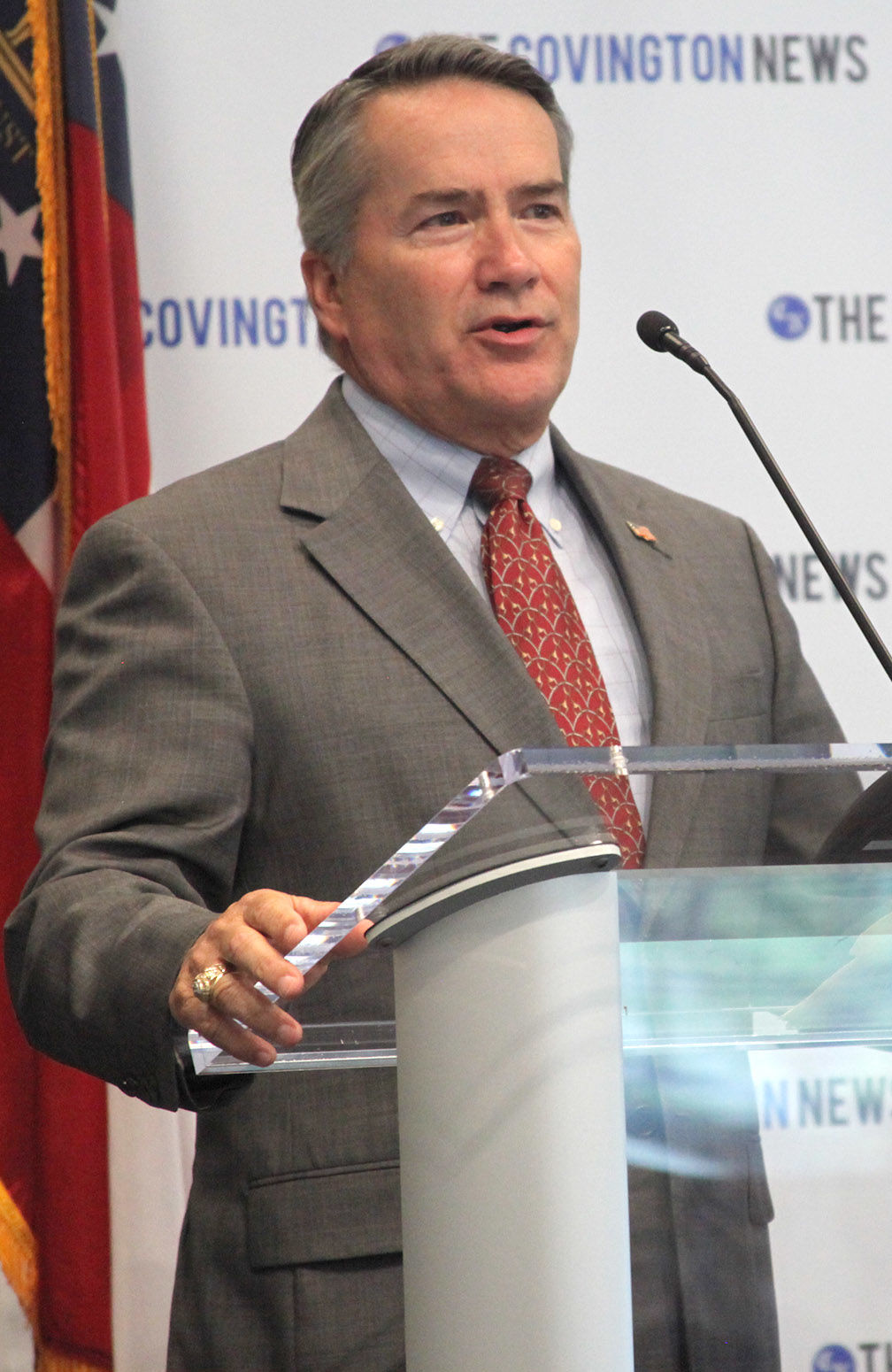 Sen. Bill Cowsert, R-Athens, is the majority leader of the state Senate.

Sen. Bill Cowsert, R-Athens, is the majority leader of the state Senate.

We understand the temptation to reject any tax measure out of hand at the ballot box, but that would be the wrong approach on the SPLOST issue facing Walton County voters this fall.

Instead, we endorse a Yes vote in the special election.

Walton County voters are asked to vote for a 1 percent sales and use tax. It’s important to note we’re already paying this tax, so it’s really a continuation of a tax and not a new one. We’re just voting for a new slate of projects, and it’s a package of improvements that will have a benefit for citizens across the county.

The tax is expected to generate about $60 million, divided to local governments by population. The county government would get about $41 million. All of it goes for capital improvement projects.

The bulk of money going to the county government will benefit transportation projects ($14 million) and parks and recreation ($10 million).

In Loganville, the majority goes to transportation projects — something any driver in west Walton could attest is needed.

Social Circle will put the bulk of its money toward water and sewer infrastructure.

And, there’s money for the smaller cities of Walnut Grove, Between, Good Hope and Jersey too.

Voting No wouldn’t mean the needs for these projects goes away. We’d still have infrastructure issues, but the sales tax means people who pass through Walton County on their way to a ballgame in Athens or visiting for events help us pay for them.

A No vote means we’d all do it through higher property taxes — and they seem high enough as it is.

Walton County’s voice in Congress is Jody Hice, a Republican from Greensboro.

Hice has done a stellar job representing the conservative values of our area. He faces a Democratic opponent who’s spent little time in the area and about whom we know little. There may well be a Blue Wave coming in Washington, but we don’t see any reason why the 10th District of Georgia should be a part of it. Vote to return Hice to Congress.

Only one of the four seats in the Walton County legislative delegation is contested this year.

Senate Majority Leader Bill Cowsert, R-Athens, has been an effective representative for our area. And, he does well as a Republican leader in the General Assembly. Cowsert also has been an advocate for open and transparent government.

A friend to Walton County, Cowsert earns our endorsement for re-election.

The Walton County Board of Education has three seats on the ballot, but only one is contested.

Krawczyk has been active in the community through his leadership of Grace Monroe at the Mill, a growing church. And, he’s been visible through Communities In Schools of Walton County and organizations in his children’s schools. He deserves a shot at affecting change on the county school board.

Our View is the opinion of the Walton Tribune editorial board, which includes Owner Patrick Graham and Editor and Publisher David Clemons.