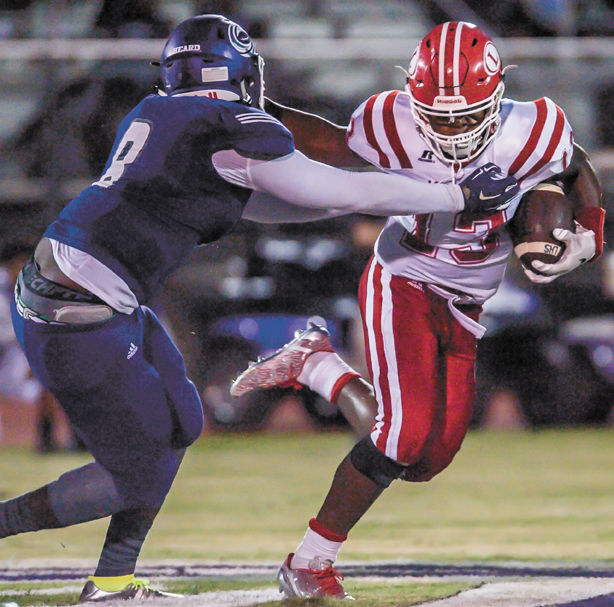 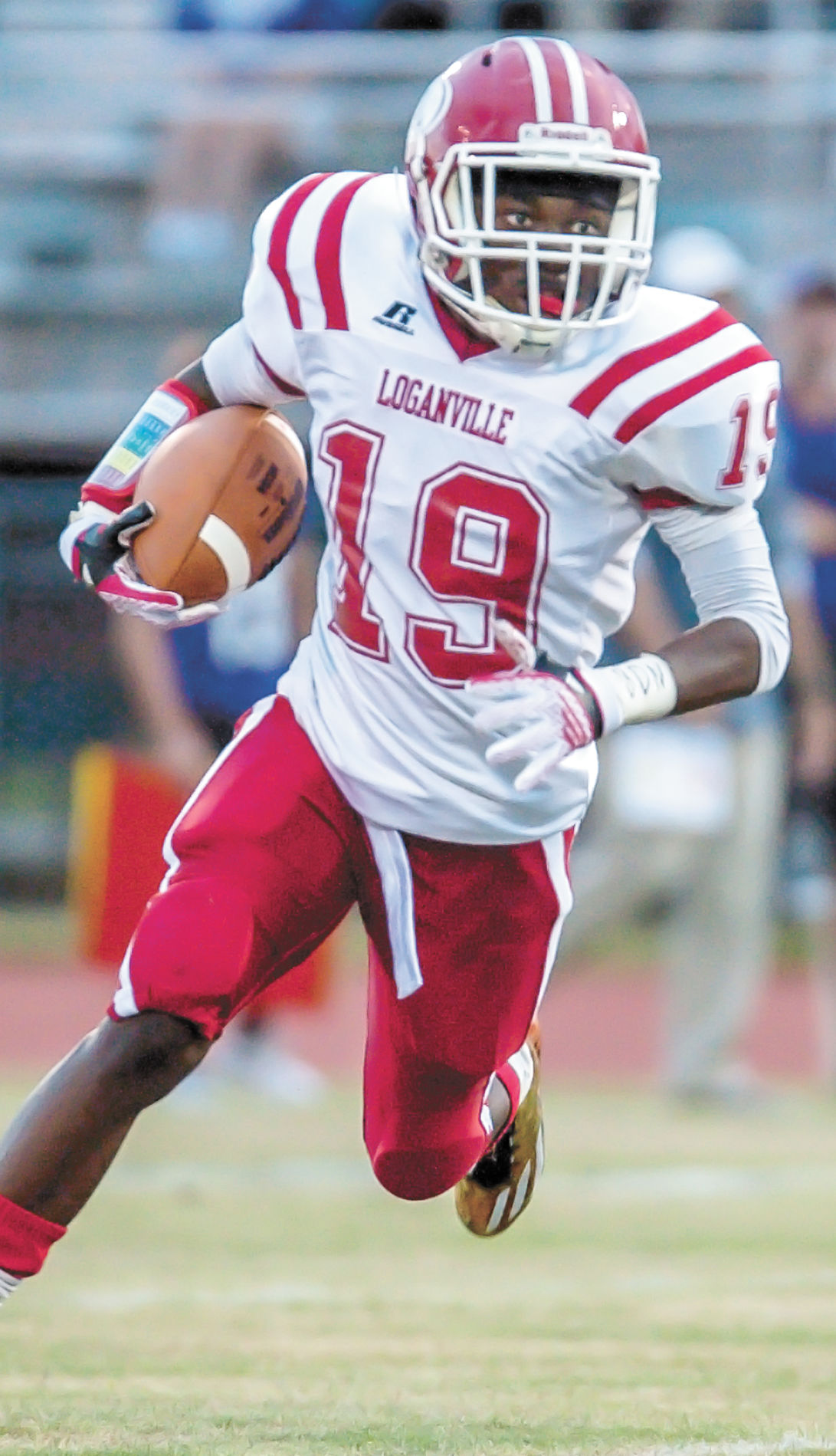 Senior Bryce Nelson gets some first-half yardage for Loganville in the Red Devils’ rivalry game Friday night at Monroe Area. 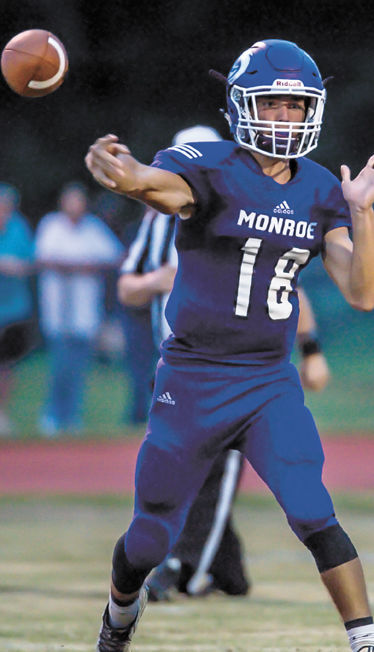 Senior Bryce Nelson gets some first-half yardage for Loganville in the Red Devils’ rivalry game Friday night at Monroe Area.

MONROE — It’s been said anything can happen in a rivalry game, but what many Walton County football fans thought would happen, happened Friday night at the Purple Pit.

Loganville cruised to an easy 30-7 win over its main county rival, Monroe Area, bringing the Red Devils one game closer to tying the overall series with the Purple Hurricanes. After Friday night’s victory the series sits at 18-17 in favor of the ’Canes. The win was the Red Devils’ third win in a row over Monroe.

“There wasn’t a whole lot we had to tell the kids to get them amped up (for the game),” Loganville head coach Mike Humphreys said. “It’s Loganville vs. Monroe.”

Loganville sputtered early on offense, partially a result of a stingy Monroe Area defense, but the Red Devils finally found the end zone with 3:10 left to go in the first quarter when Darryl Giles scampered 33 yards for a touchdown.

A quick four-and-out by the Hurricanes gave the Red Devils the ball back deep in Monroe Area territory at the Hurricanes’ 11-yard line. Loganville turned the gift into points two plays later with a 15-yard strike from Cameron Perkins to Shy Kim.

Loganville tacked on another touchdown, a 36-yard pass from Perkins to Giles, and a 20-yard field goal by Josh Moore to go up by 23 at halftime.

The Red Devils stuck a proverbial dagger in the heart of Monroe Area with a 3-yard touchdown by Giles with 10:38 left to play making the score 30-0.

Loganville tallied 269 yards of total offense on the night, 150 of that coming on the ground and 119 of it from the arm of Perkins.

“We made too many mistakes in the first half,” Monroe head coach Joey Sulkowski said. “We came out after the half and challenged our guys and played, I thought, pretty flawlessly in the second half.”

Inexperience hurt Monroe Area offensively. The Hurricanes are in sort of a rebuilding season after losing 23 seniors to graduation last year; nine of those seniors were starters on the offense.

“We just hurt ourselves offensively in the first half,” Sulkowski said. “But you could see some of the potential and the wheels turning a little bit in the second half. I just couldn’t be more proud of the way our guys responded in the second half.”

Monroe’s lone touchdown came in the fourth quarter when junior quarterback Hunter Mitchell hit sophomore Jakia Thompson down field for a 15-yard strike with 5:38 left to play. Monroe ended the night with 176 yards of total offense, 132 of which came through the air.

“Give coach (Sulkowski) and his guys credit,” Humphreys said. “They were down 23-0 after halftime and they kept playing hard all the way to the end.”

But in the grand scheme of things, Friday night’s loss doesn’t matter much to Monroe Area.

The only thing hurt was the Hurricanes’ pride. Both teams still have a chance to make the playoffs.

“Luckily we have a few more games to play to help get us ready for the region schedule,” Sulkowski said. “Hopefully we can get some of the kinks worked out.”

Both Monroe Area and Loganville play at home next week. The Red Devils will take on North Forsyth at 7:30 p.m. while the Hurricanes play host to another county rival, Social Circle, at 7:30 p.m.