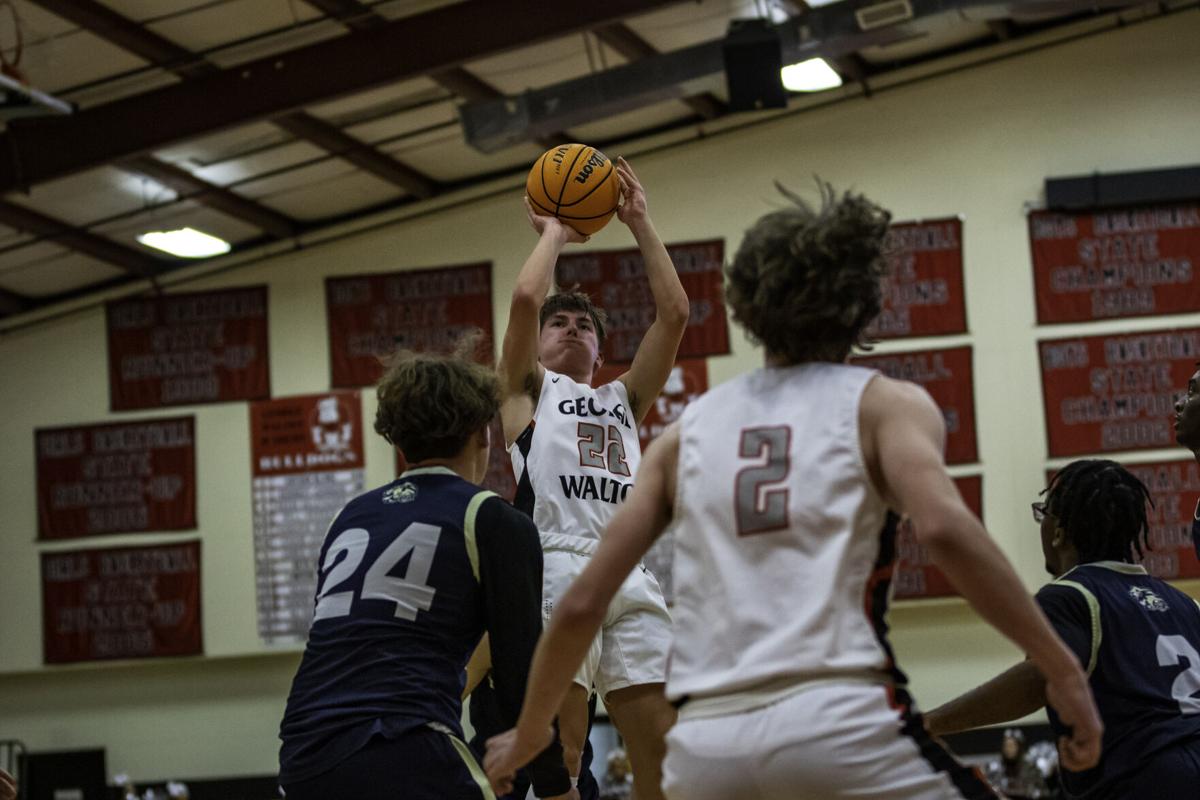 Noah Hicks (22) put up 15 points for George Walton Academy during the Bulldogs’ 72-61 win over Loganville Christian on Jan. 26, 2021 at the Nicholson Center. 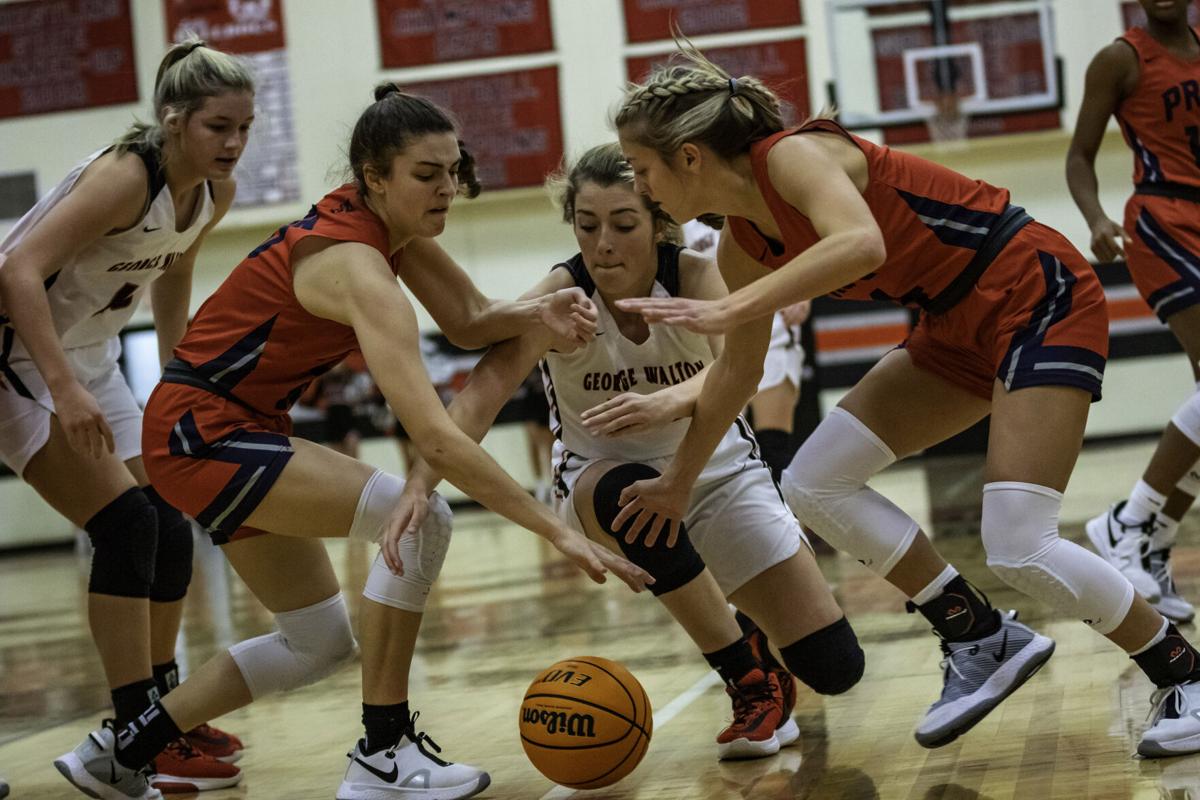 George Walton’s Caroline Conner, center, fights with two Providence Christian players for a loose ball during the Lady Bulldogs loss to the Storm on Friday. The 45-27 loss dropped GWA’s girls to 3-8 on the season.

Noah Hicks (22) put up 15 points for George Walton Academy during the Bulldogs’ 72-61 win over Loganville Christian on Jan. 26, 2021 at the Nicholson Center.

George Walton’s Caroline Conner, center, fights with two Providence Christian players for a loose ball during the Lady Bulldogs loss to the Storm on Friday. The 45-27 loss dropped GWA’s girls to 3-8 on the season.

The rivalry between George Walton and Loganville Christian will take a few more years to warm up, but in the meantime the Bulldogs added another notch on the win column in the series with a 72-61 win over the Lions.

It was the second win of the year against LCA as GWA won 78-70 earlier in the month.

Loganville Christian has struggled this season and entered Friday night’s contest with just one win on the year while Georgia Walton had won six heading into the matchup. However, the Lions took an early lead and were up 20-16 at the end of the first quarter.

GWA took control in the second quarter and outscored LCA 18-2 to take a 34-22 lead into the locker room at the half.

The Bulldogs continued to outscore LCA in the third and expanded their lead to 56-37 by the end of the third quarter.

In the fourth quarter, LCA tried to claw its way back, but George Walton hung on to win 72-61.

LCA was led by seniors Larry Kennedy with 18 and Cameron Fryar with 17 points.

Due to Loganville Christian not fielding a girls team this season, George Walton’s girls team faced off with Providence Christian in a non-region matchup.

The first quarter was a low-scoring affair with Providence leading just 8-2 at the end of the frame.

However, GWA made a run and took a 14-13 lead as the horn sounded for halftime.

George Walton returned to action Saturday evening with both teams falling to Lakeview Academy. The boys lost a close 55-54 contest while the girls fell by a final of 65-56. George Walton was slated to travel to Athens Academy on Tuesday for another Region 8-A Private matchup with the Spartans.

Greg Yarman is an educator in Walton County and a correspondent for The Walton Tribune.