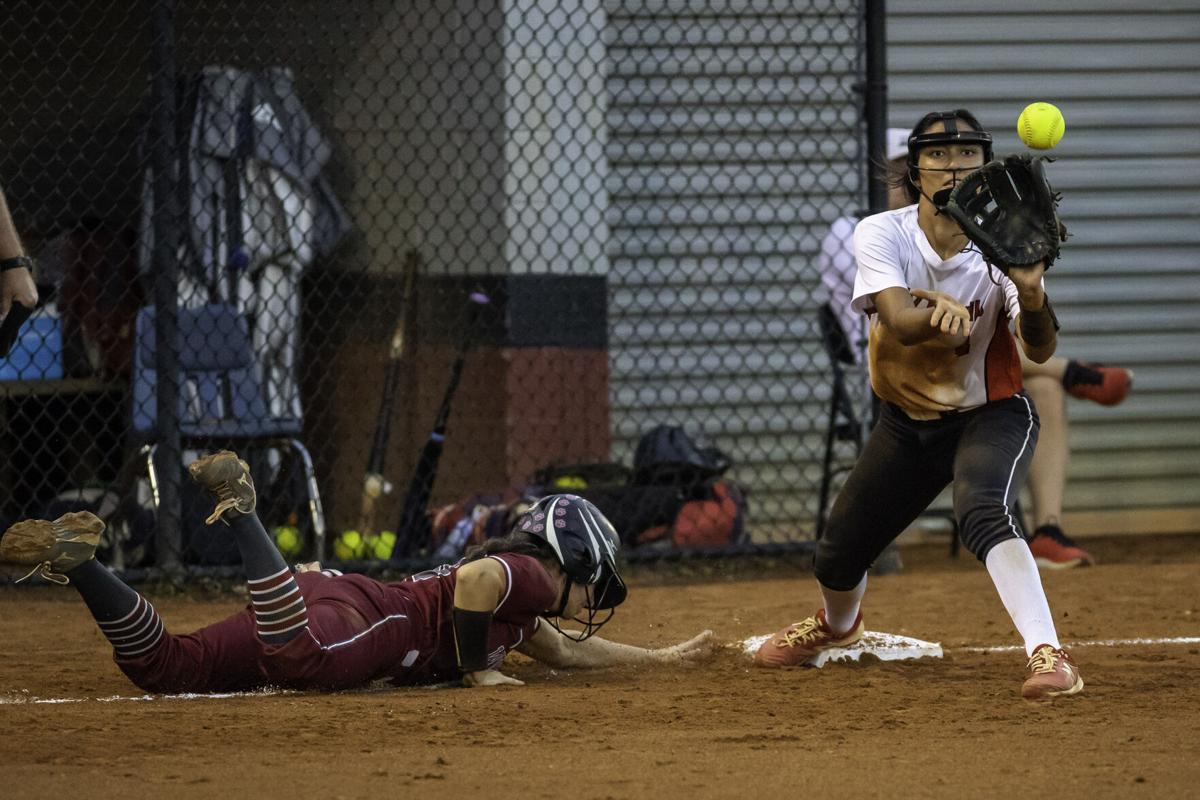 Loganville’s Lindsey Lumsden tries to tag a Whitewater runner out at third base during the Lady Devils’ Game 2 loss to the Lady Wildcats on Oct. 27, 2020. 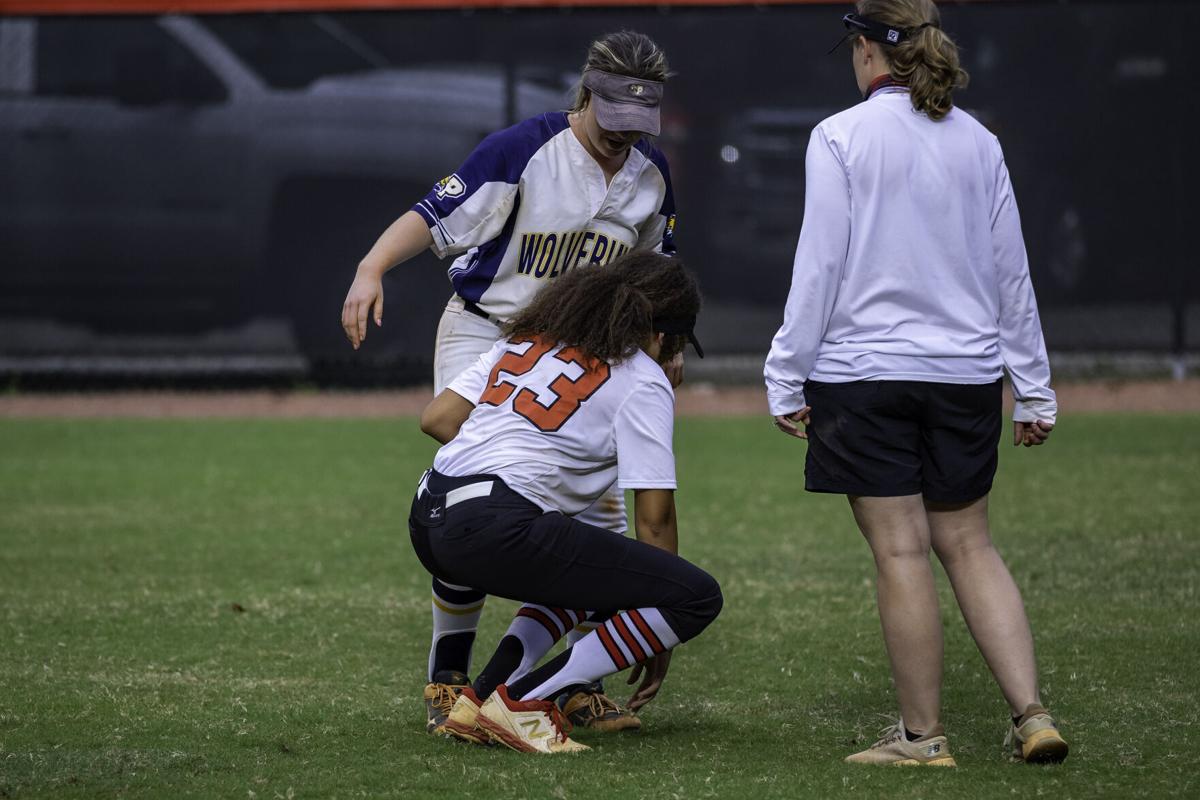 Loganville’s Lindsey Lumsden tries to tag a Whitewater runner out at third base during the Lady Devils’ Game 2 loss to the Lady Wildcats on Oct. 27, 2020.

It’s not the way George Walton, Loganville or Walnut Grove imagined the 2020 high school softball season would end, but it’s what happened. All three teams were swept in the Elite Eight on Thursday, bringing a surprising end to all three respective seasons.

Perhaps the most surprising was George Walton, which fell to Prince Avenue 1-0 and 4-2. The Lady Bulldogs had beaten the Lady Wolverines three times heading into the matchup in the Elite 8.

Game 1 was a pitcher’s duel. Prince Avenue’s Maddie Gillespie gave up just one hit to a strong Lady Bulldogs lineup while George Walton’s Taylor Tinsley continued to impress by giving up just two hits and striking out 14 during her seven innings of work. However, one of the two hits Tinsley gave up proved to be all the offense Prince Avenue needed when Karlee Armstrong launched a solo home run in the top of the seventh.

GWA struggled at the plate in Game 2 as well, producing two runs on three hits during the 4-3 loss. After Prince Avenue took an early lead, Caroline Conner got the GWA rally started with a double in the fourth followed by a double by Tinsley. CC Veal grounded out on a fielder’s choice, but picked up the RBI when Conner scored. Two pitches later, Tinsley scored on a passed ball.

Conner started in the circle during Game 2, but pitched just an inning and a third before giving way to Tinsley.

GWA finishes the season as the Area 4-A (Private) champion with a 24-3 record.

Much like George Walton, Walnut Grove couldn’t get much going at the plate Thursday on the road at Starr’s Mill, losing to the Lady Panthers 5-1 in Game 1 and 9-0 in Game 2.

The Lady Warriors mustered just two hits in Game 1 and none in Game 2. Kennedy Votava singled in the top of the fourth in Game 1 while Nova Wright blasted a solo shot in the seventh inning of the same contest.

Walnut Grove finishes the season as the Region 8-AAAAA champion with a 24-11 record and an eighth straight trip to the Elite 8.

Late errors proved to be costly for the Loganville Lady Devils as Whitewater scored four runs in the sixth inning of Game 1 to win 4-3 and three runs in the seventh of Game 2 to win 6-5.

Loganville grabbed a 3-0 lead in Game 1 with a three-run inning in the fifth. Brooklin Lippert scored from third on an error followed by a two-run RBI double by Lindsey Lumsden. However, Whitewater answered with a big inning of its own in the sixth when the Lady Wildcats scored four runs to take the lead for good.

The Lady Devils came out hot in Game 2 and put up a three-spot in the top of the second thanks to a three-run homer by Anna Waites. Loganville added another in the third when Lippert scored on a double by Katie Plummer.

Whitewater got on the board with a RBI single in the fourth followed by a fielder’s choice in the fifth that added another run. The Lady Wildcats cut the Loganville lead to one in the sixth with another RBI single.

Loganville picked up another run in the seventh thanks to a sacrifice fly by Madison Keener that drive in Lippert. However, Whitewater capitalized on being the home team in Game 2 and did most of its damage in the bottom half of the final frame. The Wildcats scored on a passed ball to pick up the walk-off 6-5 win.