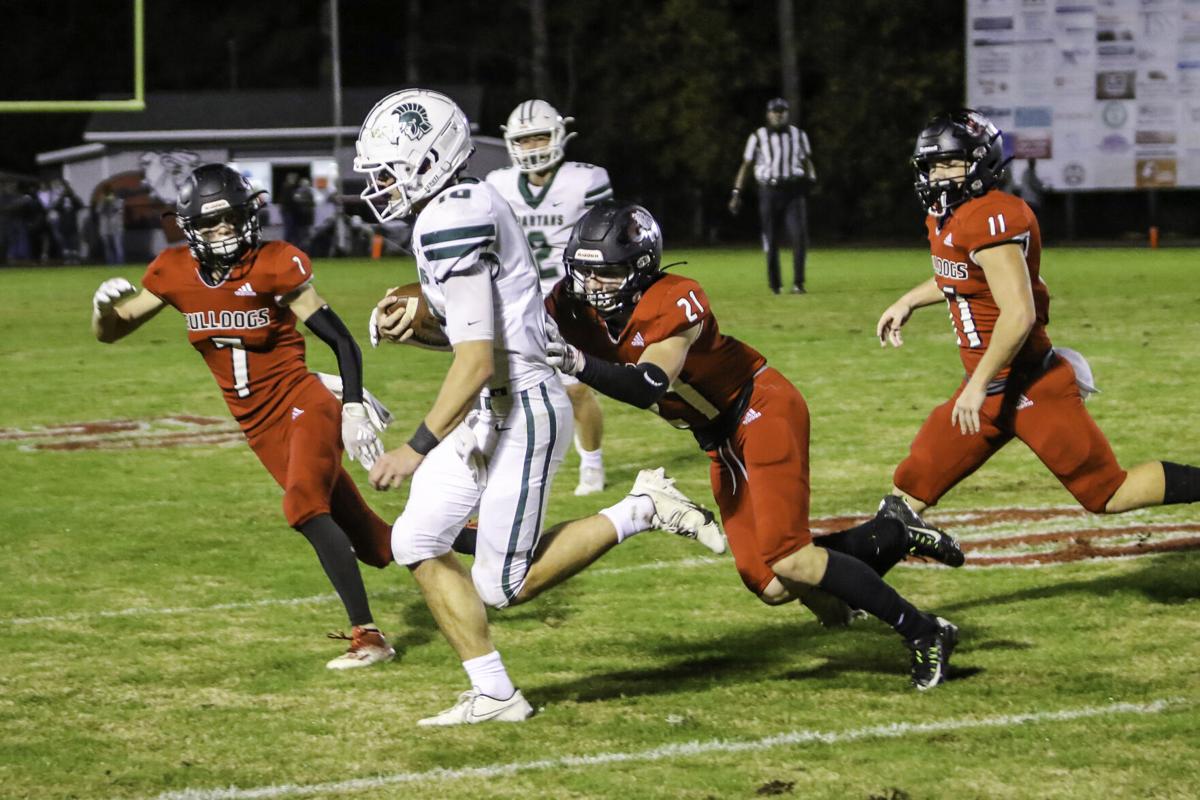 George Walton’s Russell Hunley (21) makes a tackle on an Athens Academy runner during a high school football contest on Nov. 13, 2020. 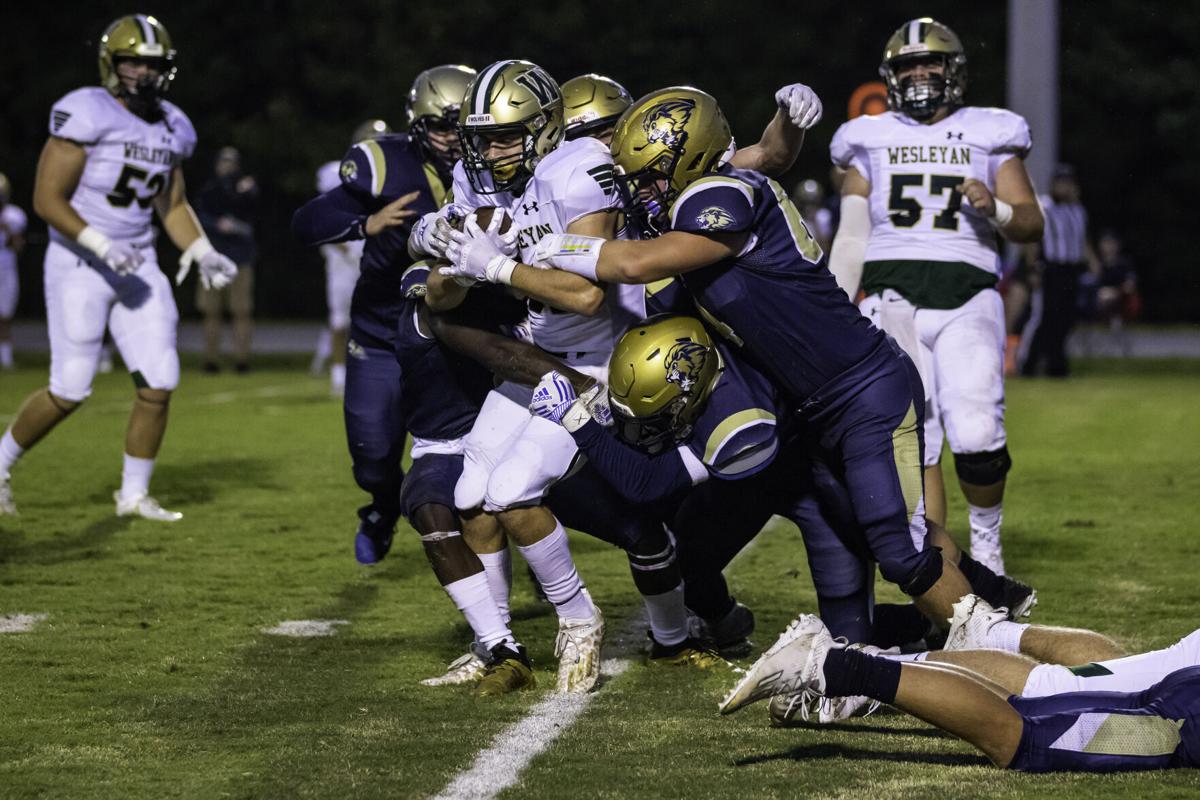 Loganville Christian Academy’s defense swarms a Wesleyan ball carrier during the Lions matchup with the Wolves on Sept. 25, 2020.

George Walton’s Russell Hunley (21) makes a tackle on an Athens Academy runner during a high school football contest on Nov. 13, 2020.

Loganville Christian Academy’s defense swarms a Wesleyan ball carrier during the Lions matchup with the Wolves on Sept. 25, 2020.

With last Friday’s loss to fourth-ranked Athens Academy, the Bulldogs lost a shot at finishing as runner-up in the region and earning a first-round home playoff game. Instead, they’ll settle for third place, thus avoiding having to play a region champion in the opening round.

But before that, they’ll wrap up the regular season with an historic showdown with Loganville Christian. It’ll be the first-ever meeting of the two local private schools on the gridiron.

As expected, LCA has struggled with a transition complicated by the late addition of a new head coach and lost practice time to COVID-19. Then they were forced to drop two games because of a virus outbreak at the school.

George Walton would like to build some momentum and stay healthy at the same time before starting the postseason in two weeks.

David Johnson is a correspondent for The Walton Tribune.