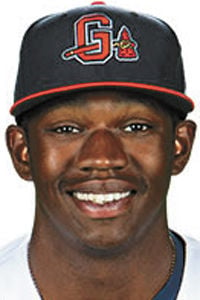 Tyrell Jenkins is a pitcher in the Atlanta Braves' organization. 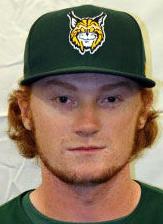 Clint Frazier, a graduate of Loganville, is an outfielder in the New York Yankees organization.

The Gwinnett Braves will begin their quest for the International League championship on Wednesday, fresh off winning the South Division.

The Braves beat Charlotte 6-2 on Monday to clinch their first division title since moving to Gwinnett in 2009. The Atlanta Braves’ Triple-A team made it to the Governors’ Cup playoff that year as a wild card.

Gwinnett opens the best-of-five first-round playoff series at West Division champion Columbus at 6:35 p.m. Wednesday. After Game 2 on Thursday, the series returns to Lawrenceville for a 7:05 p.m. game Friday.

Games 4 and 5, if necessary, would be Saturday and Sunday at the Braves’ Coolray Field.

Frazier is a top prospect in the Yankees organization. His RailRiders won the IL North with a league-best 91-52 record. They travel to take on division foe Lehigh Valley, which won the wild card berth, for a best-of-five series starting Wednesday.